I got a bit carried away with carrots earlier, and forget the news of the day! 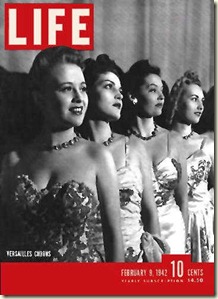 President Franklin Roosevelt instituted year-round Daylight Savings Time called "War Time", on February 9, 1942.  This idea had first been utilised in 1916 by Germany in an effort to conserve fuel during WWI, and was then adopted by the rest of Europe, and then by the US in 1918.   War time meant that all clocks were forward one hour, and lasted until the last Sunday in September 1945, and the following year, many states and localities adopted summer daylight savings time, much like here in Australia. 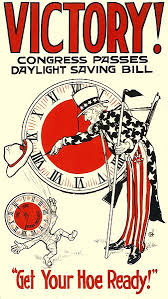 February 9, 1942, also saw the last civilian car produced in Detroit for a few years, so that resources could be utilised for the war effort.

Of course petrol was rationed during the war, and most Australians would be lucky to own a car, but car sharing was encouraged both in Australia and overseas.

In fact, according to the Merriam-Webster dictionary, the first known use of the term “car pool” was in 1942.  Car pooling has been a running gag in the cartoon strip “Blondie”, which was first created in the 1930s -  a truly vintage cartoon! 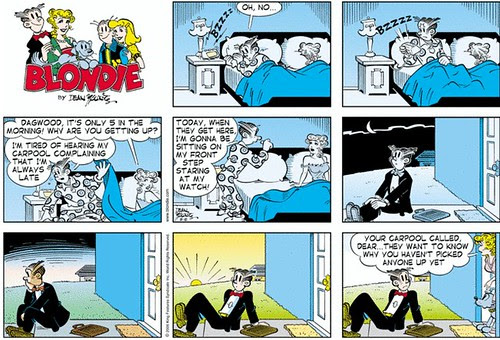