Prime Minister Raymond Poincaré was elected as the new President of France on this day in 1913.  A conservative leader,  who was vocally anti-German, but committed to political and social stability, he  served five times as Prime Minister, and as President from 1913 to 1920. 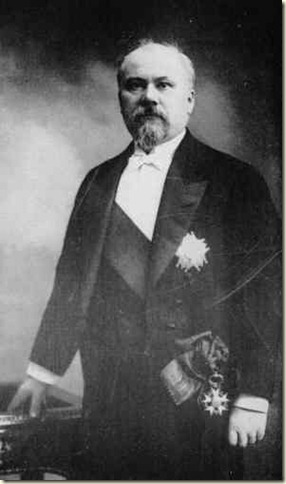 Poincare, the son of an engineer and meteorologist, was born in Bar-le-Duc, France, on 20th August, 1860. After graduating from the University of Paris he became a lawyer in 1882 and was for some time law editor of the Voltaire.

His most famous moment as a lawyer was probably in his defence of author Jules Verne in 1897, when  chemist Eugène Turpin, inventor of the explosive melinite, claimed that the "mad scientist/professor Roch" character in Verne's book Facing the Flag was based on him.  The court decreed that even if that were so “a novelist cannot be forbidden to  draw inspiration from notorious facts and well known personalities”, otherwise it “would be necessary to forbid the publication of novels and close all theatres.” Poincare was elected to the Chamber of Deputies in 1887 and six years later became France's youngest ever minister when he was placed in charge of education (1893-94). He also served as minister of finance (1894-95) before once again becoming minister of education (1895). In 1902, he co-founded the Democratic Republican Alliance, and was appointed head of a coalition government in January 1912.  He pursued hardline anti-German policy, as he was concerned about the growth of German militarism , while trying to restore close ties with Russia, going there for a State visit in August 1912. 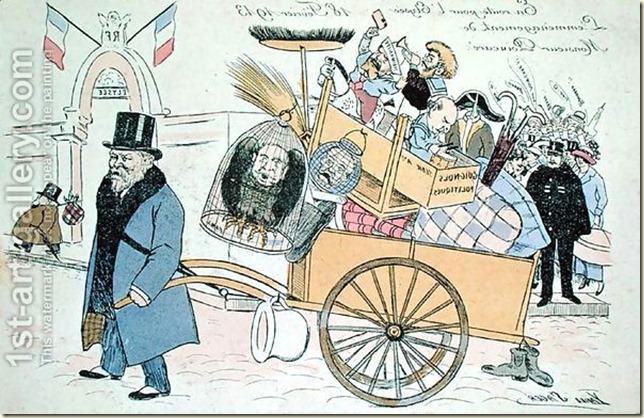 In January 1913, Poincare defeated Georges Clemenceau to become president of France, and he attempted to make that office into a site of power for the first time since the 1870s and continued to dominate foreign policy. He went to Russia, for the second time (but for the first time as president) to reinforce the Franco-Russian Alliance in July 1914.    The office of president is France’s most senior office, and outranks all other politicians, with significant authority in foreign policy and national security, although the Prime Minister of France and parliament oversee much of the nation's actual day-to-day. 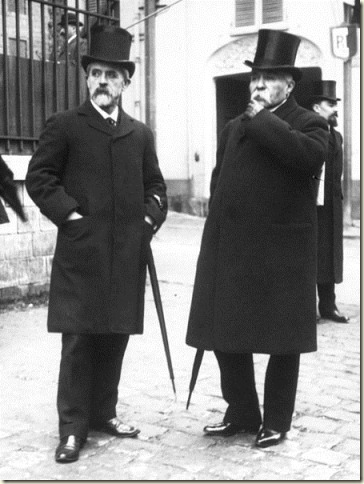 During WWI Poincare tried hard to preserve national unity, however he found it difficult working with Clemenceau who became prime minister in 1917. Poincare believed the Armistice after WWI happened too soon and that the French Army should have penetrated Germany far more , taking control of the Rhineland.

Poincare returned to the Senate after his presidential term came to an end in February 1920. A supporter of the war guilt clause in the Versailles Peace Treaty he served as chairman of the reparations commission, before returning to power as prime minister in January 1922. He refused to accept a delay in reparation payments and in January 1923 ordered the French Army into the Ruhr,the main centre of Germany's coal, iron and steel production.

In the 1924 elections Poincare was replaced by Edouard Herriot as prime minister, but he was once again brought back to power in July 1926 and served as both prime minister and minister of finance, until ill-health forced him to resign in July 1929.  It appears that Poincare never married or had children.  He died in Paris on 15 October, 1934.

Golly, I am getting so educated with these posts – I hope you are too.