Tomorrow I leave for Melbourne for a week, so I will probably not be blogging.  I will, however, be taking photos, which I will post on tumblr, so check that out if you're interested.  I will try and take shots of vintage Melbourne if I can, and maybe elephants. So anyway, this week a movie with no elephants, but it is vintage.

Motion pictures in 1913 were shorter than today, without sound and in black-and-white, of course, but they were sometimes presented as part of a set of vaudeville performances, with live musical accompaniment, or sometimes as a set of several short films.  In the days before movie palaces, movies were shown in normal theatres, which often gave them a special feel.  I quite like them, but they are definitely better with music than without.  My kids are not so impressed with my ‘old day movies’, but as they are short they try and put up with them just for me!

This 1913 dramatization of Robert Louis Stephenson’s classic horror story The Strange Case of Dr. Jekyll and Mr. Hyde (1886) was written and directed by Herbert Brenon and stars the ‘king’ of the silent films, William King Baggot. 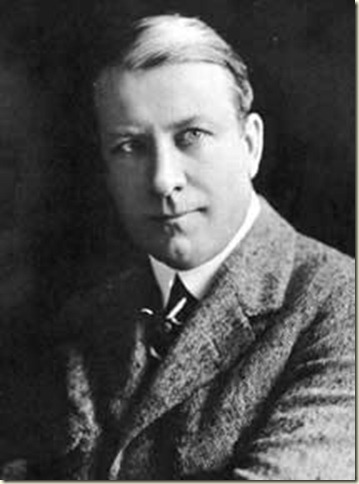 Baggot (November 7, 1879 – July 11, 1948) was also known as  "The Most Photographed Man in the World" and "The Man Whose Face Is As Familiar As The Man In The Moon," and he appeared in at least 269 motion pictures from 1909 to 1947; wrote 18 screenplays; and directed 45 movies from 1912 to 1928.
The most notable difference from the original written story is probably the addition of a love interest for the doctor, Alice (played by Jane Gail) , and while her presence adds little to the story, it is nice to see some feminine 1913 fashions. 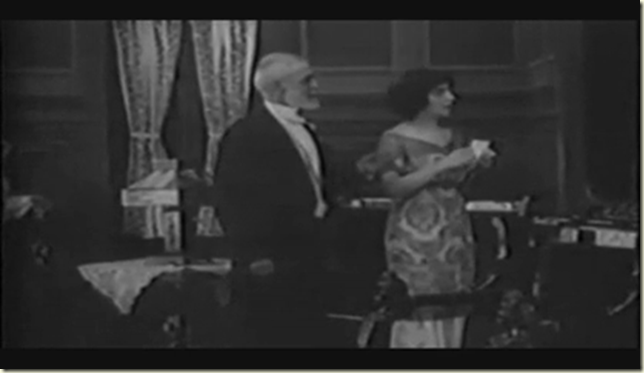 Baggot’s portrayal of the metamorphosis sequences, from the upright Dr Jekyll to the crouched, evil Mr Hyde, are very good and show his excellence in the craft of acting – there are no special effects here apart from some stop motion photography while King applies his own makeup! 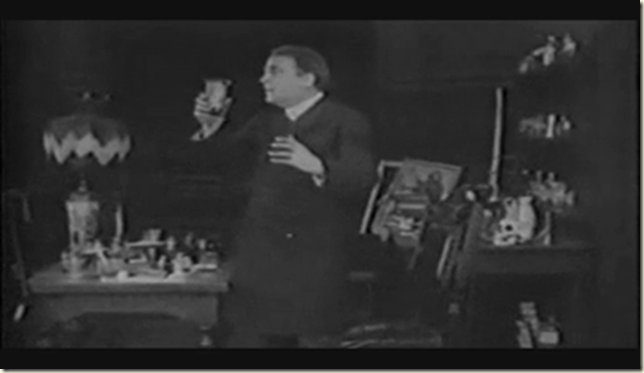 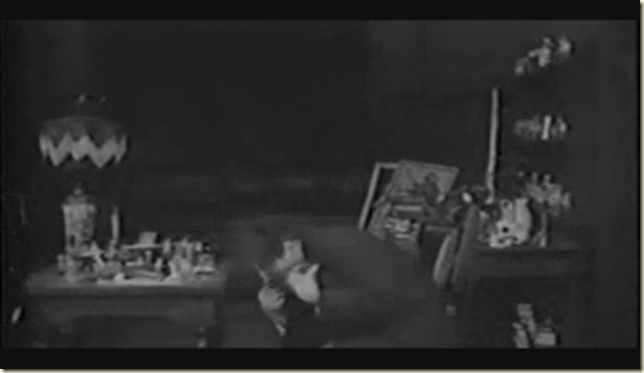 The film is only twenty-six minutes long and well worth a watch if you have time.


You can read more about the movie here, or find the movie for  free download here.  The above photos are stills I have taken from this version of the movie.  If you are not keen on silent movies, there are over 20 other version of the movie available, the latest a series made in 2008, and there was even a musical version, which will be played again on Broadway from April this year. 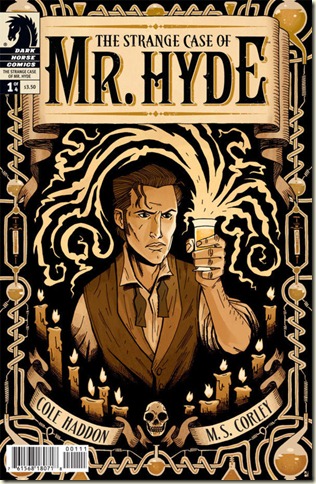 There are also rumours of a new movie by Dark Horse Entertainment, based on  the comic book by Cole Haddon, The Strange Case of Hyde , as well as Waterfoot Films' independent Strange Case of Dr. Jekyll, set in modern times and Jekyll, with Keanu Reeves and finally Guillermo Del Toro ‘s  own vision for Dr. Jekyll and Mr. Hyde.  As long as he doesn’t turn into a woman, I’m happy.