This weeks vintage piece is a striking little black and white polyester dress from the 1960s or 70s by Merco Davron. 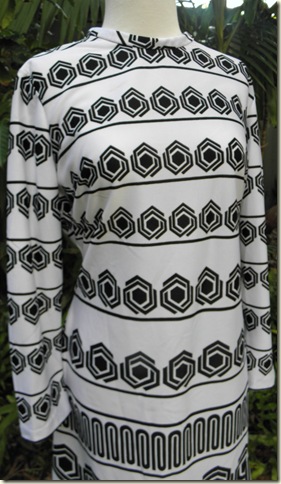 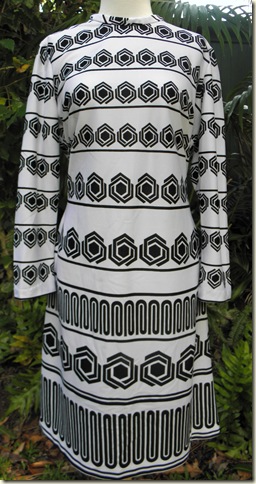 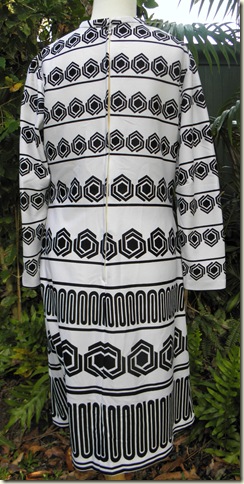 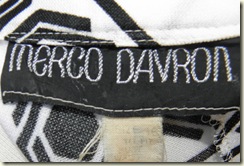 Merco Davron was an Australian designer who designed uniforms for the now defunct TAA Airline from about 1976 to 1984.  He certainly like strong geometric shapes and bold color. 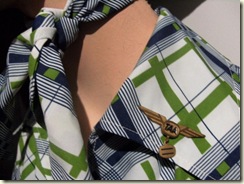 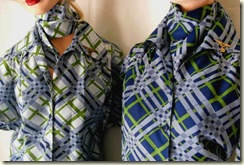 The Merco Davron office and shop was located at 45 Flinders Lane in Melbourne , which was the place for fashion design and the rag trade in Melbourne.

For a large part of the twentieth century, the rag trade was an important industry in Melbourne. Flinders Lane was at the heart of the trade, because of it’s proximity to wharves and railway stations, and its centrality to Melbourne’s population.

Lazar Slutzkin arrived in 1893 from Russia and soon opened a warehouse making and selling ladies’ white underwear. His brother joined him in the business and he employed many Jewish newcomers who eventually set up their own businesses.  Many Jewish migrants or refugees post WWII went to Melbourne and joined the rag trade, and made a large contribution to Australia’s economy.

Flinders Lane remained the centre of fashion innovation throughout the 70s, although the actual making of garments was then moved to the suburbs.  Other bright, young designers of the 60s and 70s included Geoff Bade, Prue Acton, Kenneth Pirrie and Thomas Wardle - the first generation of important non-Jewish designers in the rag trade.

Their descendants are there still, in small boutiques, among the cafes and law offices.  Visit if you can.

Have a lovely vintage day’