And I am still on track to not buy new in 2012.  Mind you the op shops do get lots of visits.  Today it was raining so I had a little browse at lunchtime.  Look what I found! 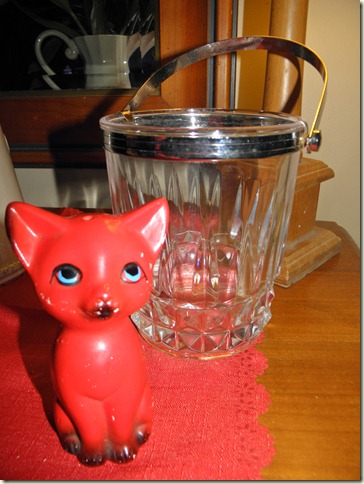 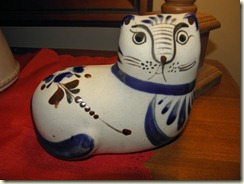 A crystal ice bucket, perfect for the evening scotch and soda,  a lonely red kitten pepper shaker and a lovely blue and white ceramic cat with a Scandinavian feel.  Total $7.50.

Todays outfit was simple, due mainly to the hot, steamy weather.  A  black knee length pencil skirt and aqua blouse, which I thought had a nice 40s peplum feel.  As usual when I feel a bit plain I put on a vintage pin – this one’s my favourite,  a vintage silver cherry brooch by Sarah Coventry.  I also wore black patent peep-toe shoes with bows and an aqua flower in my hair. 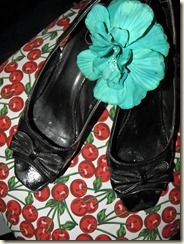 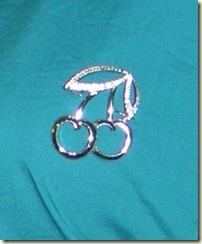 During the Battle of the Sunda Strait, the Australian Naval Cruiser, HMAS PERTH, and the United States cruiser HOUSTON, encountered a Japanese invasion force protected by several warships.

They managed to sink or damages a number of Japanese ships but were themselves sunk, with heavy loss of life, including the Perth’s Commanding Officer, Captain  Waller. Over half of Perth’s ships company lost their lives in the battle and the rest were captured and made POWs in the ensuing weeks. 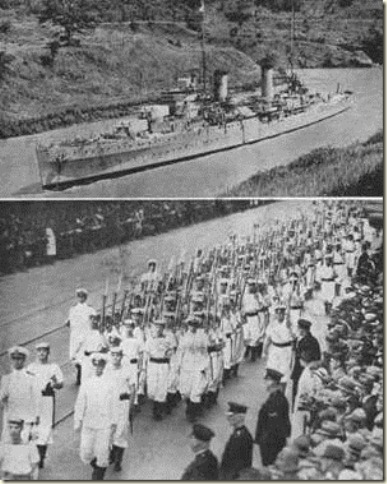 I love their uniforms, don’t you!  The Australians seem to wear chaps over their boots and pants for marching and dangerous work.

At other times they don’t.

HMAS Australia - Some of the crew ,late 1940s Source

The Australian uniform appears to be navy, and the dress uniform white, while the US uniform seems to always be white (if the movie version of Pearl Harbour is accurate).   Here’s a sweet photo of a US sailor and his family I found for sale on ebay.

And here is a short 1950s movie about women joining the Australian Navy.  The uniforms are great, but they seem like glorified cooks and waitresses!  A bit of a let down after the war I would think. 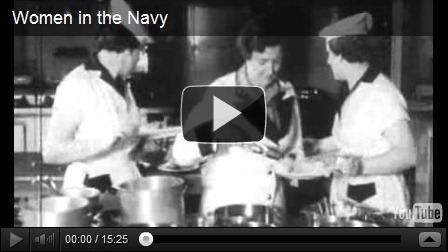 Join if you dare.

As I post this I find I have made a sale on Etsy – my fourth!  And to Spain.  Better go and list something else……….