During World War II, Townsville (4 hours drive north of Mackay, QLD where I live) was host to over 50,000 American and Australian troops and air crew. 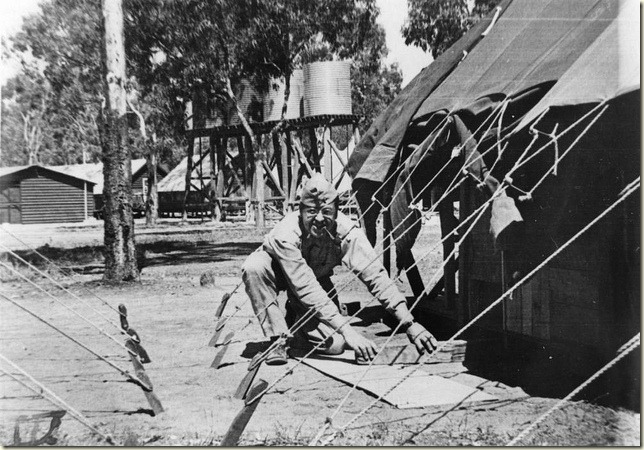 U.S. Army Chaplain, John Radlinski at the American Army Station Hospital near Townsville, ca. 1942
It became a major staging point for battles in the South West Pacific.  There were seven airfields and other bases around the city and in the region, and the first bombing raid on Rabaul, in Papua New Guinea, on 23 February 1942 was carried out by six B-17s based near Townsville.   It was common for B-26 Marauders, B-17 Flying Fortresss or B-25 Mitchell bombers to take off on long range bombing raids from Garbutt air base in Townsville.

The Strand today.
There was a  great deal of construction in Townsville during the War .   Apart from rebuilding the air base, the US forces converted several of the main roads to use as  extra airstrips, and maintenance workshops were built along these roadways.   Apparently,  the remains of some of these installations and airstrips are still evident, something I plan to look for when I am next there.
Some of the units based in Townsville were –
General Douglas MacArthur was supposed to have had his headquarters in an underground bunker which apparently still exists under an office building in the suburb of Garbutt, and there are also rumours of hidden air raid bunkers and  secret tunnels.   How exciting.  Nothing like that seems to be evident in Mackay.   There were also rumours that containers of mustard gas had been buried under castle hill, but further reports indicate that they were buried at sea off the coast.  Read more about the search here.
On a different note, here a few photos of vintage aprons and tea cosies from my collection that I have decided to put on Etsy.  My drawers are getting too full, so I have decided to part with some of them – even my scotty dog apron! 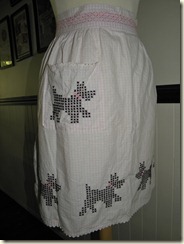 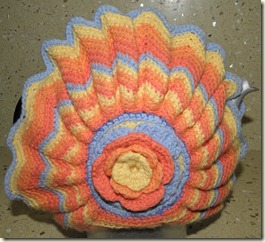 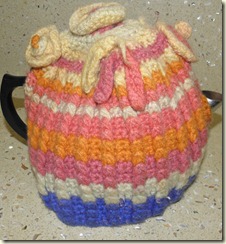 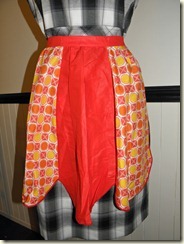 Oh, and I had my first riding lesson today – a nice gentle trail ride.  It was great, even though it was super hot and sunny.  We gave the horses a hose down afterwards, which they loved.  Next week I’ll take my camera!
Deb xx
Posted by Deb Clark at 20:00