In addition to rationing during WWII, the ‘Austerity Campaign’ promoted going without luxury items. People were told to: 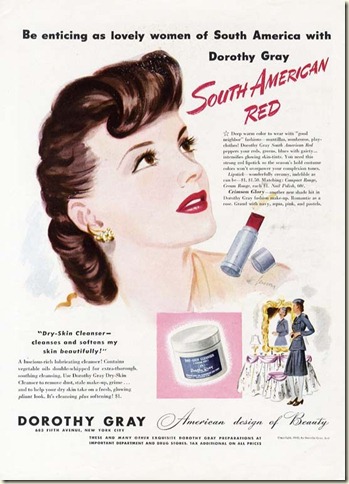 Today for breakfast I had All bran again.  I quite like it, and it certainly lives up to it’s advertising.
For lunch I had a ‘green smoothie’ that I made in the morning and took into work in a thermos.  I don’t think people made these in the 40s, but blenders were available, as an attachment to a mix master, so it would have been possible.  I just blended up a handful to two of young spinach leaves with a ripe banana and a glass of water.  So much easier to eat than salad, and great when you are busy. 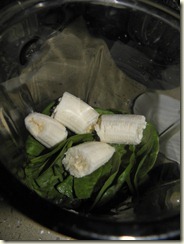 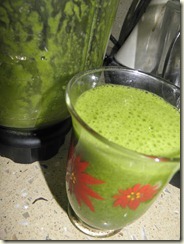 For dinner I had a another serve of my “Woolton Pie’ from last night it made 4 serves), with salad and one chicken skewer, as the rest of the family were having them.  OK, and I also had a couple of glasses of red wine – it’s Friday after all.

My family queried whether avocadoes would be in the war ration diet (I ate a bit of one yesterday).  I grew up in Melbourne, and I never tasted an avocado until about 1975, when they suddenly became all the rage. Unfortunately they were picked and shipped unripe, and then sometimes served that way, so I didn’t really like them. Now living in Queensland, we have avocado trees growing everywhere. I am sure that here they would have been eaten in 1942, and in America avocadoes were also available.

I recently bough this American 1942 avocado brochure on etsy, which talks of ‘modernizing your menu’ with avocado: 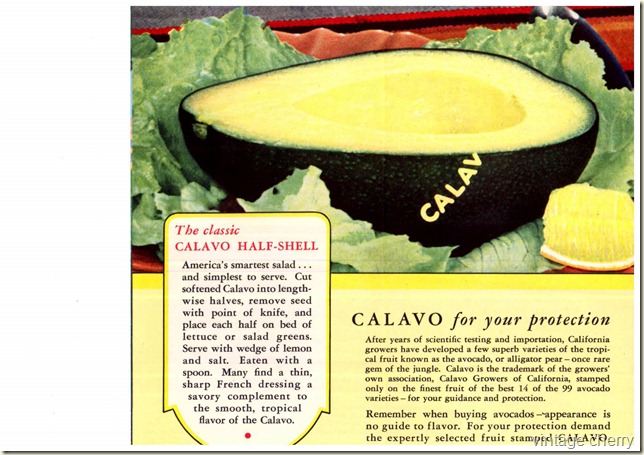 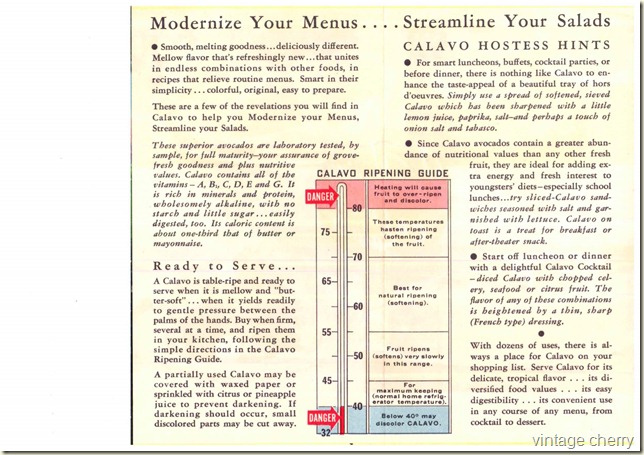 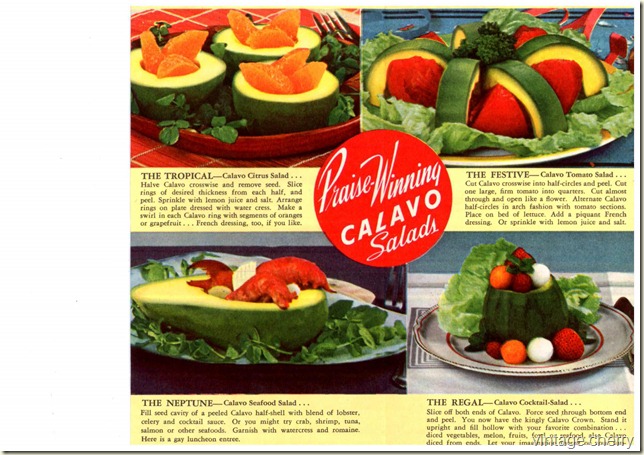 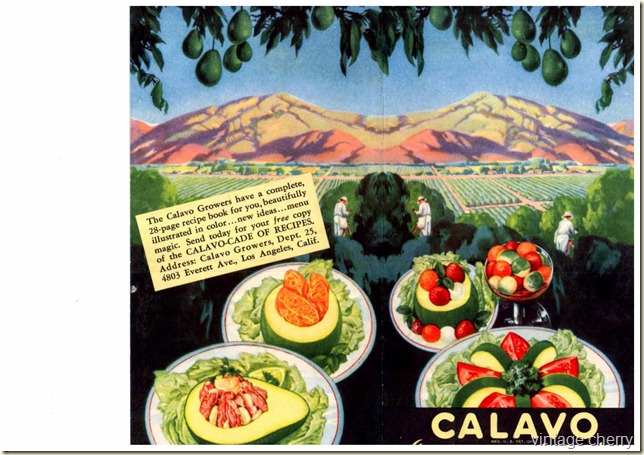 If only we had that brochure in the 70s!
Deb xx