I spent the morning in a Parelli natural horsemanship class, playing with Emily. She is a lovely palomino filly, isn’t she pretty?! 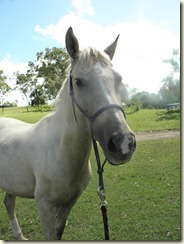 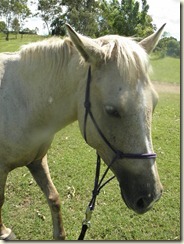 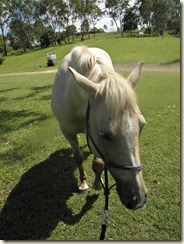 Horses are so very 1942. Many people were returning to horses due to petrol rationing, including milk men and bakers who used horses to deliver their goods. Horse delivery lasted well into the 1960s in many areas. My grandfather used a horse to deliver vegetables in the 1950s in Holland, before he left for Australia, but I can remember hearing the clip clop of the milk mans horse up to the end of milk deliveries in the early 1970s. Here is a lovely photo of a milk man and his horse from the US in the 40s. 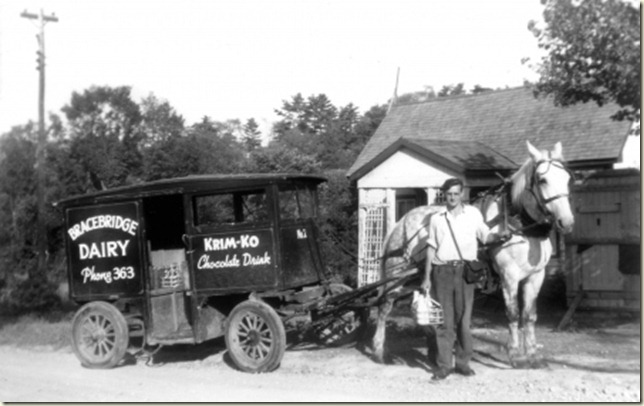 As to the diet today. Well, I had sushi for lunch, fish and rice, so healthy, and war ration probably in Japan, but I doubt we were eating raw fish in Australia. But technically, still available on the rations.  Dinner tonight was corn beef, home cooked, green veg and mashed potatoes – and some red wine, as it’s Friday.  I think the red wine could be interfering slightly with me actually losing weight, but in 1942 it wasn’t rationed, just hard to get.  Well, the French version anyway, as the vineyards were battlefields.  In Australia there were quite a few wineries, so if you had the money, you could have bought it, and clever people would have bought earlier and cellared it.  I mean to do that one day too!