We all know that the Titanic sunk today in 1912, 100 years ago.  Of course in 1942 the sinking would have been in much more recent history, and many survivors would have still been alive.  Some, such as  Ella White and Elizabeth Lindsey Lines , died in 1942 aged about 80, and one,  professional gambler George Andrew Brereton committed suicide in that year, thirty years after the sinking.  You can read more about the survivors of the Titanic here.

There was even a ‘Titanic” film made by German director Herbert Selpin that was released in 1943.  The film used the sinking of the RMS Titanic as a setting for an attempt to discredit British and American capitalism and glorify the bravery and selflessness of the German people.  The film may have been blatant German propaganda, but the costumes were lovely. 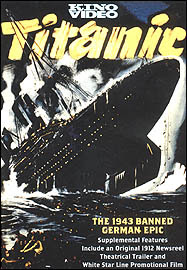 Also in 15 April 1942, the George Cross was awarded to the island of Malta by King George VI of the United Kingdom  to "bear witness to the heroism and devotion of its people" during the great siege it underwent in the early parts of World War II.  You can (just) see the Cross in the Flag of Malta. 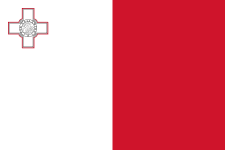 I have written earlier of the 96th Battalion, U.S. Army Corps of Engineers (Coloured) that arrived in Townsville on 10 April 1942.  Just five days later about 100 men of the 96th Battalion were involved in a fight.  The story of what happened had been covered up for many years, but it seems there was an 8 hour siege, sparked by racial taunts, violence and serial abuse by two white US officers, and the coloured soldiers decided to machine gun the tents of the white officers.  By the time Australian soldiers arrived, around 100 coloured soldiers had been rounded up by white soldiers with fixed bayonets and loaded guns. Because of the fight, the coloured soldiers of the 96th Battalion were no longer allowed into town, but it is unclear as to what other punishment they received.

At that time Australian aboriginals were also extremely prejudiced against, and things such as segregated pubs were common.  General Douglas MacArthur had announced his support for the Australian Governments proposal that no more African-American soldiers be sent to Australia during World War 2 at the end of March, so it is a bit unclear what this regiment was doing in Townsville, besides building an airbase.  The proposal had also suggested that those units that were already in Australia should be sent to New Caledonia or India, and those that were serving in New Guinea or the islands were not able to be sent back to Australia on R & R, as was the case with the white soldiers.   MacArthur said at the time:-

"I will do everything possible to prevent friction or resentment on the part of the Australian government and people at the presence of American colored troops ... Their policy of exclusion against everyone except the white race known locally as the 'White Australia' plan is universally supported here".

Thankfully things have changed in 70 years.  Here is a nice photo to finish on though. 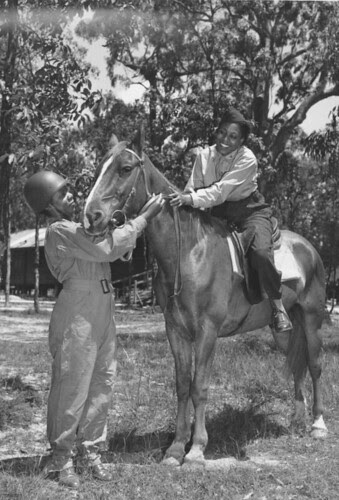 Two African American army personnel pictured with a horse. They are in uniform and the man wears a helmet and passes the reins to the woman on horseback (source).  Who knew there were coloured women American soldiers?!  I haven’t been able to find any information on them, so If you have, please share!