Part 6 of the cotton frock series from Good Housekeeping, May 1942: 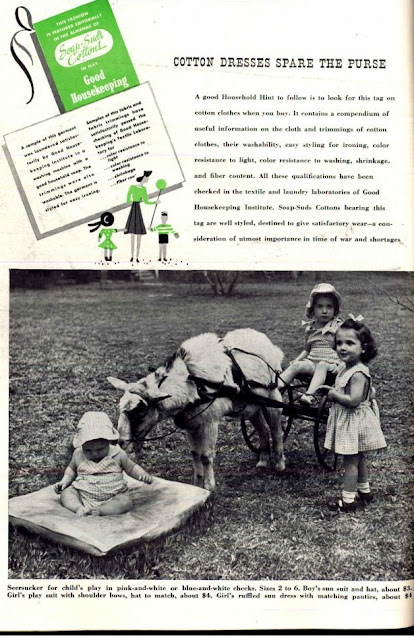 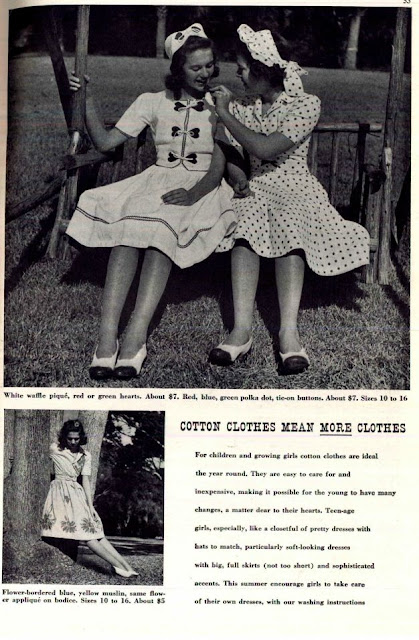 Here is an ad for shoes, similar to those in the photo above, and one for slips.  Slips were often worn with even cotton summer dresses:

On 16 May 1942, a Saturday, St Kilda beat Hawthorn in a Victorian Football league match at Toorak park in Melbourne. The Hawthorn Football Club, nicknamed the Hawks, is a professional Australian rules football club in the Australian Football League (AFL). The club, founded in 1902, is the youngest of the Victorian-based teams in the AFL. It is also the club my husband follows, even though we have been in Queensland for 10 years!

Football continued mainly as amoral booster during the war, and although  scratch matches were played by Australian "diggers" in war torn locations around the world, the game lost many of its great players to wartime service. In Queensland, the state league went into recess for the duration of the war, and has only recently restarted.   The ANZAC Day clash between Essendon and Collingwood is one example of how the war continues to be remembered in the football community

Roy Cazaly was the non-playing coach of Hawthorn in 1942, and was reported to have given the club its nickname the "Hawks".  Thank goodness, as the  original nickname was the "Mayblooms", and it worked, as  1943 was the club's best season since joining the VFL in 1902.

The premiers in 1942 were Essendon (the club my Dad barracks for, and the one I grew up near).  Their nickname is the bombers, by the way! 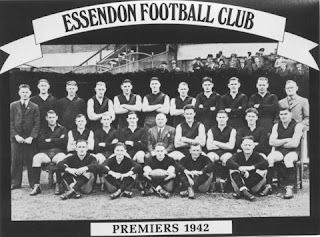