Today's blog is a little late, apologies, but I didn't want to skip it as I found so many lovely photos to share (the rest, as usual are on tumblr, with sources) .

Although cars were becoming more popular in 1913, the main form of transport for most ordinary people was still the horse.  If you have read my blog for a while, you will know I am a horse lover - this would be my ideal!


My grandmother talks of riding in a horse and cart to go to town once a month when she was a little girl in the 1920s.  She grew up in country Victoria, near the Murray River, and I can imagine that she would have experienced this once or twice.
Horses and horse drawn transport was available to women in the country, and they were able to be quite self sufficient in travelling. Driving an automobile was not only expensive at the time, but required lessons and practice, and many people in the country didn't' even know someone who owned car.

Family groups were often large 100 years ago, but everyone could fit in the cart it seems.


Even very large group of people could travel in an ordinary cart, as long as there were enough horses to pull it!

Horse drawn vehicles were used for deliveries of milk, bread, groceries and beer.  My grandfather used a horse and cart to deliver groceries in Melbourne in the late 1950s, and I can remember the clip clop of horses hooves on milk rounds in Melbourne until the mid 1970s.
The Carlton Draught Beer Clydesdales still make appearances throughout various towns and at special events (such as the AFL Grandfinal, below), however they travel by truck to get to various events now.
Horse transport in Australia was used instead of rail or motor transport for timber and wool during WWI and into the 1920s.

The one form of horse transport we never had in Australia, as far as I can find out, was the sleigh.  I would so love to travel this way one day.


I would also love to participate in pleasure driving one day, and recapture and experience a bit of the past, but I don't believe horse and carriages should be on our busy modern streets.  Not only is there way too much traffic, most modern motorist are ignorant about horses and don't know they should slow down around them. Unfortunately our society as a whole is way so mechanized that we live life at way too fast a pace to tolerate a horse and cart going at a mere 5 miles or 10 km an hour. In some countries however, horses are still a way of life......

Why did we move from horses at all? 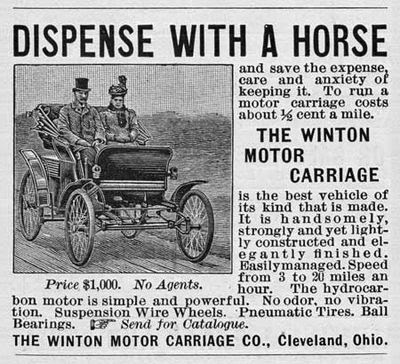 It does look a lot easier, doesn't it?!