When electrical clothes dryers were first introduced in America in about 1915, only well-to-do families could afford them  - and they therefore became associated with (usually white) affluence.  Until recently many American states, and parts of Canada such as Ontario,  actually forbid people to dry their clothes outside on a line, as it was an old symbol of poverty.  Now clothes lines are beginning to be seen as indicative of  low-crime areas, as it means you are able to hang up your washing in your yard without the fear it will be stolen. However, according to The New York Times, "the majority of the 60 million people who now live in the country’s roughly 300,000 private communities" are forbidden from using outdoor clothes lines, and some affluent suburbs also forbid them.

In these days of worry about greenhouse emissions, it seems crazy to me that people are unable to dry their clothes on a line outside.  Don’t get me wrong – I love my drier and use it when I have to, but I also think air drying is a good idea.  In Australia  we seem to love clotheslines.  The famous Hills Hoist,  a height-adjustable rotary clothes line, was built by  Lance Hill of Adelaide in 1945, and has featured on stamps and in movies (like Muriel’s Wedding),  but as early as 1895 Colin Stewart and Allan Harley of Sun Foundry also in Adelaide applied for a patent for an 'Improved Rotary and Tilting Clothes Drying Rack'. 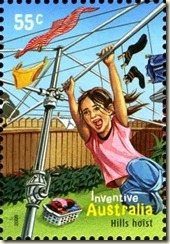 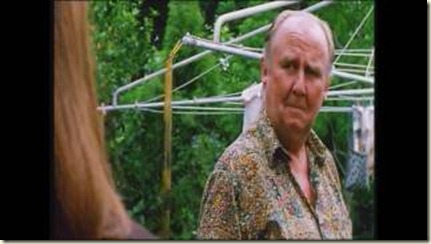 The real inventor of the rotary clothes hoist was Gilbert Toyne of Geelong, who patented four designs between 1911 and 1946, and first sold his design though the Aeroplane Clothes Hoist Company he established in 1911.  Toyne served in WWI, so  production and design were interrupted for years, but in 1925 he patented his classic 1925 all-metal rotary clothes hoist design with a winding mechanism to raise and lower it. 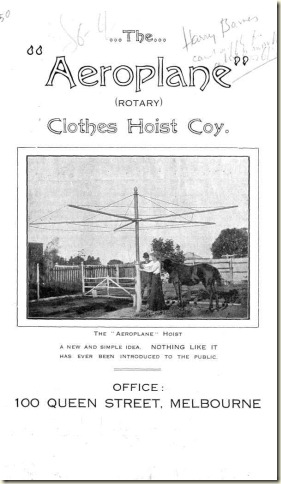 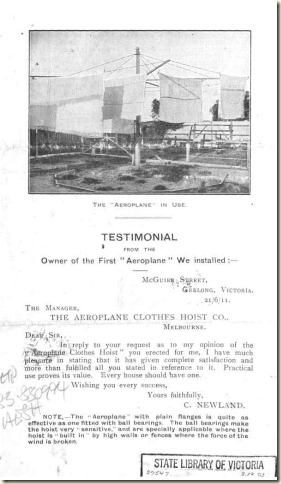 Toyne was a blacksmith, and one of 13 children who understood the large amount of resulting laundry, and also designed his hoist to withstand the rigours of children swinging on it.   By the 1930s Toyne’s rotary clothes hoists were available all over Australia and  New Zealand. Here is an ad from 1931 source 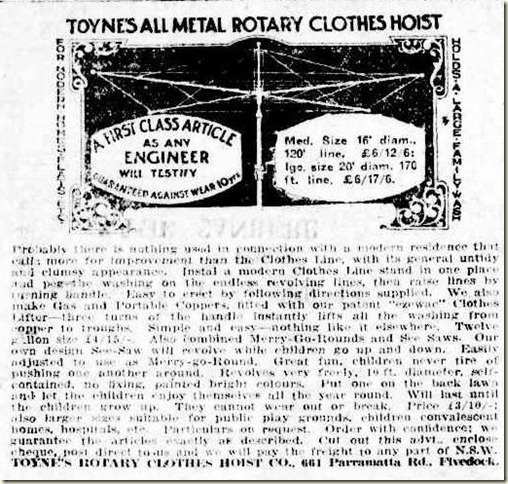 “Probably there is nothing used in connection with a modern residence that calls more, for improvement than the Clothes Line, with its general untidy and clumsy appearance. Install a modern Clothes Line stand in one place and peg the washing on the endless revolving lines, then raise lines by turning handle. Easy to erect by following directions supplied. We also  make Gas and Portable Coppers, fitted with our patent "ezewac." Clothes Lifters three turns of the handle instantly lifts all the washing from copper to troughs. Simple and easy--nothing like it elsewhere. “ 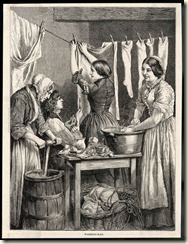 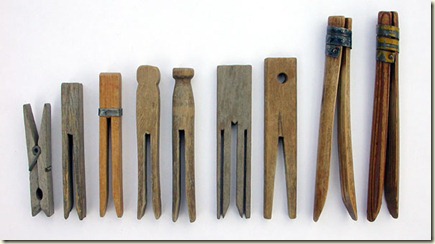 You don’t need pegs either (my kids never use them) but they do stop the washing blowing off on a windy day.  If you don’t mind a bit of bark or dirt you can even spread your washing on bushes, grass or over tree branches. 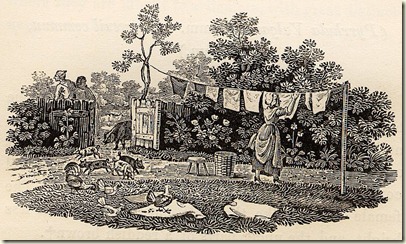 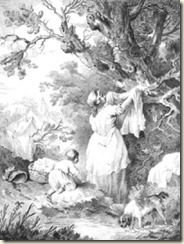 Drying washing on a line is easy, cheap, green, vintage, healthy and good exercise.    I do it, and we have LOTS of rain and usually 80% humidity, but you can also dry washing where it snows. 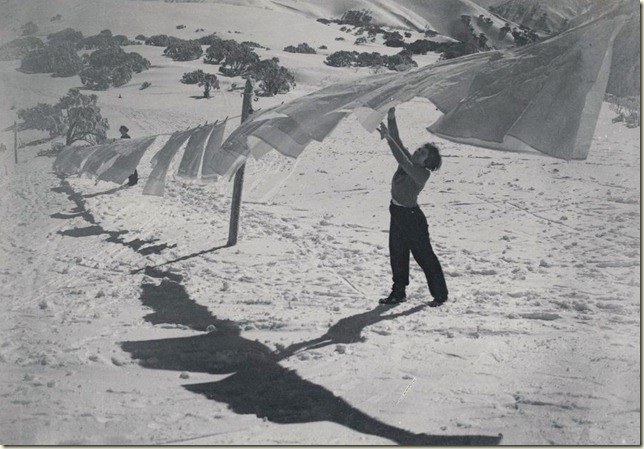 With a pulley system, you don’t even have to go outside to peg the washing. 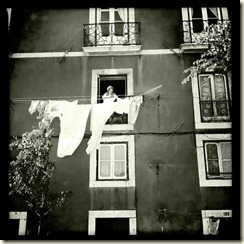 Hanging washing can also be quite relaxing and meditative   I like to use old style dolly pegs . They’re great to give to baby(ies) while they watch you from their pram – it’s been the first thing my children have been able to grasp onto – good for fine motor skills and they won’t snap on them  (they loved to slide them onto an ice cream containers too).  Or if you’re so inclined you can use plastic and colour match your pegs so both are the same for each garment (this is not unusual as you may think). Or grab some of these cute dolly pegs on etsy. 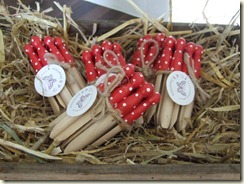 I’m off to hang out the washing…

For more images and sources I have forgotten to list, please go to tumblr.