It's so nice when commercial television stations play classic movies that are hard to find - especially during the school holidays!


Today's movie was The Baby and the Battleship -  a 1956 British comedy film in the style of Abbott and Costello, directed by Jay Lewis, based on the novel by Anthony Thorne.  The film, shot in colour, was one of the ten most popular movies at the British box office in 1956.

And there's good reason.  The acting is great, the scenery lovely  and the ships realistic - The Royal Navy provided a large amount of cooperation with sequences filmed aboard HMS Birmingham and in Malta.

The story is also good.  Two sailors, Puncher (John Mills), ex-boxing champion of the navy, a simple sole, and Knocker (Richard Attenborough , go ashore when their ship pulls into Naples.  Knocker goes through his little black book and remembers where they can find some beautiful girls.  He gets a date with Maria (Lisa Gastoni, who you may have seen in Gidget goes to Rome, 1963) for the evening - but her Papa only agrees if they take the youngest child of the family, a 10 month old baby with them, as Mama is away.  He is the long awaited boy of the family - number 13 after 12 girls, making the bakers dozen. 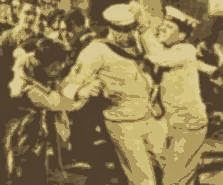 They have a nice evening at a party in the town square, until there's an argument, and a brawl ensues.  Puncher Roberts is briefly knocked unconscious and wakes to find the square empty - except for the baby. 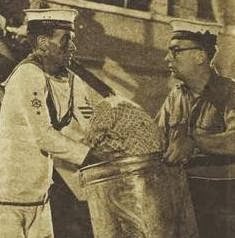 Unable to find his friend Knocker, or the child's sister, he smuggles the baby aboard their ship, which departs in the night - heading for a series of joint operations with Allied navies off the coast of Italy. 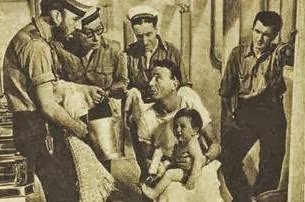 The crew help to keep the baby, who they have named 'Baker' after his Italian baker Papa, a secret, while learning some parenting skills from George (Lionel Jeffries).  Although they have some strange ideas on baby care, they do manage to fashion a rubber teat for a bottle using the fingers of the Doctors rubber gloves, and even find milk - by stealing it from the ships cat rations. 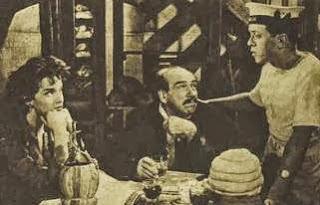 Meanwhile, Knocker has to explain to the Navy why he's not on board, and explain the loss of the baby to Papa.  The baby's uncles (who look like they could be in the Mafia) keep tabs on Knocker to make sure he doesn't skip town. The ship is under radio silence for training and contact with them is limited. 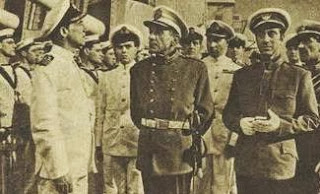 The ship has a visit from the officials of a nearby neutral power that the British are hopeful to impress, and a through inspection takes place.  It gets harder to hide the baby, and the boys have to keep on the move from one section of the ship to another.  The ships captain and the officers begin to realize somethings up, but they're not quite sure what. The captain begins sidetracking the visitors, but the baby is eventually discovered. The Captain stops the war games, and the visiting Marshal, impressed that the captain has put humanity before war is now pro-British. 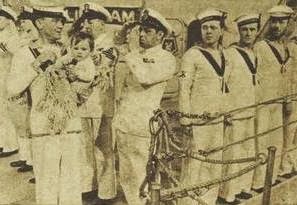 Baby Baker is finally returned to his parents in Naples, and the Captain is decorated for handling a tricky situation - which lets Knocker and Puncher off the hook.

The movie has a great cast, with other notable actors including Duncan Lamont as the Master-at-Arms and
D. A. Clarke-Smith as The Admiral. Well worth the watch.