The Melbourne Cup, the race that stops a nation, is upon us again. Are you going, or celebrating somewhere else?

Since the first Cup in 1861, it has always been an opportunity for racegoers to show off their finest digs.

I thought I'd have a quick look back at some mid-century racing fashions for the Cup. Firstly, from 1941, Australia's third year in WWII, when men (and I hope women) in uniform were admitted free to the course - some simple suits and gay hats..... 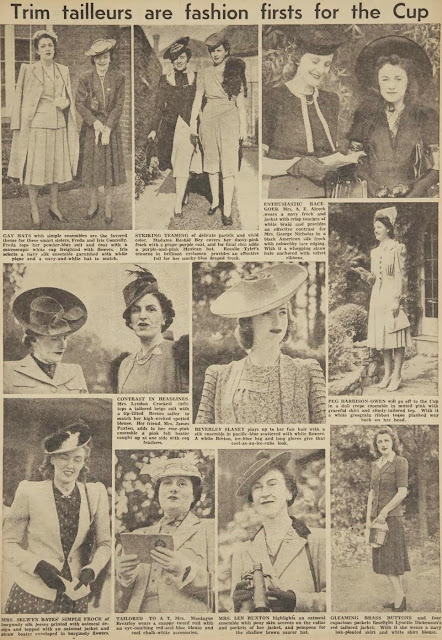 These are fashion illustration suggestions for the 1950 Cup. 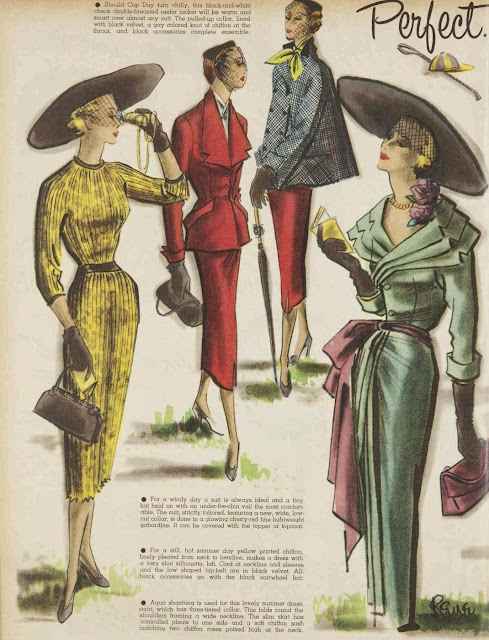 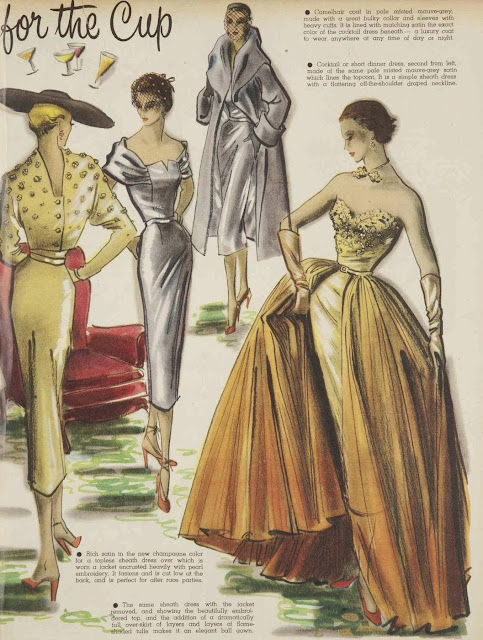 And here is what women were actually wearing in 1950.

By 1954 the new look and longer length skirts were popular 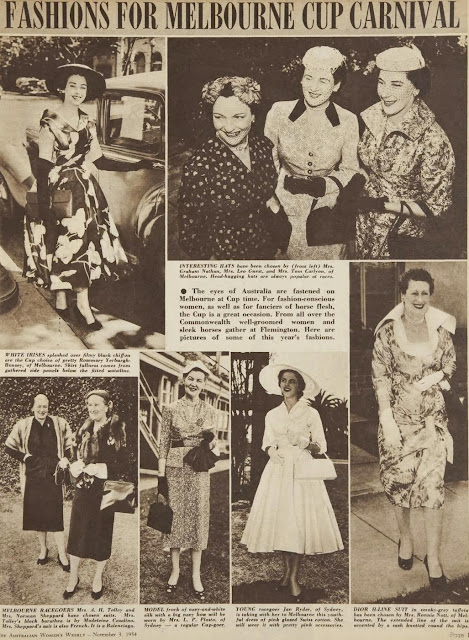 In 1960 there was a special prize for anyone wearing wool to enter, with prizes totaling 2000 pounds.  These ladies could have been in the running in their wool coats.  They are standing next to the newly installed escalator at the course. 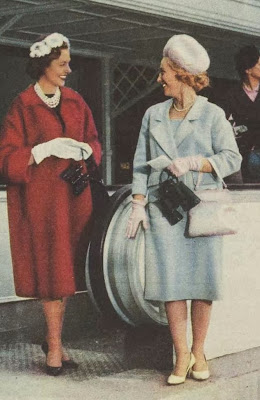 By the 60s hats were even less about protection and more about matching the outfit. The hats in 1961 took three main forms.... 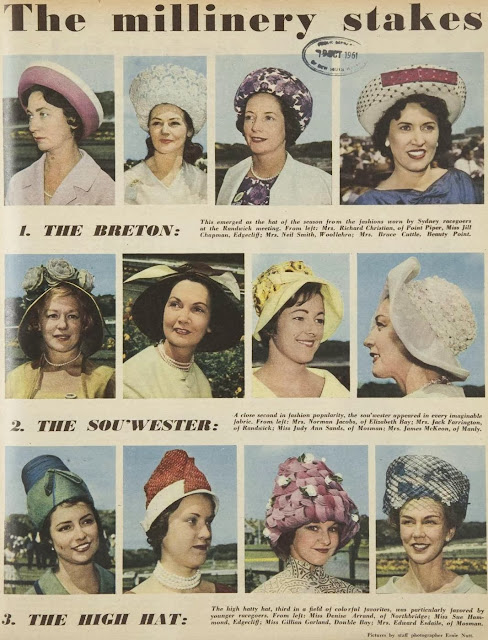 As for me, I am at work today....I don't usually wear flowers in my hair at the office, but it's cup day.  Even the girls at police prosecutions dress up! 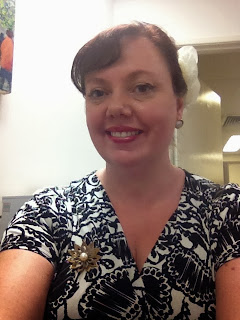 We are closing at 1.30  (2.30pm Melbourne time) to be home in time to watch the cup on TV.  I'm thinking a rainbow trifecta with  Green Moon, Tres Blue and Red Cadeaux.  How about you?