Lane's Emulsion - It's famous because it's good

I came across this ad the other day - from The Australian women's Weekly, 29 July, 1950 - and I thought it was quite cute. 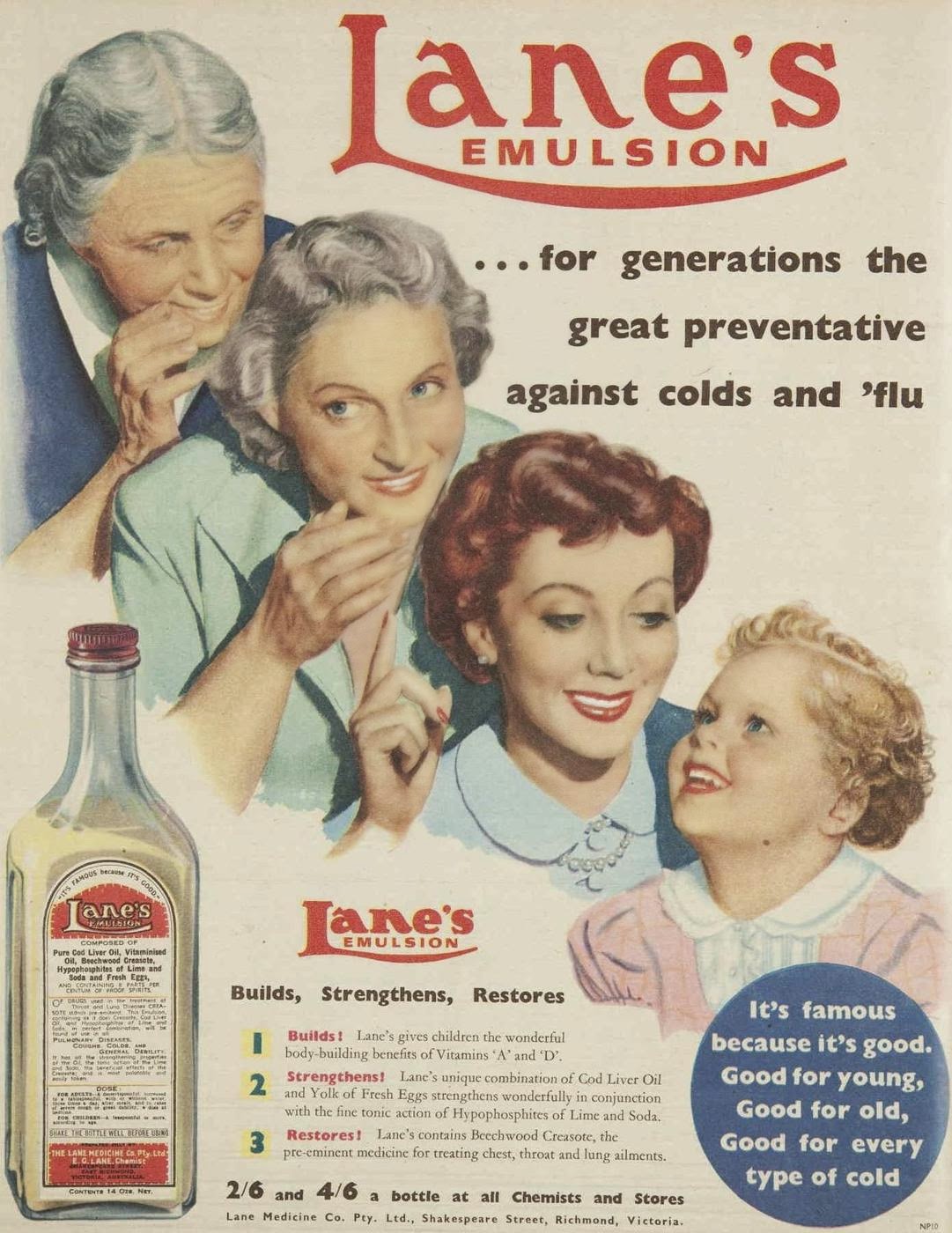 I had never heard of Lane's emulsion before - it's not something I grew up with as I did with many other vintage products I see advertised - so of course I had to find out a bit more about it.

It was invented by Edward Lane, a chemist from Oamaru, New Zealand, in 1898, and was later manufactured in the town's Harbour Street (now part of the Oamaru Historic Precinct) in a building which still bears the product's slogan "It's famous because it's good".

Mary Scott, the grand-daughter of pharmacist Edward Lane, who invented the tonic, recalls as a child visiting the Lane's Emulsion factory. "As a child, I was let into the factory by a very small door (which is still there in the main door). The building seemed enormous to me as a child, smelling of cod liver oil and creosote and the smell clung to my grandfather's clothes," she said.   Mrs Scott said she could not remember whether or not she liked her grandfather's tonic, but said her father was quite partial to it "but that may have been because of the brandy".

Sold in clear glass bottles, the thick cream-coloured liquid was fed to generations of New Zealand children and was also sold overseas.  Blogger Don Donovan described it as "a cream coloured potion of the consistency of melted ice cream containing ghastly stuff like cod liver oil."  My mother remember's her and her siblings lining up for a spoon of cod-liver oil once a week - something she swore never to inflict on her own children!

Originally claiming to be "a reliable remedy for pulmonary ailments", the product was still in production until 1984. Oamaru company Crombie and Price, which bought Lane's Medicine in 1971, still holds the rights and recipe to the product.

Even her husband did not want to taste it though, so I doubt it will be making a comeback any time soon.