After having yet another skin cancer removed from my face, I have decided I really, REALLY, need to wear hats more - not just to the races and at the beach. Even a hat with a little brim can help keep the sun off your scalp, one plae where it is difficult to apply sunscreen! Today some hat inspiration from the 1950s.

In 1952 French designers  liked grey and white for daytime wear, and this included hats.  Dior had a grey straw hat swathed in matching grey silk.


Jaques Fath introduced the Garbo hat for relaxed sportswear - soft slouchy shapes in felt or linen pulled down over one eye.

Other designers made hats that were more like ornaments for the head. 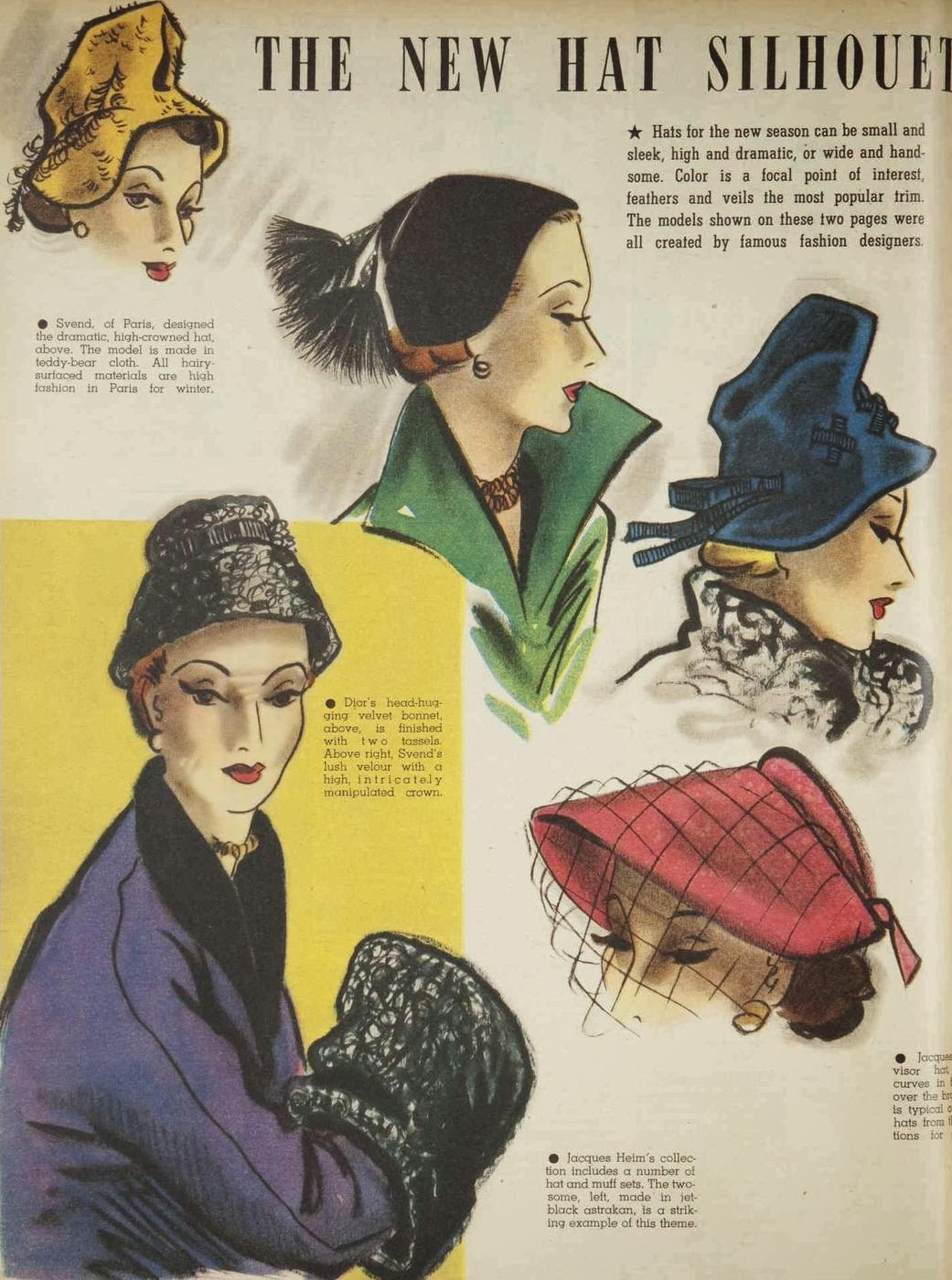 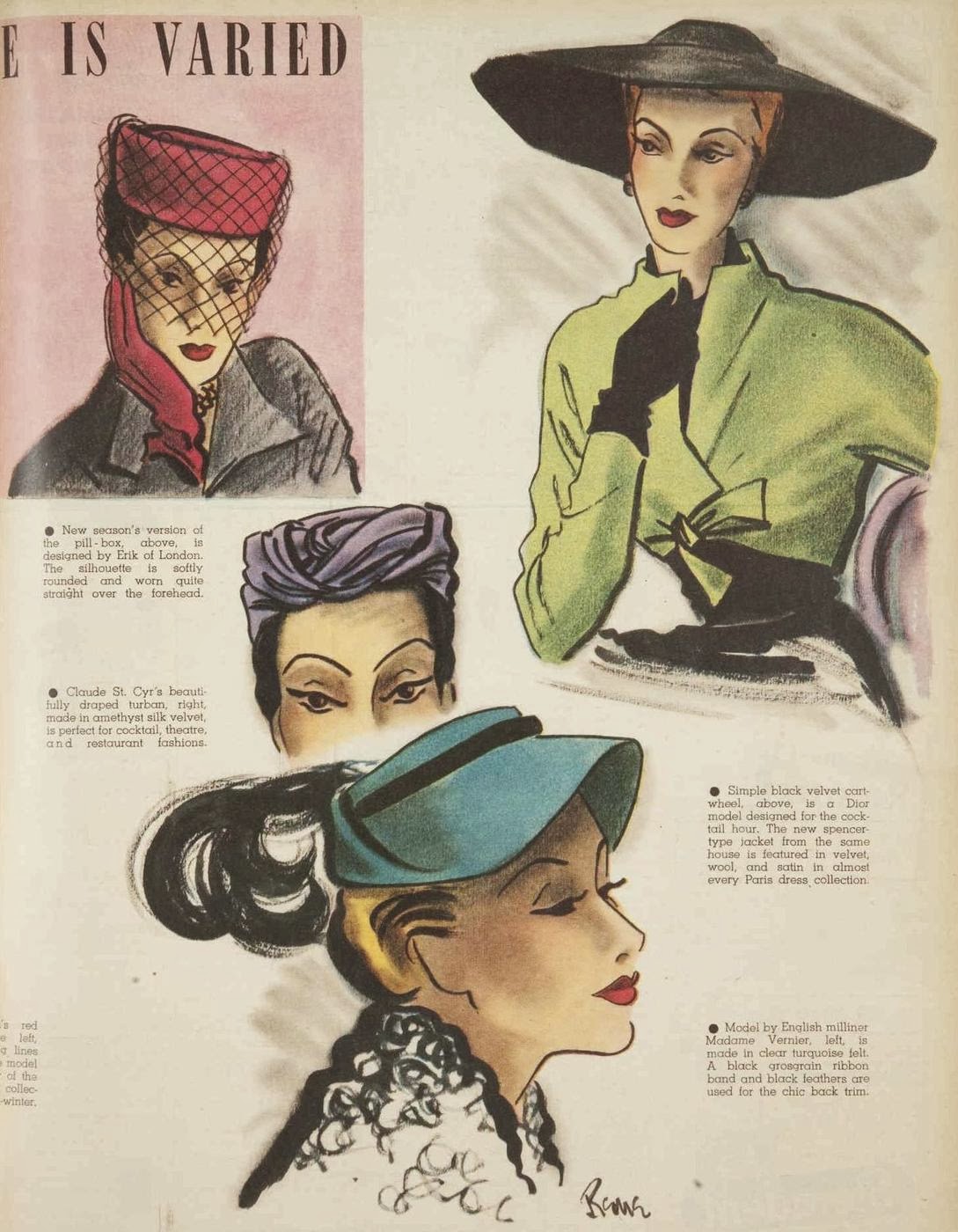 In 1952 the Queens milliner, the Danish born Aage Thaarup, toured Australia.  This is one of his 'Teen and Twenty' hats, a mass produced line that sold worldwide. 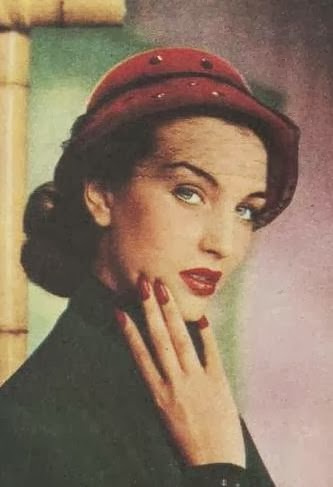