Vickers was formed in Sheffield as a steel foundry by the miller Edward Vickers and his father-in-law George Naylor in 1828. The company began life making steel castings and quickly became famous for casting church bells. 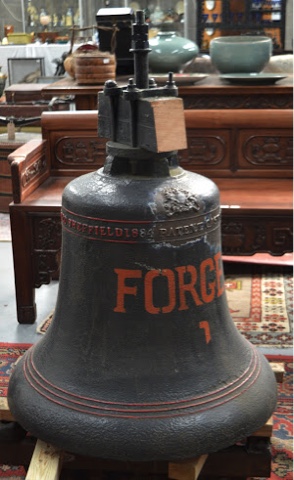 In 1867 the company went public and gradually branched out into making hints like marine shafts, propellers and armour plate. In 1890 they made their first artillery piece and soon manufactured everything from torpedos to machine guns. 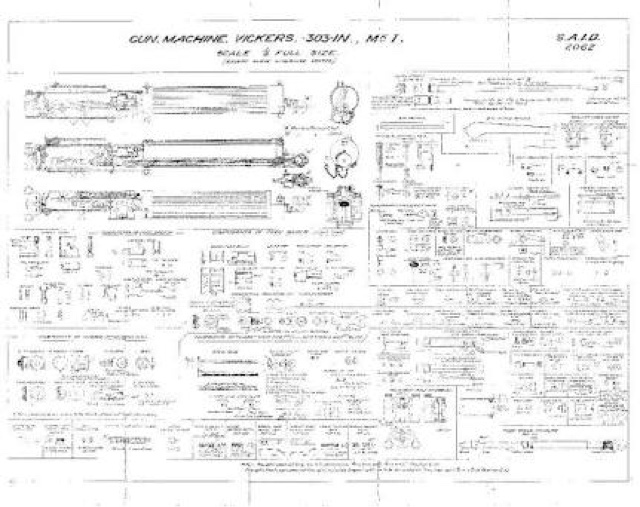 In 1911 the company name was changed to Vickers Ltd and expanded its operations into aircraft manufacture. By then the company was employing about 70,000 people. In about 1914 at the start of WWI - the war that was meant to be over by Christmas - the company was already looking at products that could be profitable in peacetime. And an item that was made in Germany and could no longer be imported into England, or the colonies, would be even better.  Sewing machines fitted the bill! 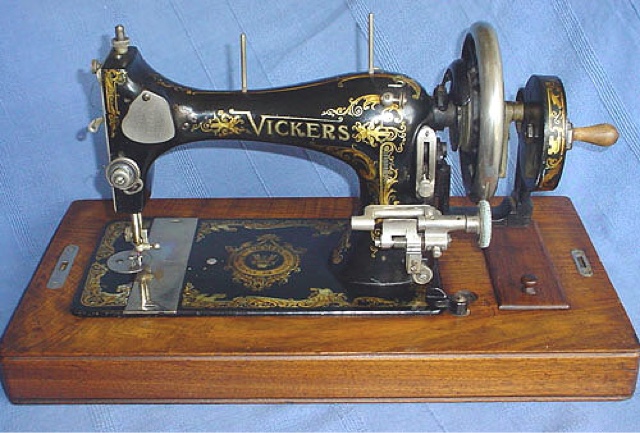 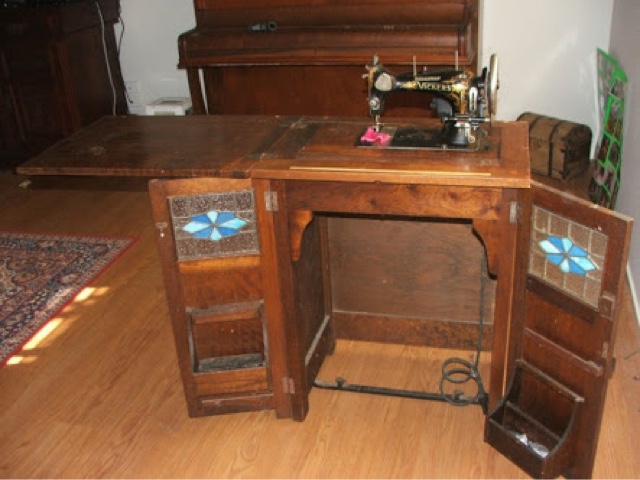 One importor of Frister & Rossmann German sewing machines was looking for a British manufacturer and he did a deal with Vickers giving them all the designs, agents and markets they needed. The German machines were basically a copy of Singers, with an added reverse stitch, and as the patents had mostly run out, Vickers could easily step in. Everyone in England, and Australia for that matter, wanted Bristish made - buying made in Germany was not an option! 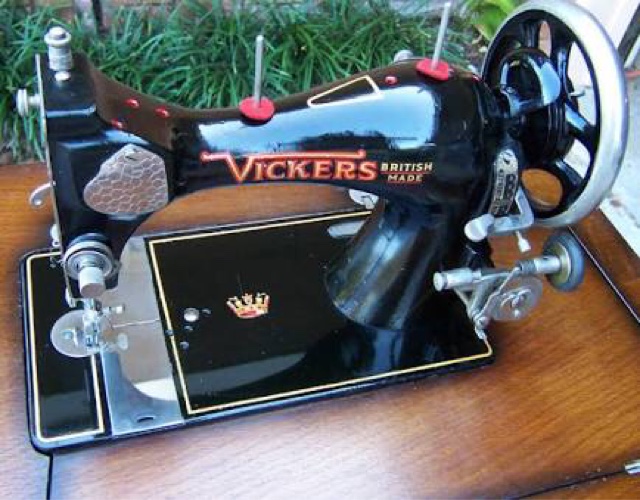 The machines were sold as either portable models, or in writing desk style cabinets, usually made in the country where they were sold. In Australia the cabinets were made by Bebarfald. 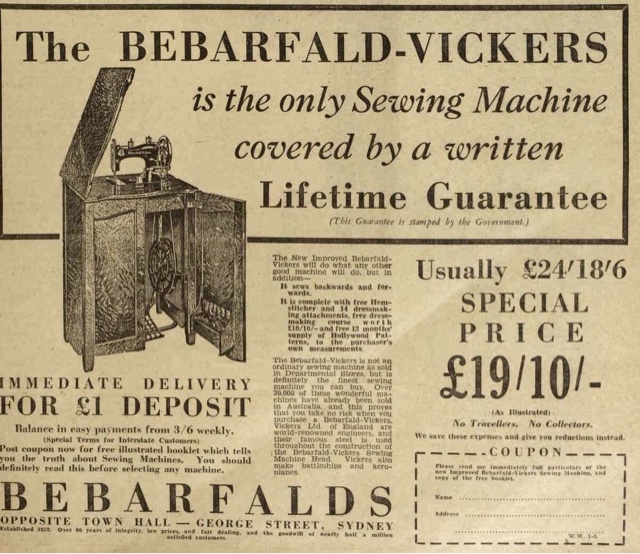 During the 1920's and 30's Vickers sewing machines flourished, as women were encouraged to sew not only their own clothes but those at their families. 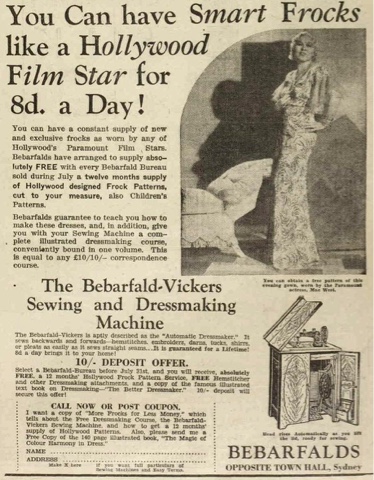 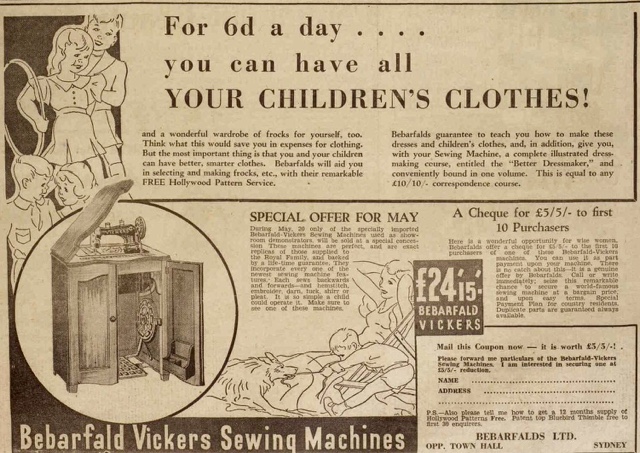 By the end of the 1930's demand was so high for armaments for the next World War, the sewing machine was put on the back burners as Vickers concentrated on the more profitable weapons, ships and planes.
It's thought that Harris & Co bought the rights to the Vickers sewing machines in 1939, and the company produced the model 7000, in black and also a yellow-cream. By the end of the 40s and the end of the war there were cheaper imports available with more features and the Vickers/Harris models became obsolete.
Of course the machines are still able to be bought, and are highly collectable. And, if like me, you love to sew, they can even be used as more than just lovely pieces of furniture!
Read more:
http://needlebar.org/nbwiki/index.php/Vickers
https://en.m.wikipedia.org/wiki/Vickers