Today marks the diamond Jubilee of Queen Elizabeth II. It is sixty years ago today that her father, King George VI, died and she succeeded the throne.

When the king died, Princess Elizabeth was thousands of miles away in Kenya, with her husband, at the Sagana Lodge which had been given to them as a wedding present by the people of Kenya. The message of the king’s death was given to Philip by his equerry and he broke the sad news to his wife while they were alone.

Elizabeth returned to England on 7 February. She had left as a Princess and returned as a Queen at the age of just 25. 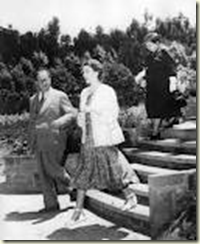 Princess Elizabeth in Kenya sunshine with Sir Philip Mitchell, Governor of Kenya, at Sagana Lodge, Nyeri, shortly before the death of her father King George VI 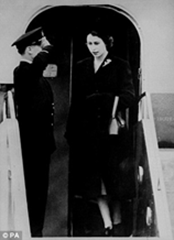 Elizabeth II exiting her plane from Kenya, following the death of her father, in 1952

During WWII the king and his wife (Elizabeth also)had remained in London, despite German bombing raids. The Queen was given revolver training because of fears of imminent invasion. The couple officially stayed in Buckingham Palace throughout the war, although they usually spent nights at Windsor Castle with their daughters, Elisabeth and Margaret. This was not publicized for reasons of morale boosting. The castle had been readied for war-time conditions from 1939, and many of the staff from Buckingham Palace were moved to Windsor for safety. Security was tightened, windows were blacked-out, and the more important art works were removed from the castle for safe-keeping.

On 7 September 1940, the first bombing raid in London had killed about one thousand civilians, and on 13 September, the King and Queen narrowly avoided death when two German bombs exploded in a courtyard at Buckingham Palace while they were there. The royal family were portrayed as sharing the same dangers and deprivations as the rest of the country. They were subject to rationing restrictions, and US First Lady Eleanor Roosevelt remarked on the rationed food served and the limited bathwater that was permitted during a stay at the unheated and boarded-up Palace. 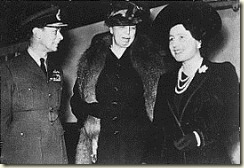 The friendship between the King and Queen and President and First Lady, which began during the 1939 royal tour, may have had a major significance in the relations between the US and the UK through the war years.

August 1942, the King's brother, Prince George, Duke of Kent, was killed on active service, when the Short Sunderland flying boat in which he was a passenger crashed into a hillside on the way to Iceland, and Newfoundland. He was 39, and left behind his wife Marina and their three young children, including 6 week old Michael. 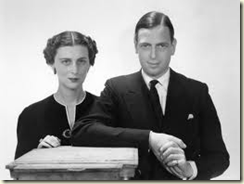 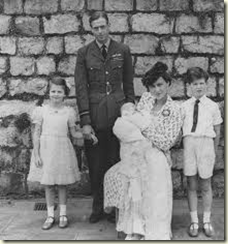 Throughout WWII the King and Queen visited bomb sites and munitions factories throughout the UK to boost morale, and the King also visited military forces abroad including France (December 1939) , North Africa and Malta (June 1943), Normandy (June 1944), and southern Italy (July 1944).

The royal family became great symbols of national resistance. Because of her effect on British morale, Adolf Hitler is said to have called HRH Elizabeth "the most dangerous woman in Europe". They were loved by the masses. During the Victory in Europe celebration in 1945, crowds shouted "We want the King!" in front of Buckingham Palace, and the King invited Churchill to appear with him on the balcony to public acclaim. 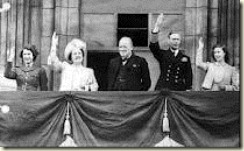 In 1942 the Royal family were loved by the people of the UK and the commonwealth. Today there are many who would like Australia to be a republic. Of course there is merit for that idea, but what about the history, the tradition...... and the clothes? All those royal weddings which set the trend for the next ten years. 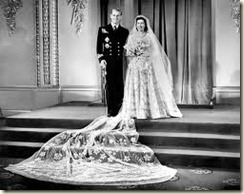 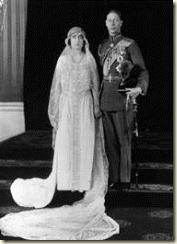 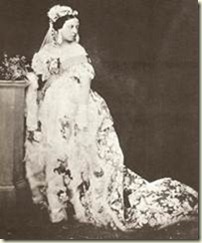 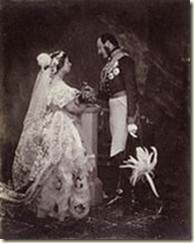 The tradition of a white wedding is commonly credited to Queen Victoria. She was the first royal to wear a white wedding dress at her wedding to Prince Albert in 1840. Before then red and blue were popular colours with the elite, often heavily brocaded and embroidered with white and silver thread. I suppose these would have matched nicely with the grooms uniforms. Ordinary people wore practical colours like brown and black. The idea of white began spreading around the globe with those rich enough not care about having a dress ruined after one wear – or those who wanted to appear so. 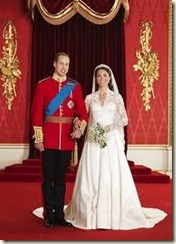 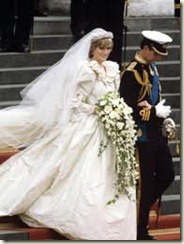 I was married in 1990, and Diana’s influence was still strong in everything available to buy. I made my own, slim non-meringue dress.  Not just the wedding dresses are influential, but the bridesmaids and the guests. Who could forget Pippa Middleton, or Princess Beatrice and her amazing hat at the last royal Wedding? Or Victoria Beckham’s stunning assemble (or David Beckham in a morning suit). 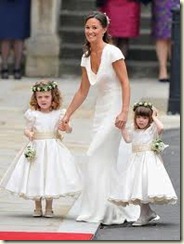 Anyway, I think the Queen has done a wonderful job in her 60 years. It must be difficult to celebrate this day of change, that also marks her father’s death. I wish her happy thoughts.