First some fashions for the youngsters, from The Australasian Magazine, 1942. 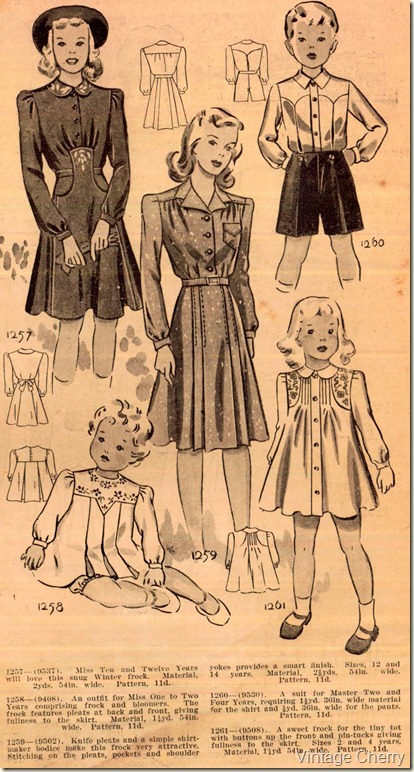 I cannot imagine my ten year old wearing that first outfit, although I do love it. The young miss outfits are so grown up looking, although the skirts are maybe a touch shorter and fuller than their mothers may wear (see below).   Although the young girls dresses are so short, they are still sweet and innocent (think Shirley Temple, below, and much like I wore as a young child in the early 70s).  And the little boys outfit is so lovely too, with almost a western style shirt – I know my little man would love it! And just because I can, an ad for children’s shoes from the 1940s.  Heels!

To news of the day:
On 13 March 1942 Japanese Warrant Flying Officer Nobuo Fujita (who had flown over Melbourne on 26 February) flew over Auckland, New Zealand.  A patrolling Japanese submarine (I-26) was seen off Auckland in the Harukari Gulf as well, and very quickly anti-submarine ‘indicator loops’ (long lengths of cable laid on the seabed that reacts to the submarine and send s a warning current to base) were laid in Auckland Harbour.  You can read more about them here.

Also on this day a P-40E Kittyhawk A29-4 of 75 Squadron piloted by Sgt D.B. Davies, was involved in a landing accident at Garbutt airfield in Townsville during operational training.  Although the aircraft was extensively damaged, the pilot was thankfully uninjured.
The following article about the training of wireless (radio) air gunners at Ballarat in Victoria, is from the January 1942 Australasian Magazine. Aren’t they gorgeous! 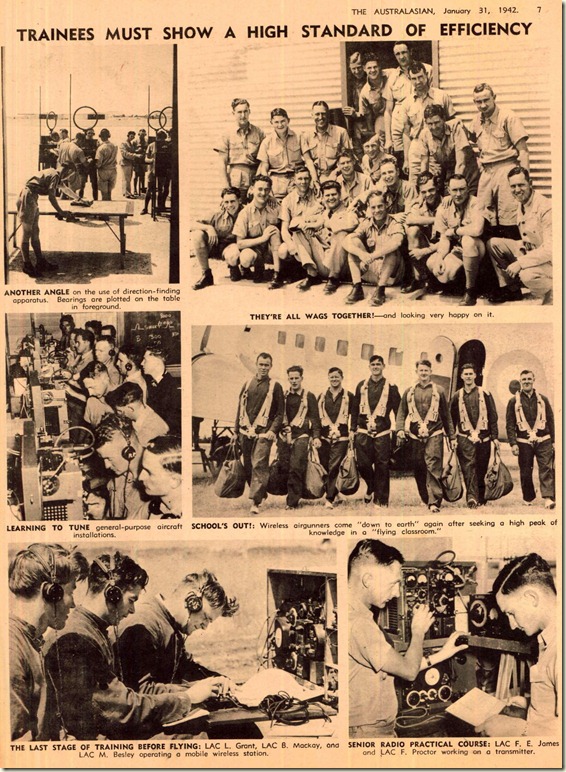