Horse crazy and The capture of Lae


I have been riding again today.  I can’t believe it took me so long to get back in the saddle.  I have become an online member of the Parelli natural horsemanship program, and  am even thinking about buying my first horse!  Nothing flash – just something quiet and steady, a horse that I and the kids can ride safely.  His name is Italian Express (Tally for short), and he’s an ex racehorse, now aged 14 and with a little skin complaint because of our horrible humid weather, and looking in need of a makeover.  Bit like me really. 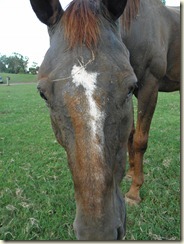 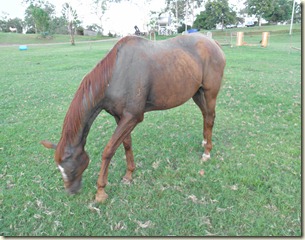 Of course because of the crazy land prices here I don’t have acreage, so will be adgisting – with a lovely caring girl who is also my riding instructor.  What do you think?  Am I crazy!

Anyway, on to the news of the day:
On this day in 1942 , Lae, a small town on the shores of the Huon Gulf in eastern New Guinea, was captured by the Japanese.  Following the capture of Rabaul by the Japanese in January 1942, Lae had been selected as the new capital of Australian-mandated New Guinea. It was still being established when  Japanese marines waded ashore.  The small Australian garrison at Lae withdrew into the jungle as  Australian Hudson bombers tried to defend the area.   They caused some damage to one transport,but the Japanese set to work to unload their transports, fortify their beachheads, and prepare the airstrips to receive Japanese Zero fighters from New Britain.    So Lae too was occupied , and then developed by the Japanese as a base area as part of their defence barrier in the pacific.
Lae is very close to Australia, and where I am in Mackay.  I think I would have been getting a bit worried if I were really in 1942!