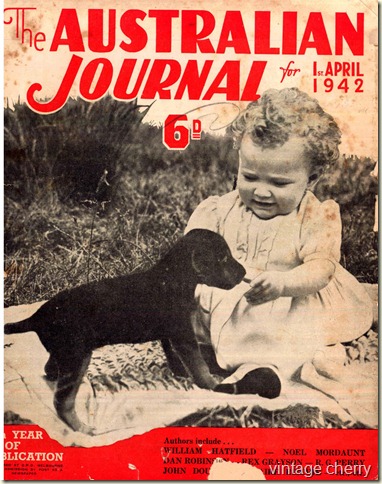 April 1, 1942 115th Day of War
Above is the cover of my Australian Journal of the day – I will try and post some articles from this magazine over the next few weeks.
Here is an excerpt from the diary of Captain Albert Brown,  April 1942.  Captain Brown was a POW after the battle of Bataan.
Yes, it's April Fool's Day for the men on Bataan, the only army in the world boxed up and bottled up; We certainly are the biggest fools of this war, fighting for the biggest and strongest nation in the world. The war dept. keeps telling us to fight to the last man, fight to the last hole, for help-men-guns-material are on the way. They have deserted us and we are on our own; every day is an "April Fool's Day."
You can read more of his diary here.
To the diet.  Bacon, my one egg for the week, a tomato and slice of toast for breakfast.  Yes, it was given to me in bed again, but this time no camera.  The bread was homemade, and delicious.  It’s so lovey being married to a man who can cook!
We spent the morning at Cape Hillsborough, a beach and national park about an hours drove away.  We brought a thermos of coffee and biscuits, and I must say that after walking and swimming I was peckish and did have one bickie.  It’s such a beautiful spot, photos don’t do it justice.  We would love to live out that way some day, and get a few acres. The country side is hilly. green and treed (with eucalypts and hoop pines), with great views of the surrounding waters (part of the Great Barrier Reef Marine Park).  Explorer James Cook named Cape Hillsborough during his voyage up the Queensland coast in 1770. 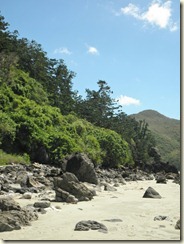 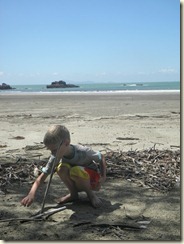 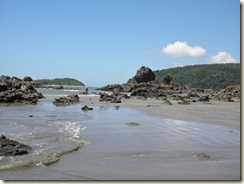 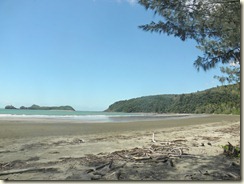 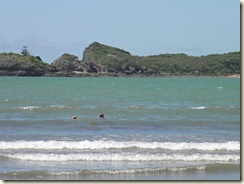 We did think about fish and chips for lunch, but came home for reheated pizza and a glass of wine.  We had home made pizza for dinner last night (leftovers, with seafood or bacon, with a little cheese on bread dough) .  Then we had home popped popcorn and watched a movie. 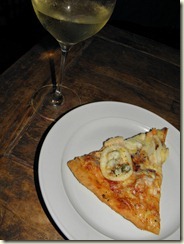 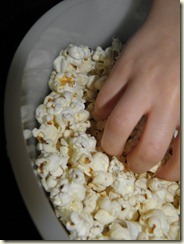 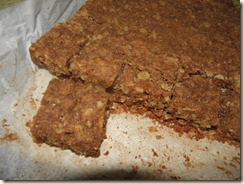 Dinner was home made fish and chips  (grilled fish and cooked frozen chips) with salad.  I also used my last weeks sugar, and leftover butter and oil rations to make a slice. I added cocoa for a chocolate hit, but you can add real chopped chocolate, or leave it out altogether.

Easy Ration Slice
Mix and press into slice tin.  Bake for about 20 minutes.  You can also roll into balls and press into biscuits if you have the time and energy!
Hope you had a lovely weekend too.

Email ThisBlogThis!Share to TwitterShare to FacebookShare to Pinterest
Labels: Food and Diet