Very slack blogging this week. I have been a little busy with school holidays and the twins birthdays, so forgive me.  Check out that cake though! 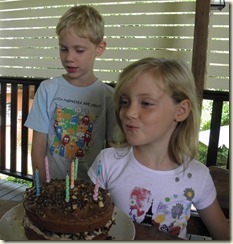 Actually I didn’t make it – that’s what teenagers on holidays are for!  The maltezers in the cream icing were yummy! And what did they get for their birthdays you may ask? 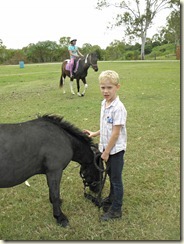 No, not a pony.  Yet.  But a whole day riding and playing with ponies.  Yes, a whole day!  Then they fell asleep in the car on the way home – a great gift for all!

Back to 1942.  The 96th Battalion, U.S. Army Corps of Engineers (Coloured) arrived in Townsville on 10 April 1942 and camped at Oonoonba.
In late 1941, the Curtin Government’s  Department of Information initiated propaganda which used a hate campaign against the Japanese as an instrument of war. The message was, “we’ve always despised them – now we must smash them.”  On 10th April 1942, Robert Menzies (then an opposition back-bencher and later prime minister), gave a radio talk in which he spoke of the dangers of that policy, and thankfully the Curtin Government soon abandoned it.  It must have been horrible to be a Japanese person in Australia or America at that time.

To nicer things….Look what I’ve found on ebay! 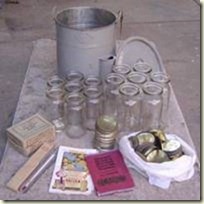 A Fowlers VACOLA #1 Preserving Kit, including 14 Jars Thermometer and instruction Book - from 1942.
I have bid on it of course. If I win I will really use it – promise.