Today in 1942 Australia's Prime Minister, John Curtin, spoke at the launching of the Commonwealth's 20 million pound (113 million dollar) War loan drive.   Apparently his informal speech was  typically frank and spoke of the full cabinet’s direction to the war cabinet to get the necessary regulations for the complete mobilisation and the complete ordering of all the resources - human and material - for the defence of this Commonwealth.  That basically meant that every human being in Australia was now, like it or not, at the service of the Government to work in the defence of Australia.
This morning has been one of our coldest for some time.  Here in North Queensland that means you think about putting on a jumper, and the kids whinge and wrap them selves up in their quilts at breakfast on the deck.  I love it – I am wearing stockings for the first time in months, and I didn’t sweat while putting on my makeup as  I usually do!
For those of you heading into Summer, here is the first instalment of some lovely cotton frocks – cotton was pushed during the war so that silk and other fabrics could be used for the war effort, and it didn’t need dry cleaning. 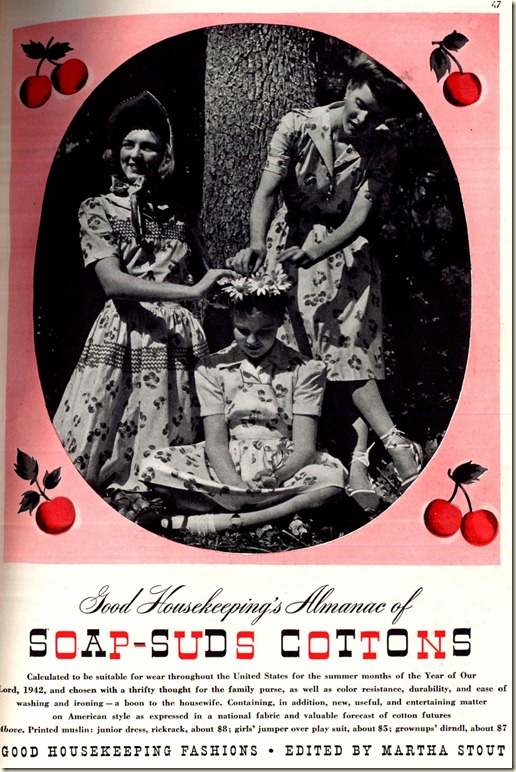 And of course I couldn’t resist the cherries!
Deb xx
Posted by Deb Clark at 08:44