Last month I wrote of the retaliatory raid (or Baedeker Blitz or Baedeker raids)  by the German air force on English cities in response to the bombing of the  city of Lübeck . On 29 April 1942 the city of York was targeted.  The devastation was huge.  Here is a short film about the raid: 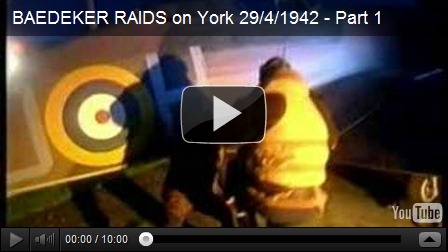 On a happier note, today being Sunday, following sleep over Saturday, we decided to take ours and all the extra children to the beach for a breakfast bar be-que of bacon and eggs.  We took one car, and the rest of us rode bikes.   This is my bike, a vintage repro bike I received from my lovely husband for my birthday last November. 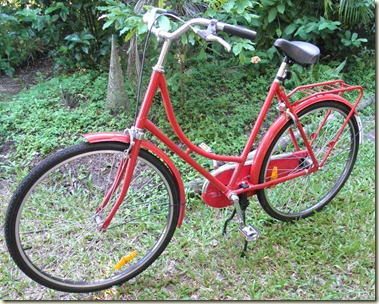 And the road to the beach. Did you know I could ride and take photos at the same time?! 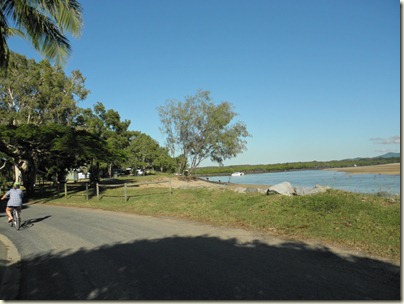 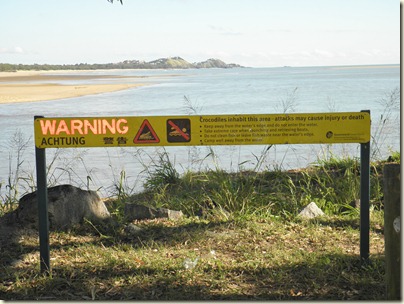 Yes, there are crocodiles~we didn’t see any though.  And even though it was low tide, the kids had a great time, climbing on the storm water drain….. 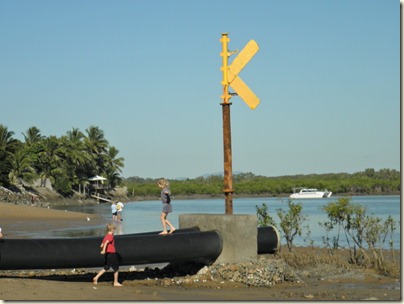 And the dog and I found treasures 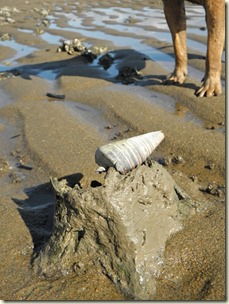 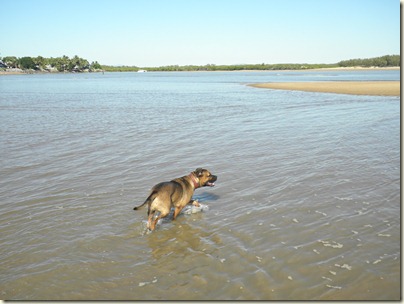 Hope your weekend was good,