It’s school holiday time here, and coincidently I have the flu, which means it s a great chance to curl up on the sofa with a cup of cocoa and watch old movies.  Luckily I just picked up a bundle at the op shop last weekend, for around a $1.50 each, including today’s viewing highlight, the musical comedy Second Chorus (1940). 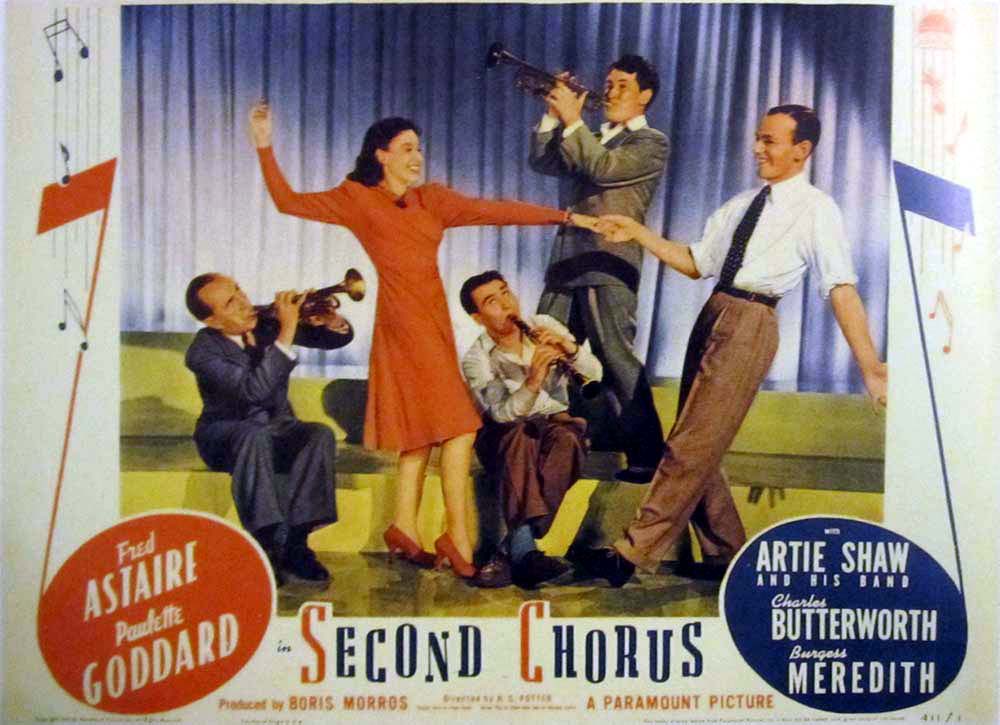 Second Chorus stars Fred Astaire, Burgess Meredith as two trumpet players competing for the attentions of the gorgeous Paulette Goddard, Artie Shaw as a band leader who they try and impress and Charles Butterworth a rich, would-be musician and concert backer.    Astaire’s trumpet ‘playing’ was obviously fake, but Artie Shaw’s clarinet playing was sublime, and has inspired my daughter to do a bit more practice on hers. 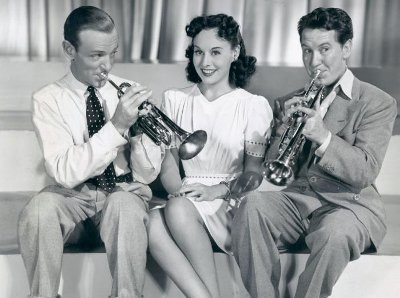 The swing music of Artie Shaw’s orchestra was fantastic – it rally made you want to get up and dance, and the swing dance between Astaire and his co-star, Paulette Goddard was lovely.  Her dress in this scene was a simple two tone number, which swung beautifully during the dance. 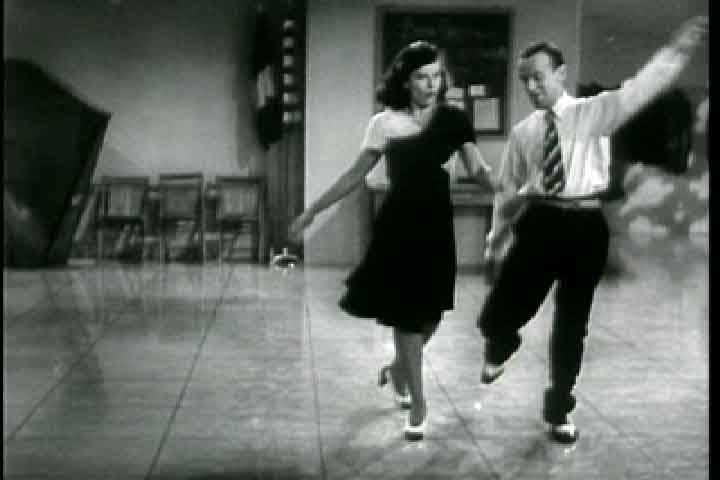 Here are some of the other memorable outfits in the movie.

Paulette Goddard was definitely our favourite in this move, and her different personas as she tried to hook different gigs for the band were very clever.  I definitely want to find more of her movies to watch, including The Cat and the Canary with Bob Hope, and The Great Dictator, with Charlie Chaplin.  Goddard was married to  Chaplin at the time this movie was made, but obviously Burgess Meredith made a deep impression as he became her third husband in 1944.


Astaire described Second Chorus as "the worst film I ever made", but my ten year old daughter and I thought it wasn’t too bad, with some wonderful musical numbers.  My daughter had never heard of Fred Astaire (what a slack mother I have been!), and the movie didn’t really show him as the brilliant dancer I had told her of, but she was still impressed.  Astaire (41) and Meredith (32) were also a little too old to be believed as college chums, no matter how many times they had failed, but all in all the movie was enjoyable and the music great.  There wasn’t a lot of dancing, but the few numbers included were pretty good - mind you the final number with Astaire as the tap dancing conductor was a little bit much.

The film's copyright lapsed in 1967 and there are some seriously degraded prints around.  If you can find it restored on DVD like I did, it’s worth the watch.