Ladies Bicycling Outfits of the 1870s and 80s

By the mid 1870's, as well as riding horses, ladies were able to ride bicycles.
Although the penny farthing had been introduced in the late 1860s, the velocipede in the 1830s, and the tricycle around one hundred years earlier, it was the introduction of the 'safety bicycle', designed by English engineer Harry (or Henry) John Lawson in 1876, that spurred the popularity of cycling. (Not the same Henry Lawson as the Australian poet, by the way, who was born in 1867).  Lawson's bicycle had peddles that were nearer to the ground, making it much easier to stop, and one would think also easier to start and stay on.


At around the same time another English inventor, John Kemp Starley moved to Coventry to work with his uncle, the inventor James Starley and foreman of the Coventry Sewing Machine Company.  Founded in 1863, the company was finding it difficult to expand (thanks no doubt to Singer)  and decided to diversify into cycles.  Although Frenchman Eugene Meyer had invented the classic High-Bicycle (Penny Farthing) design and fashioned the wire-spoke tension wheel in 1869, James Starley was the one who added the tangent spokes and the mounting step in his model, the “Ariel” High Wheeler.  It was named after the Ariel works in Coventry, and was the first cycle to have solid rubber tyres.  James Starley also patented the first ladies bicycle, in 1874, which was ridden side saddle with one peddle.

Starley's Nephew John, with  friend William Sutton, started to develop safer and easier to use bicycles and also produced tricycles. From 1881 to 1886 in Great Britain, more tricycles were built than bicycles - they were more expensive but were perceived as more genteel, as ladies dresses could be shown off nicely  and the upper classes had the disposable income to buy them for the women (and children) in the family. 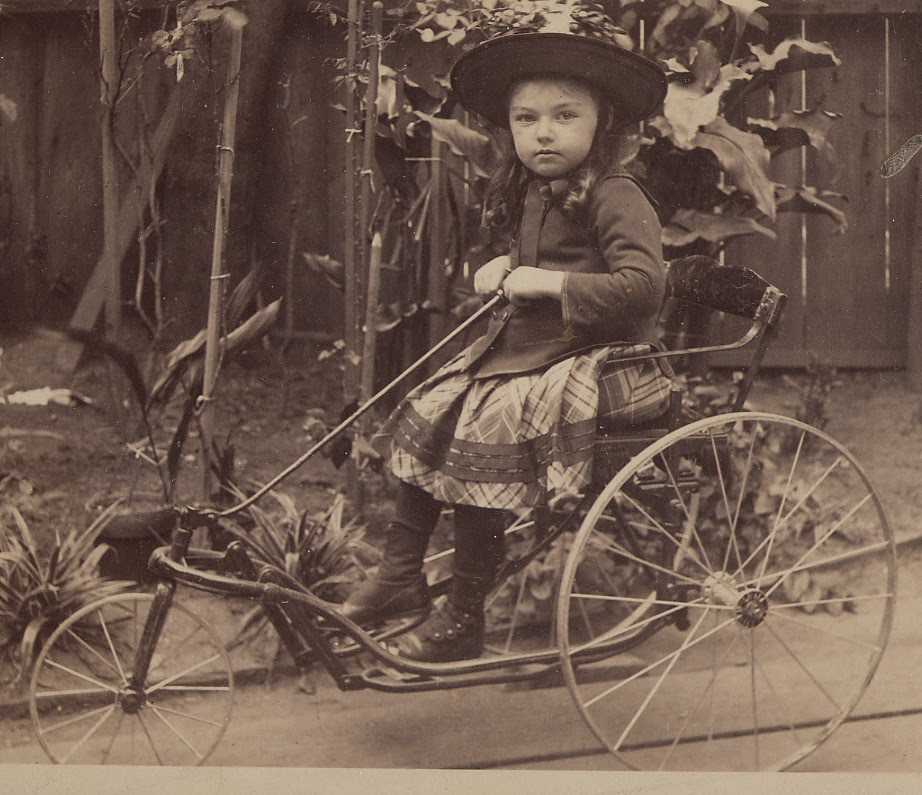 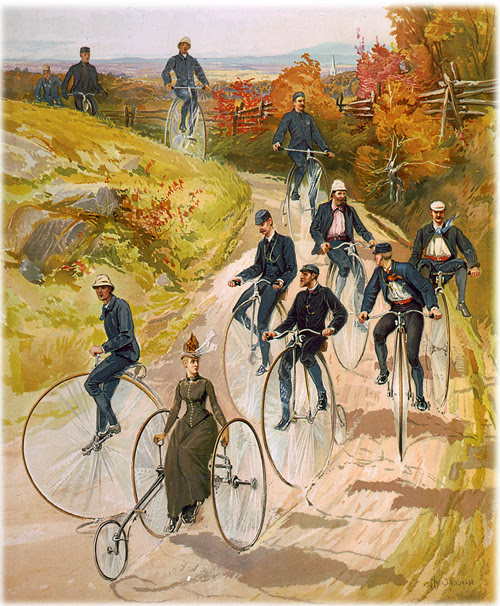 Many ladies wore their everyday dresses for cycling. Lady cyclists on 'bone-shakers', as the early bicycles were known due to the unforgiving metal wheels, were among the first women to wear pants, or Bloomers.  The baggy legged pantaloons were based on oriental designs and were popularised by Mrs Amelia Bloomer in America who had been preaching the virtues of such dress since 1851.  Interestingly these outfits were not used for horse riding at the time. 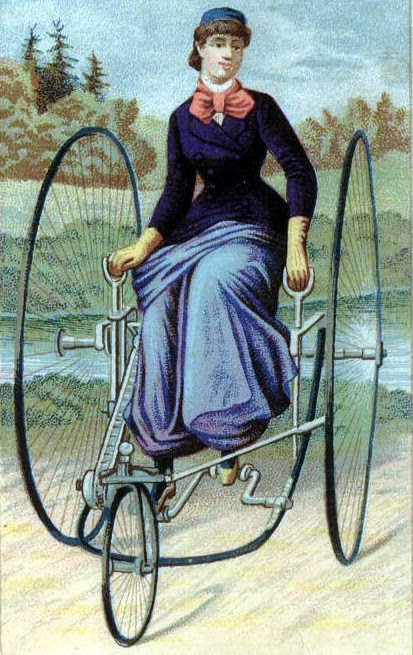 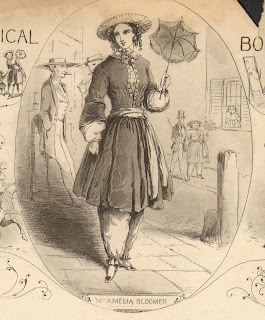 In 1883 Starley's products were being branded as Rover, and in 1885 they introduced the Rover Safety Bicycle (the company also introduced the Rover car, in 1904). This was basically the modern bicycle we know today -  a rear-wheel-drive, chain-driven cycle with two similar-sized wheels.


Bloomers could still get caught in the chain, but soon a specific ladies safety bicycle was also developed, with a skirt (or bloomer) guard, which made things a little easier.


Bloomers were considered immoral by some, and caused major arguments in families, as well as arrests -  under an ordinance against “indecent apparel.” Skirts were much preferred for ladies, and many continued to wear normal walking dresses, although men were permitted to wear special cycling bloomers.

In in 1888 Belfast vet, John Dunlop, invented the pneumatic tyre, which made cycling a lot more comfortable. Don't you love the red tyres with the red oufit?!

More on the 1890's cycling craze and resultant fashions next time.

For more information and photos on Vintage Bicycles, go to Old Bike .com