It has been quite a while since I have done a movie post.  I have been wanting to watch this one for some time, and finally found a copy.  I even managed to get my husband to watch it with me - and he liked it!  The house is one of the stars in this movie, and it's worth watching for that alone, but the costumes are also great, and the story's not bad.

'Female on the Beach' is a 1955 feature film starring Joan Crawford as a widow and Jeff Chandler as her 'beach bum' lover. It was directed by Joseph Pevney (who directed many Star Trek episodes) and produced by Albert Zugsmith (who also produced Orsen Welles 'Touch of Evil' in 1958). It did not get great reviews at the time.

Lynn Markham moves into her late husband's beach house...the morning after former tenant Eloise Crandall fell (or was pushed) from the deck.  There, she meets real estate agent Amy Rawlinson  and Drummond "Drummy" Hall, an attractive beach bum, who are both like to turn up in the house unannounced, as though they own it.

Discovering the broken deck railing, just as Lieutenant Galley turns up, Lynn learns about Eloise and her untimely demise - something real estate agent Amy has failed to mention.  Lynn later discovers "Drummy" is the accomplice of his aunt and uncle card sharps Osbert and Queenie Sorenson and that he had pursued Eliose in order to set her up for card games with the couple. 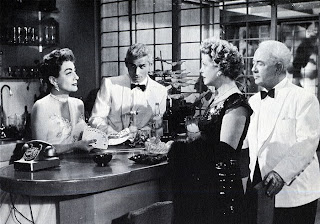 Lynn finds Drummy's physical charms hard to resist and she marries him, despite not really knowing what happened to Eloise. I don't want to give the ending away, but let's just say the marriage has its ups and downs, but does survive.

Joan Crawford still has that sizzling sex appeal and power over men in this film (she's 48 in this) and some of her outfits are amazing.  I'm not sure about the long sleeve shirt with shorts and heels - although they do seem to make an impression on Drummy! 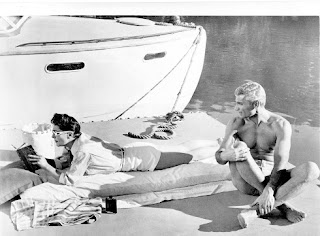 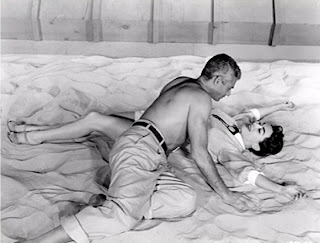 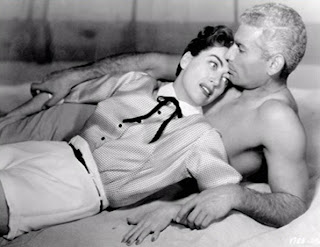 Unfortunately Jeff Chandler died only a few years later in 1961, at the age of 42. 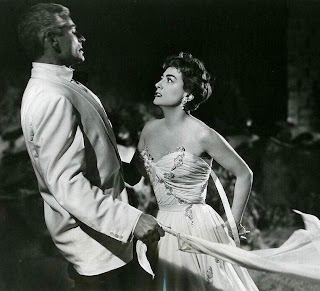 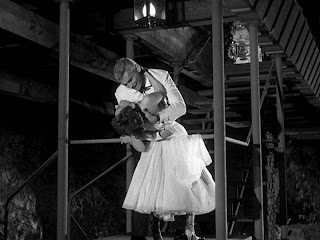 Despite it's ordinary name the film is not bad. Not great either, but it's filled with just the right amount of 50s kitsch and a little sex romance and mystery to make it interesting. If you love Joan Crawford, mid-century houses, or have just discovered Jeff Chandler, add it to your ‘must see’ list!