At age 16, changing her name to Debbie Reynolds, she signed a contract with Warners, fitting drama, singing and dancing lessons in between her schooling.  When her contract was not renewed, Metro-Goldwyn-Mayer (MGM) gave her a small part as American boop-boop-a-doop singer of the 1930s, Helen Kane, in the film Three Little Words (1950) starring Fred Astaire and Red Skelton.

Her role won her a movie contract, with Warners signing her for seven-years. In her next film, Two Weeks with Love (1950) with Jane Powell, she had a hit with the song "Aba Daba Honeymoon", which she sung with co-star Carlton Carpenter.

Her big musical chance came in 1952 with a leading role in "Singin' in the Rain" as Gene Kelly's romance and dance partner. Her dancing really improved during the movie, with many hours of practice and great help from both Gene Kelly and Donald O'Connor.


In the Esther Williams film 'Skirts Ahoy' Debbie had a wonderful dance sequence with Bobby Van. which confirmed her as one of the best song and dance starlets in Hollywood.

In the early 50s Debbie's named was lined with that of Robert Wagner, but her nice , unspoiled girl-next door image remained unchanged. Born on 1 April 1932 to a nice middle class family, and winner of 48 girl-scout merit badges, Debbie apparently preferred jive dancing and playing her French horn to a night on the town.


By the mid-1950s, she was a major star, appearing in more than 17 movies during the decade.  In Bundle of Joy (1956) she appeared with her then-husband, Eddie Fisher. In October of that year the couple had their own bundle of joy - baby daughter Carrie Fisher. 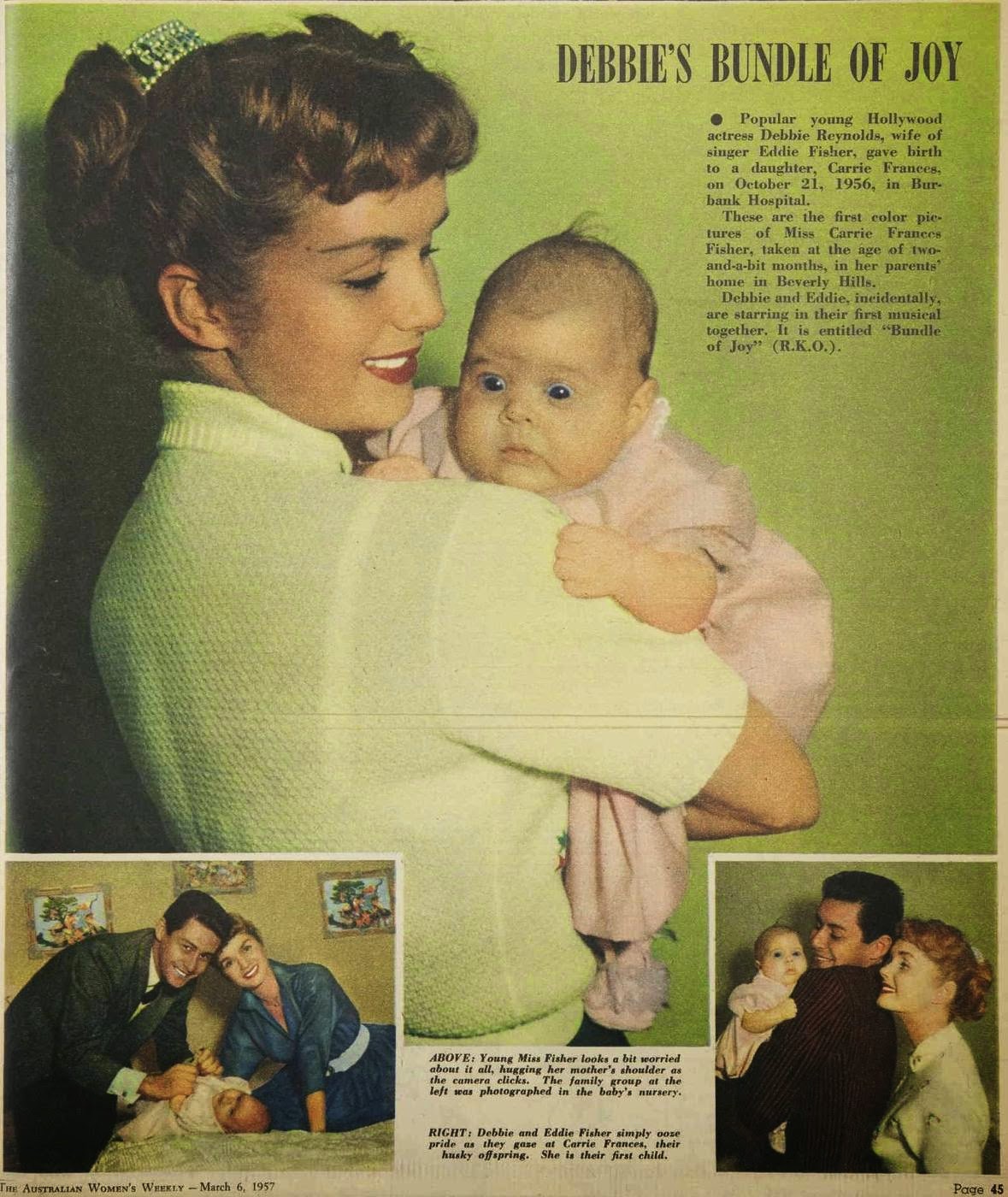 Their marriage also produced a son, author/host producer Todd Fisher, but ended in divorce in 1959 when Fisher fell in love with Reynolds's former (and later) friend Elizabeth Taylor.

Another major movie for Debbie was "Tammy and the Bachelor" in 1957, in which she co-starred with Leslie Nielson. She played a hick country girl from the depths of Mississippi who meets and falls in love with a gent from the smart part of town. 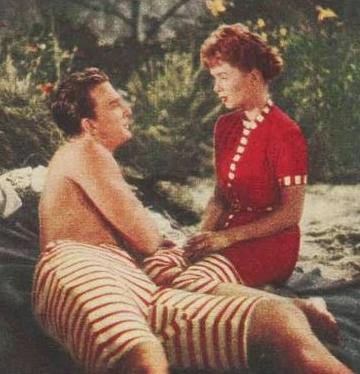 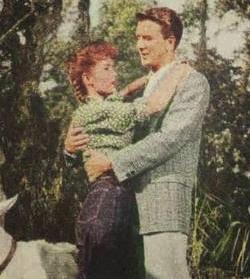 Her version of the song "Tammy" earned Debbie a gold record and was the best-selling single by a female vocalist in 1957.

Debbie also scored two other top-25 Billboard hits with "A Very Special Love" (1958) and "Am I That Easy to Forget" (1960)—a pop-music version of a country-music hit made famous by both songwriters Carl Belew (in 1959), Skeeter Davis (in 1960), and several years later by singer Engelbert Humperdinck - quite poignant after her short marriage.

1962 saw Debbie play showgirl Thelma Ritter in a major role opposite Gregory Peck - in the first drama to be made in 'Cinerama' -  the epic western 'How the West Was Won.'

In 1964 Debbie starred in "The Unsinkable Molly Brown", a biographical film about the famously boisterous Titanic shipwreck survivor. She received a nomination for the Academy Award for Best Actress for the role. 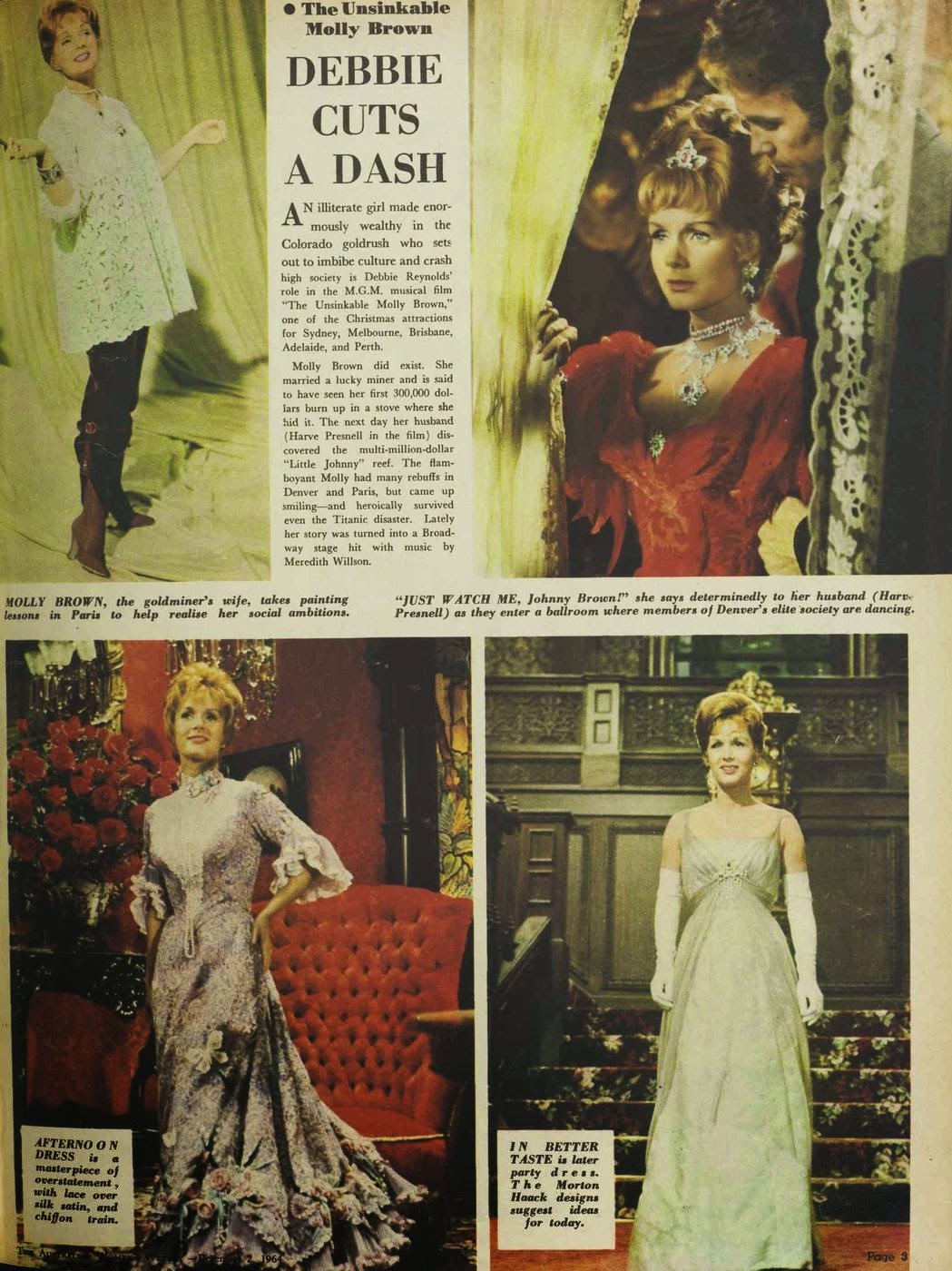 Debbie herself says that she was "a real ham" in her early movies, and that it wasn't until "Goodbye Charlie" also in 1964, that she really learned to act.  In the late 1960s Debbie hosted her own television show - The Debbie Reynolds Show. 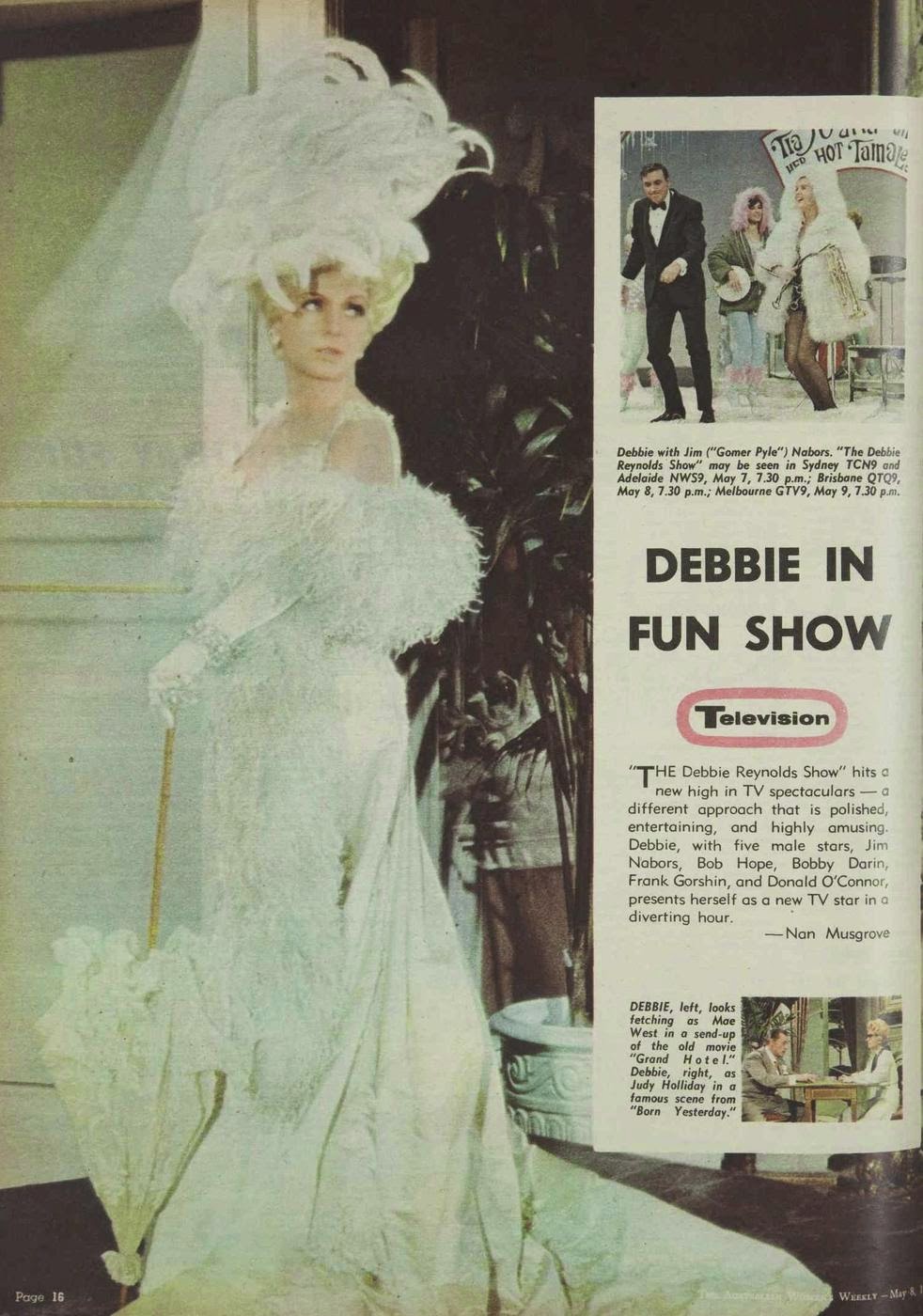 In what Debbie has called the "stupidest mistake of my entire career", she made headlines in 1970 after having a fight with the NBC television network over cigarette advertising on the program - NBC cancelled the show, despite Debbie winning a Golden Globe Award nomination for Best Actress – Television Series Musical or Comedy that year.

In 1977, after her thirteen year second marriage to Harry Karl also ended in divorce, Debbie said that she would not marry again - "I'm resigned to not marrying again. Twice has been enough" she told the Australian women's Weekly. " I just want to keep working."  After losing her estimated $15 million dollar fortune to to Karl's gambling, it's hard to blame her, although she called him " a sweet man who loved my children and me... he just loved my money more’.

Unfortunately for Debbie she did marry again, to real estate developer Richard Hamlett.  In the 1990s they bought a run-down Las Vegas hotel and casino and renovated them, adding a Hollywood Movie Museum which showcased her extensive collection of movie memorabilia.  the couple divorced in 1994, after the hotel went broke.  In June 2011, unable to find a suitable home for her large collection, she began auctioning it off.
The first auction, which included Marilyn Monroe’s ‘subway’ dress from The Seven Year Itch and Charlie Chaplin’s bowler hat, made £8 million.

By 2001 Debbie and Elizabeth Taylor had reconciled to such a degree that  they starred together - with Shirley MacLaine and Joan Collins - in the TV film These Old Broads, written by her daughter Carrie Fisher.


In November 2006, Reynolds received the "Lifetime Achievement Award" from Chapman University (Orange, California). On May 17, 2007, she was awarded an honorary degree of Doctor of Humane Letters from the University of Nevada, Reno, (Reno, Nevada) where she had contributed for many years to the film-studies program.

Debbie continues to perform successfully on stage, television and film, with her most recent movies including Katharine Siegel's 'One for the Money' (2012) and as Liberace's mother in 'Behind the Candelabra' (2013).  Even with the nose she looks amazing!

“I have never had a better time than being Liberace’s date,”Debbie said in 2013. “We all knew he was homosexual. That was a friend: You know what they love and the people that they love, and what they are.”
And at least he didn't take her for millions of dollars!  Debbie says now that she's done with men - "dogs are less demanding," she says "and they don’t spend all the money."  Amen girl!

She just seems like such a lovely person. Don't you think?

And she's my namesake of course!