Yesterday I watched the rather wonderful "We'll take Manhattan", a 2012 movie which looked at the love affair between 1960s supermodel Jean Shrimpton and photographer David Bailey, played beautifully by Karen Gillan and Aneurin Barnard. Set in 1962, before the Beatles, the fashions were interesting, some fabulous (including a green Mary Quant dress) some horrible, but the movie was fabulous. I watched it with my teenage daughter and we both loved it - here's the trailer.

1962 was before the mini-skirt took over the world.  By 1968 it was everywhere, and according to this article (3 February 1965, Australian Women's Weekly), it really began in 1964 - just like the Beatles. Mary Quant said she "only put one or two short skirts in my last collection, as I thought knee length just right...what happended? The girls hitched them up?" By 1965 minis were taking off.... 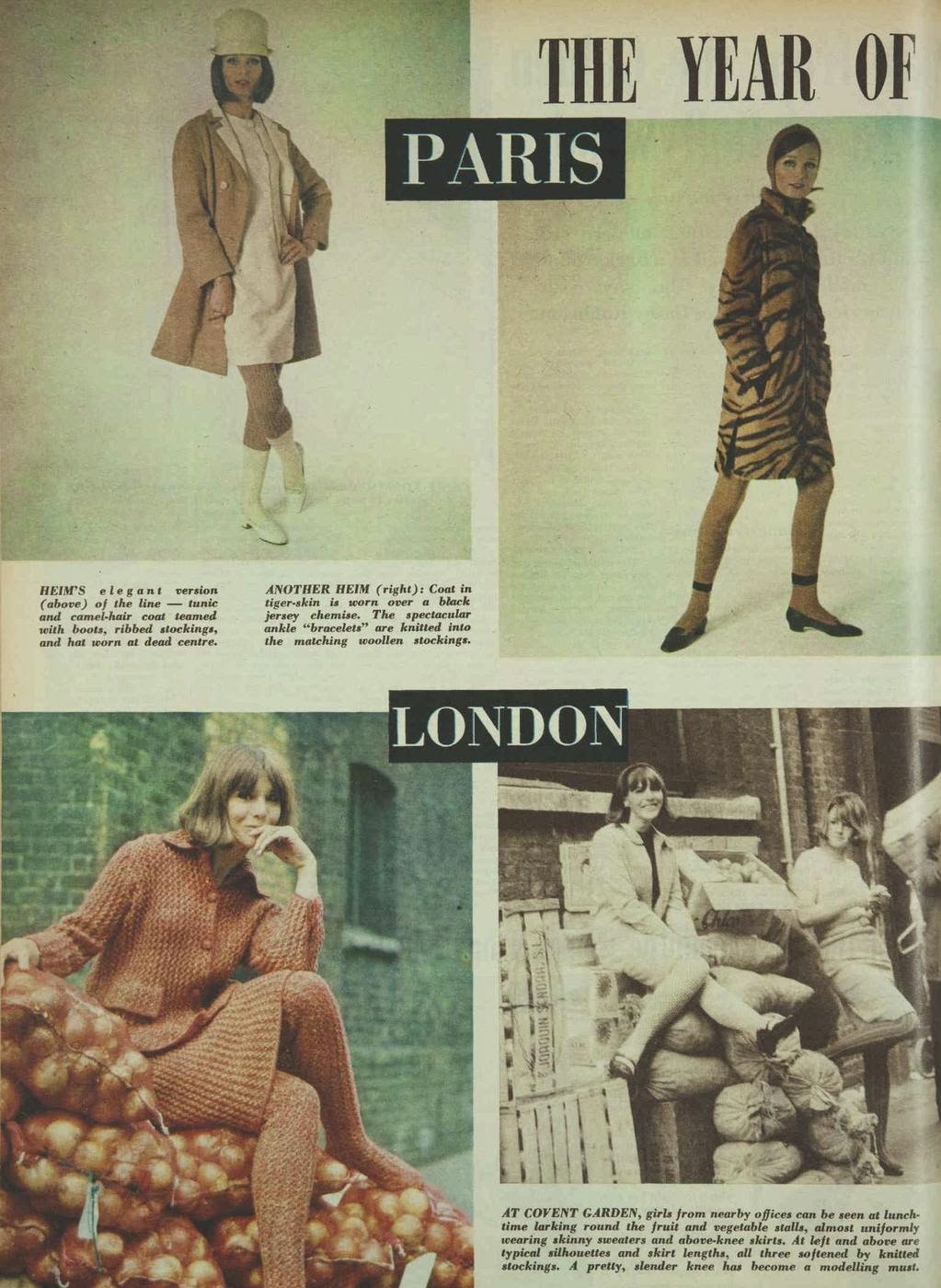 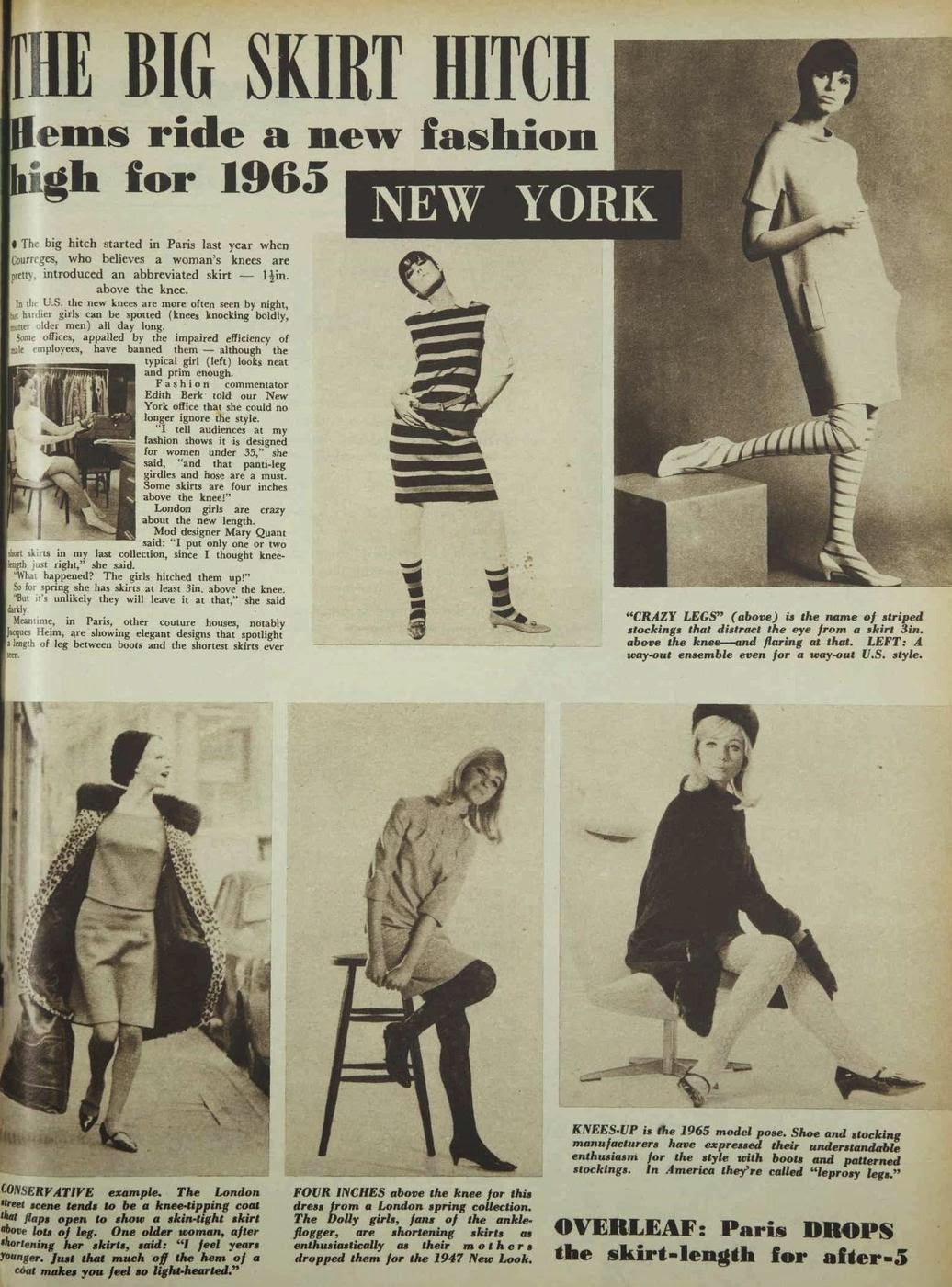 Obviously the trend didn't really take hold in Melbourne, or with any one over 30, quite so soon. Later that year Jean Shrimpton caused a stir when she wore a mini to Derby Day, the major horse race before the Melbourne Cup.

The mini has been in and out of fashion ever since, and is set to be big again, fifty years after it's big break. Louis Vuitton's Spring/summer collection for 2015 has a 60s retro-futuristic look to it -

Mary Quant is turning 81 next week, I wonder what she thinks of this latest collection?