I have written previously of detachable white collars and how they were popular during wartime as an aid to help being seen during the blackout.

They were also used to dress up plain dresses, and were not made of fabric, but knitted or crocheted.
Here are two pretty versions that could be made at home. 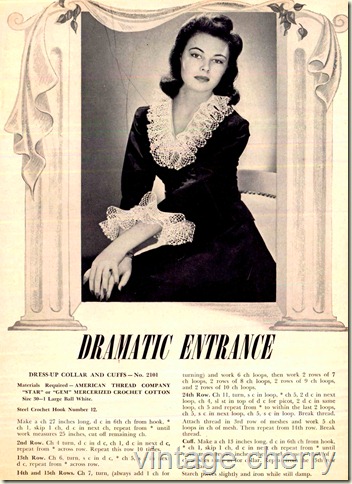 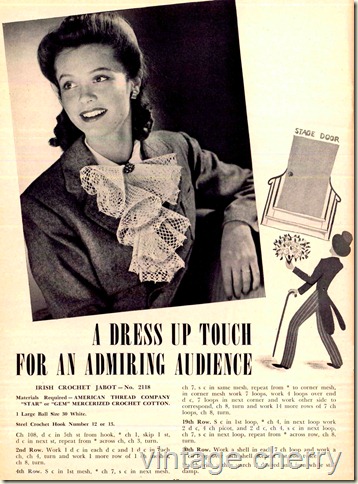 Aren’t they sweet, and doesn’t that first model look like Ava Gardner?