London Fashion and a Hemline War, 1951

Yesterday I looked at the Festival of Britain, that occurred in 1951.  What might you have been wearing to attend a reception in London at the time?  The Australian Women's Weekly of 5 September 1951 suggests the following- 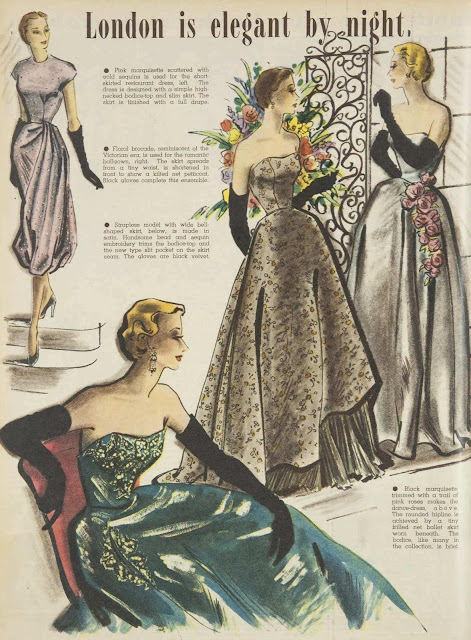 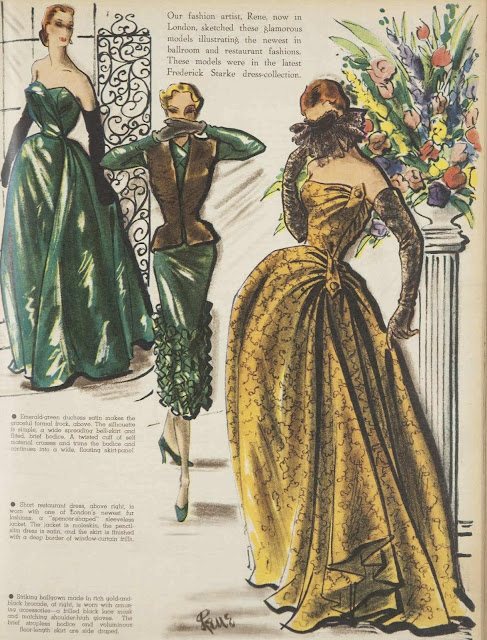 The same issue of the magazine also had this little snippet about hemlines, which I think is hilarious.