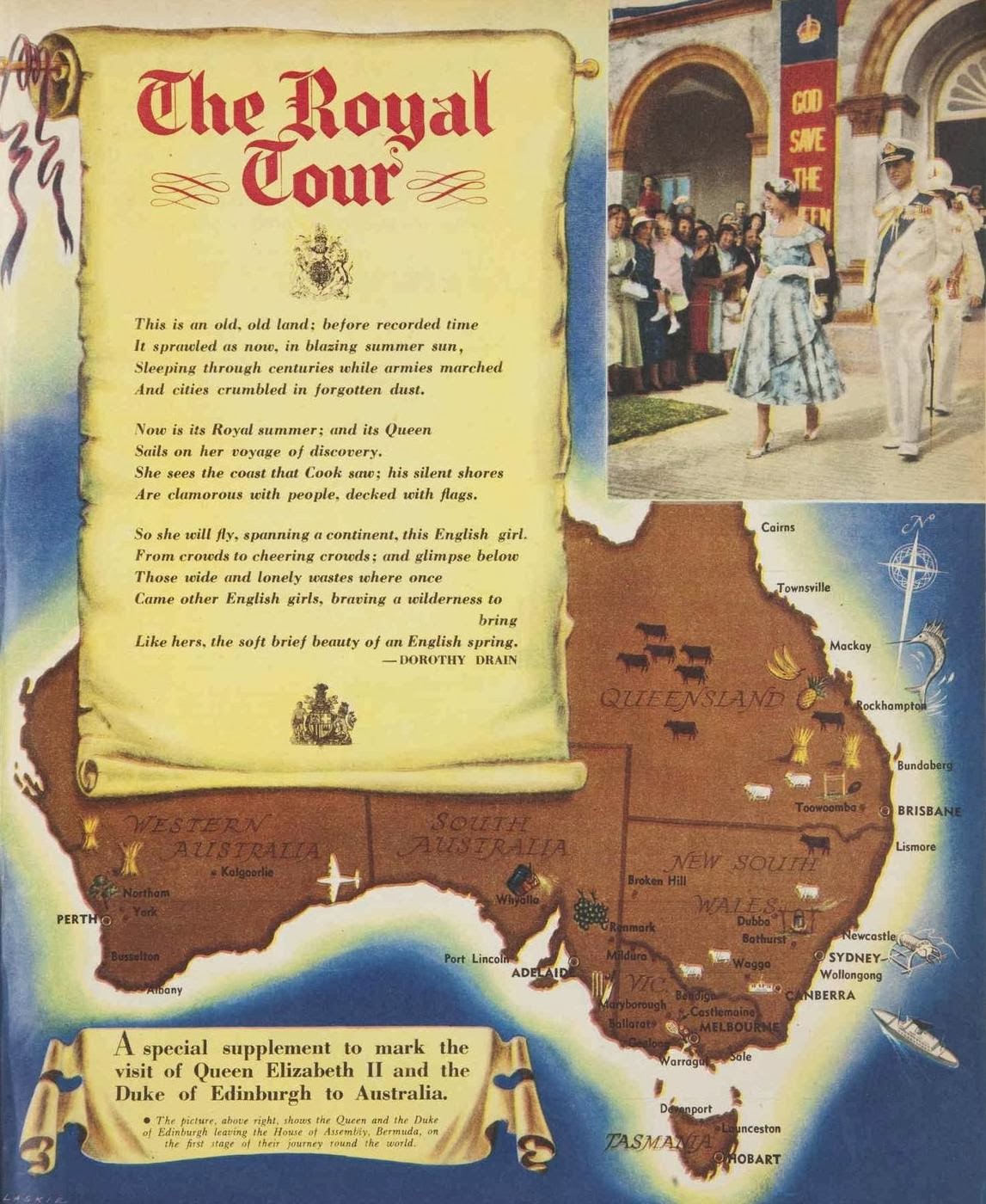 It was a big deal, as Elizabeth was the first reigning monarch to do so.  Everyone was encouraged to line the streets and cheer loudly as the Queen's car rolled by.  I wasn't there, but I do remember a royal tour in the 1970s, where we were encouraged to do the same.

The Royal couple arrived in Sydney on 3 February 1954, visited Victoria from 24 February to 9 March, then Queensland, and departed the country from Fremantle in WA on 1 April 1954, having visited all the capital cities apart from Darwin, and over 70 country towns.  They went to races at Randwick in Sydney and Flemington in Melbourne, Adelaide hosted a cricket match and Sydney also laid on a surf carnival. They even stopped here in Mackay before sailing around the Great Barrier Reef.

I don't know that they visited Ayers Rock (Uluru) as both subsequent couples have done!
Australia was on show to the Queen - and the world, but the Queen was also on show - hopeful that her subjects would not cry for Independence and the leave the Commonwealth.

Everyone got into the Royal  Tour, even advertisers, eager to cash in on Royal fever..... 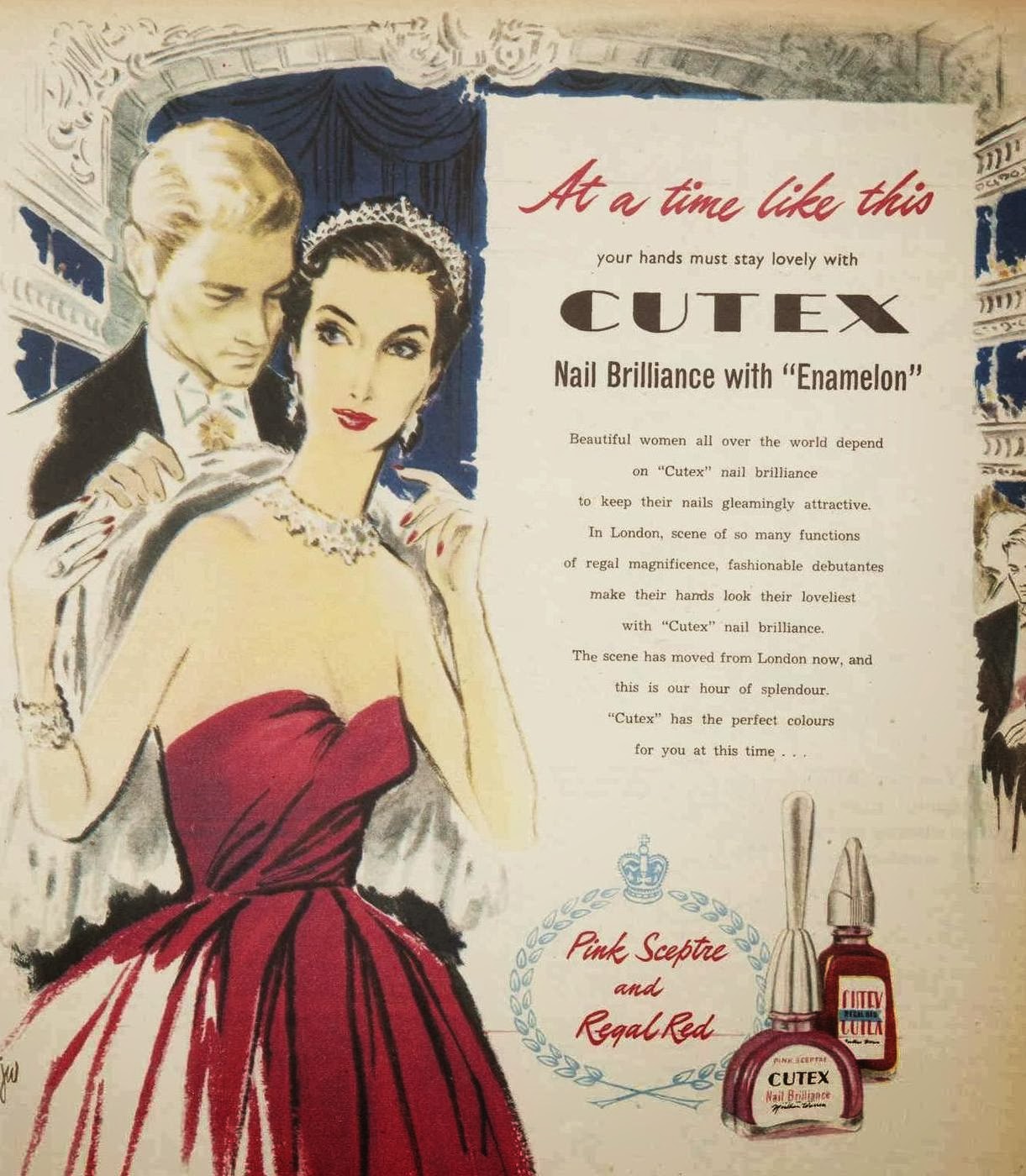 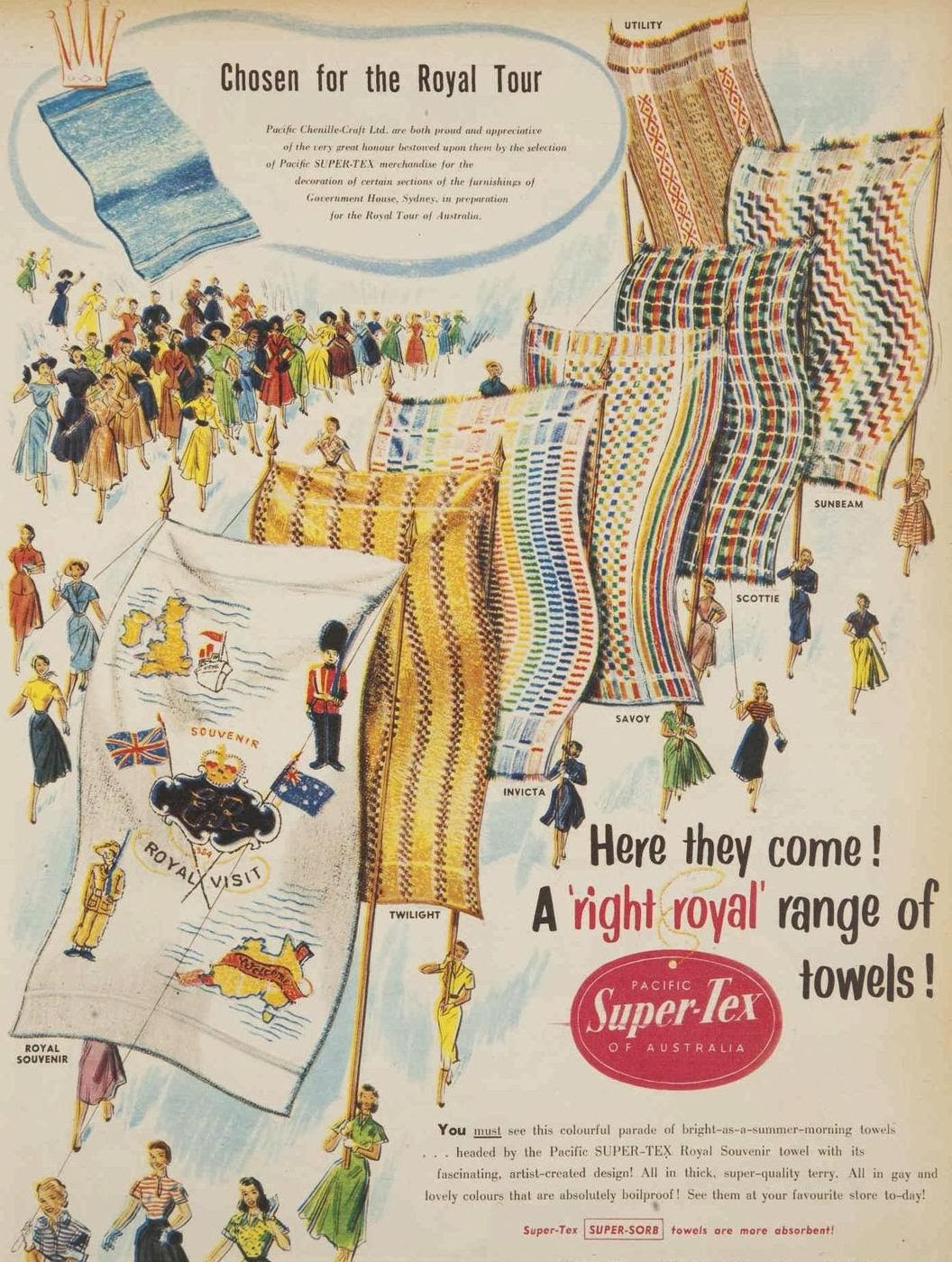 And what would you wear to meet the Queen? Well, if you were attending a garden party.... 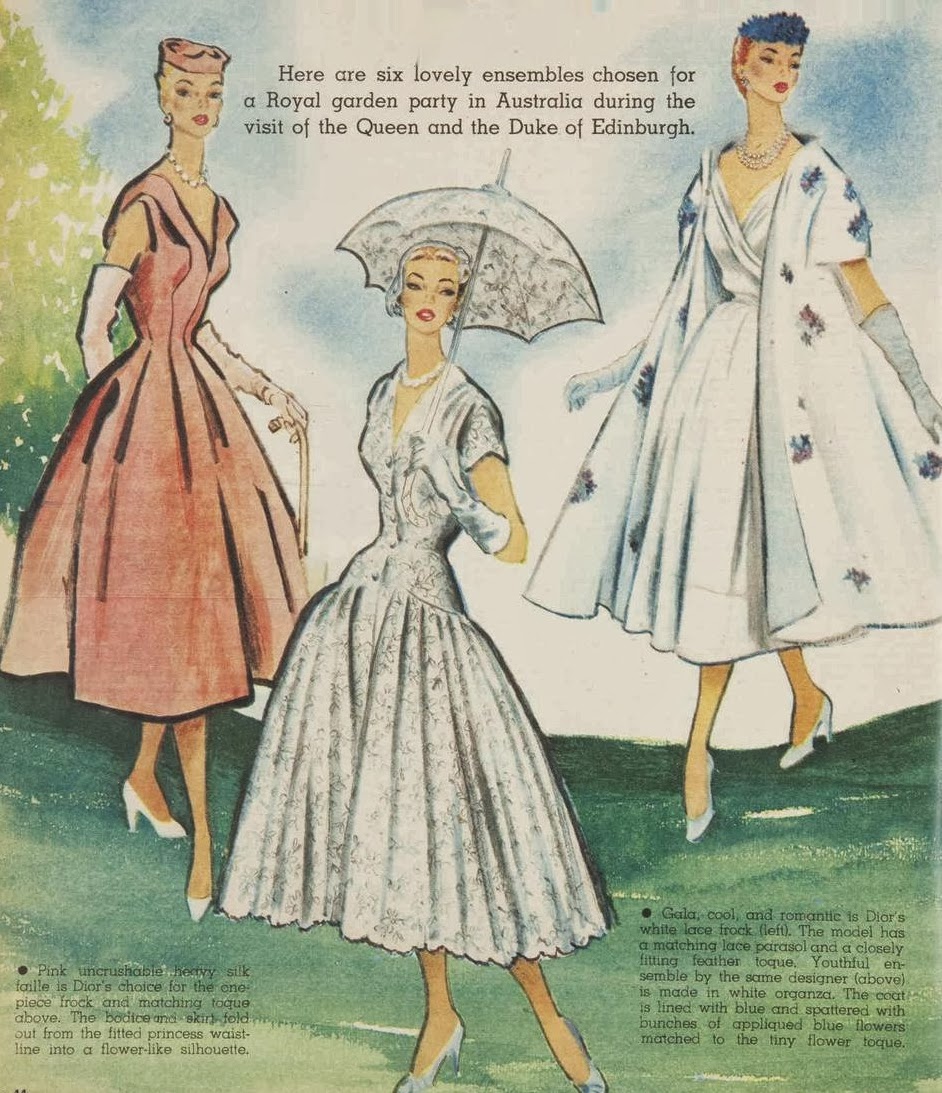 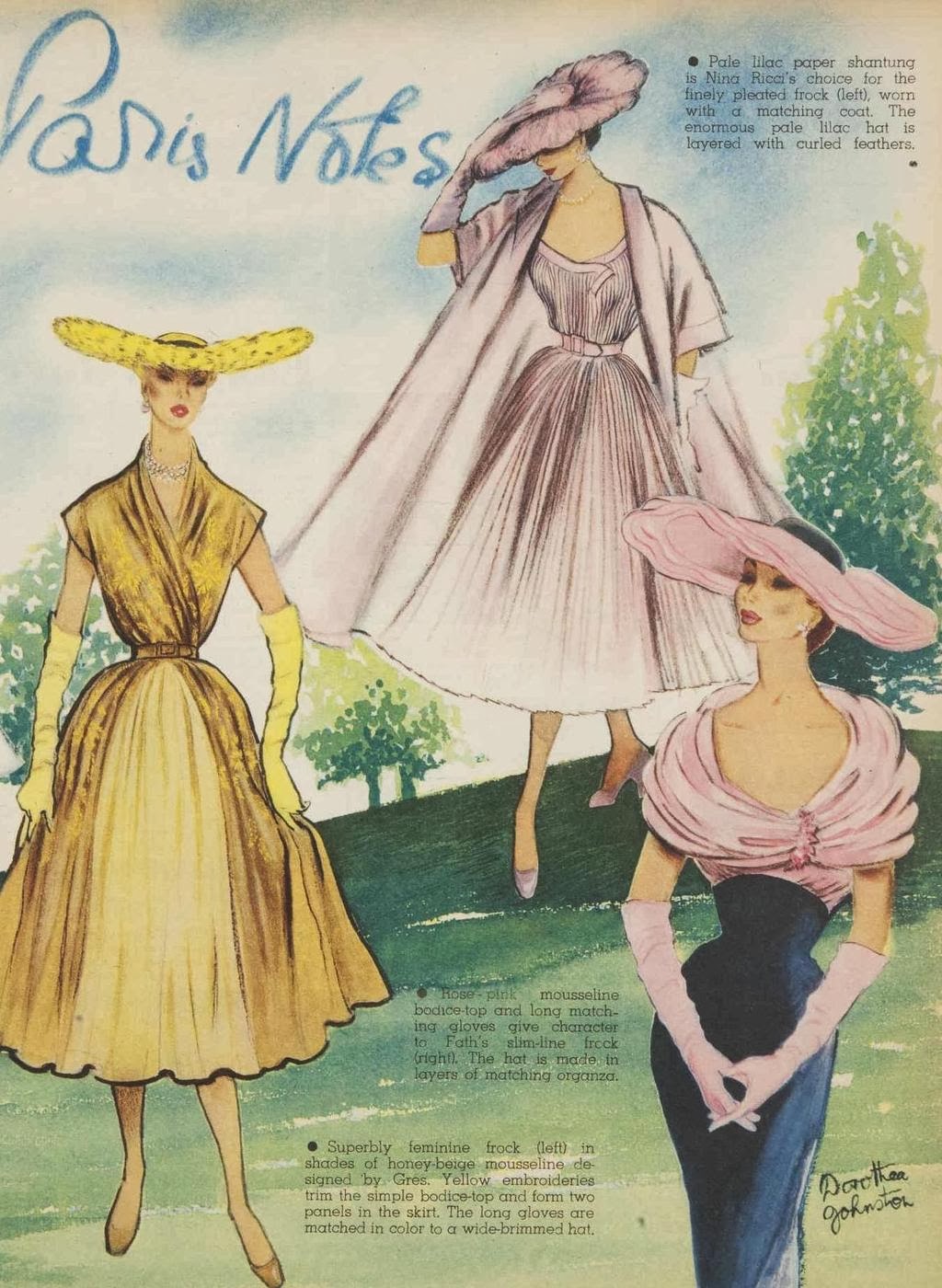 And of course you'll need your pink spice lipstick "harmonize and gives sparkle to the clothes you'll be wearing during the Royal Tour Season." 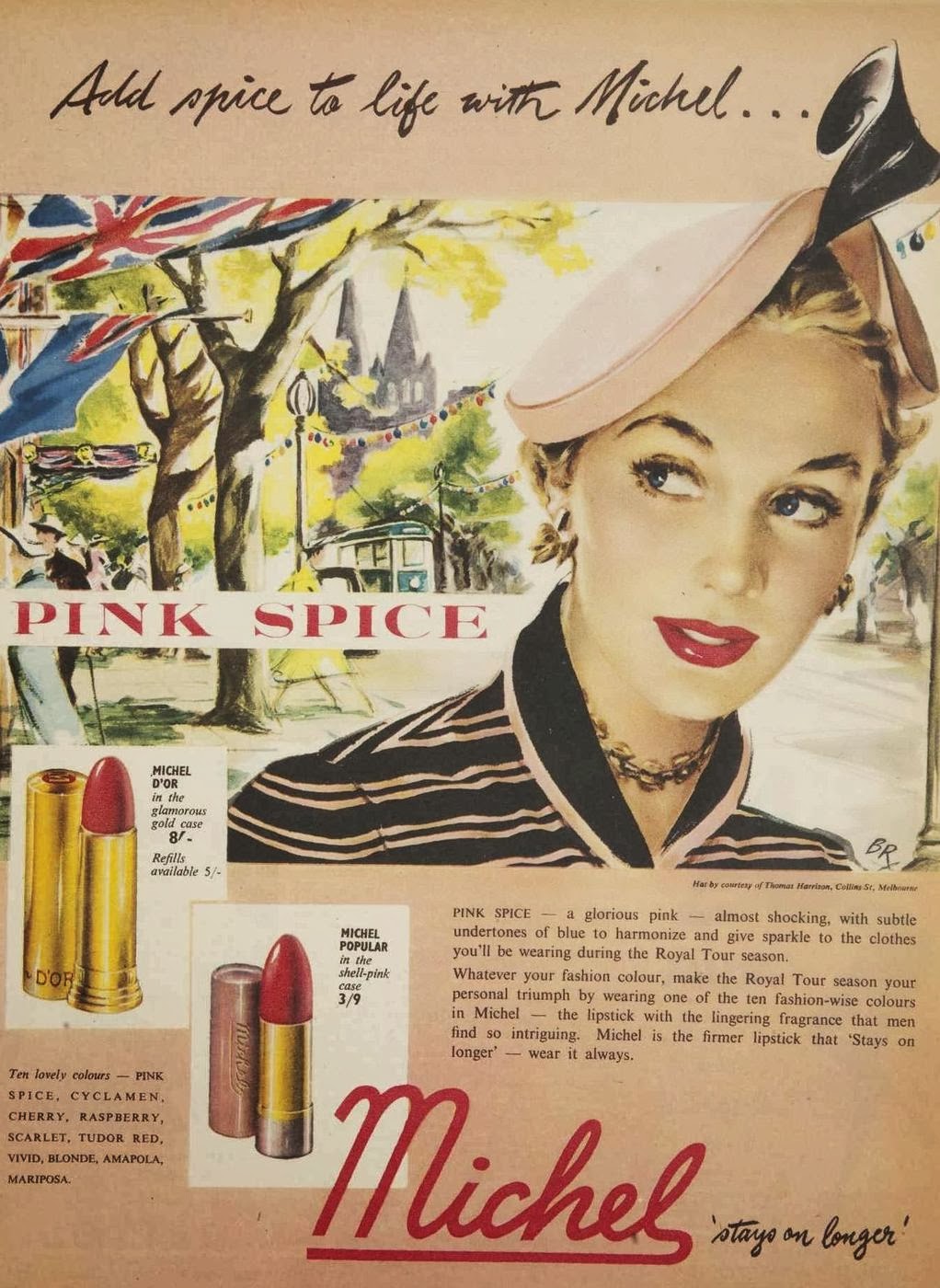 And your fiesta stockings. 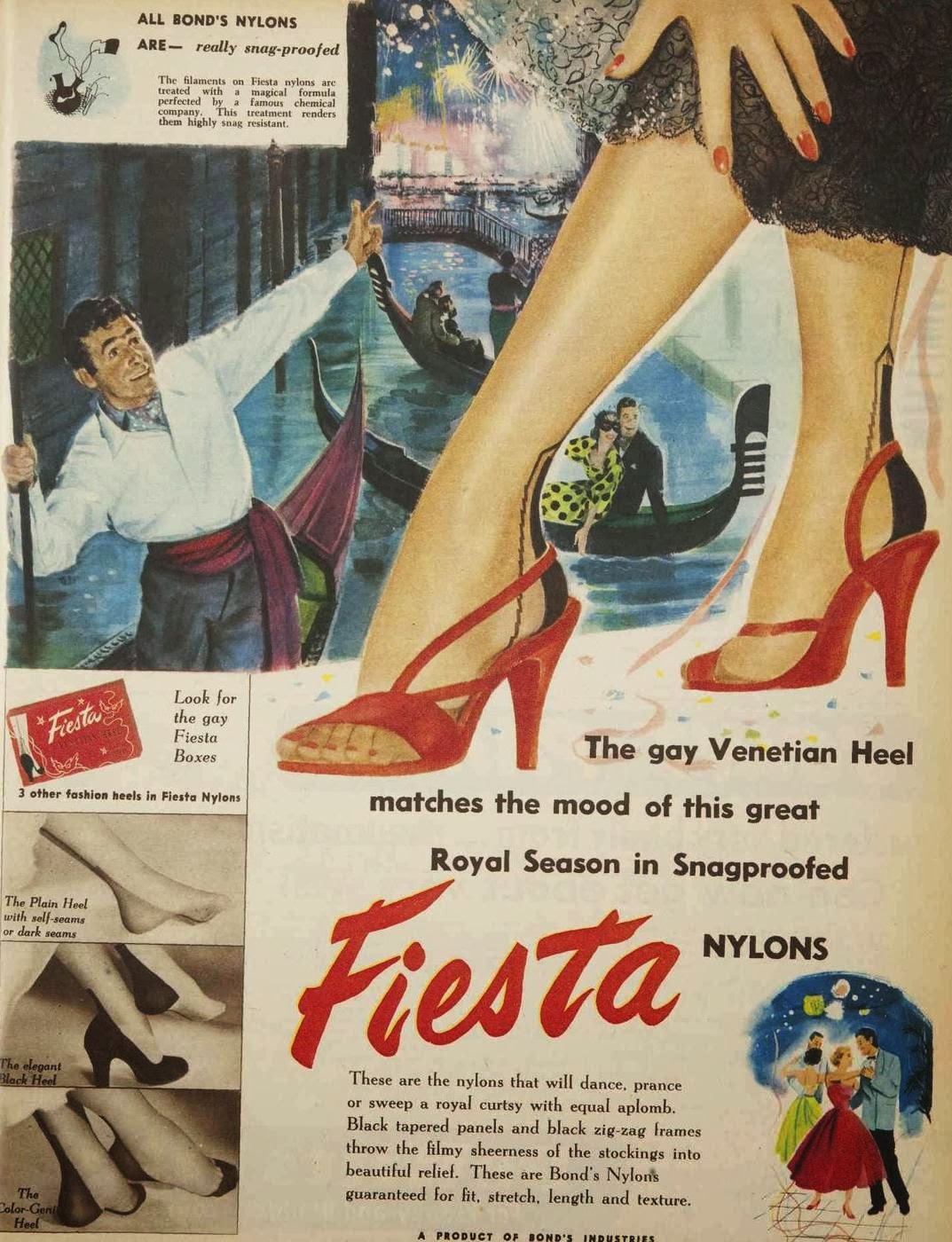 You can read more about the 1954 Royal tour at the National Museum of Australia
For more ads of the time see my tumblr tab.