It’s the first Tuesday in November, and the race that stops a nation, The Melbourne Cup, is being run this afternoon (2.00pm QLD time). 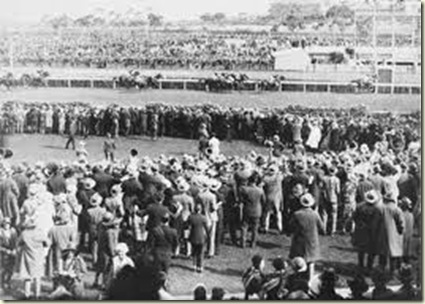 Phar Lap winning the Melbourne Cup from Second Wind and Shadow King on
5 November 1930
(State Library of Victoria, b52293, photograph by The Argus)

I do love men in hats!

Model Jean Shrimpton shocked Melbourne in 1965 when she turned up to the cup with  mini-dress – the first seen in Australia!  She also had no hat or gloves, and the dress was sleeveless – quite against the dress code at the time which was quite rigid. 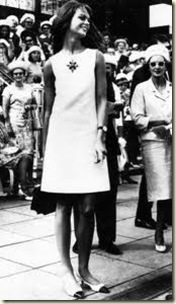 Here a link to more information about the Melbourne Cup.  I am going for Number 24 OLDER THAN TIME – has a nice vintage feel to it don’t you think (and nice black and red silks to match my hat)? 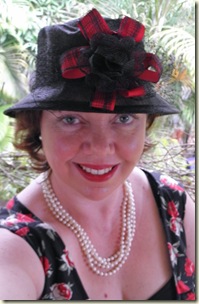 This week, I found my lounge suite! 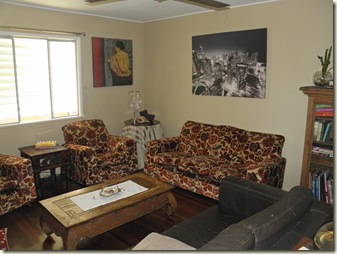 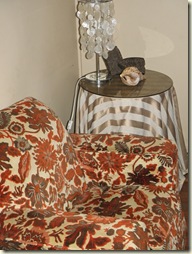 A three seater and two chairs – a 1940s suite recovered fairly recently in velvet.  The price? $200, including delivery. I love it! Now for some vintage pictures……….. 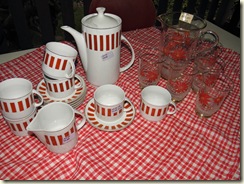 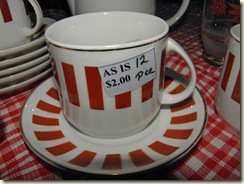 Cup Update – I didn’t win  with ‘Older than time’,but hubby got the trifecta when the French-trained  Dunaden beat Red Cadeaux in a photo finish and Lucas Cranach came third. 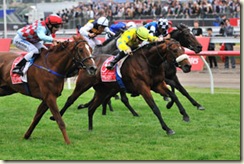