Cover of the Australasian  Magazine for 21 March 1942: 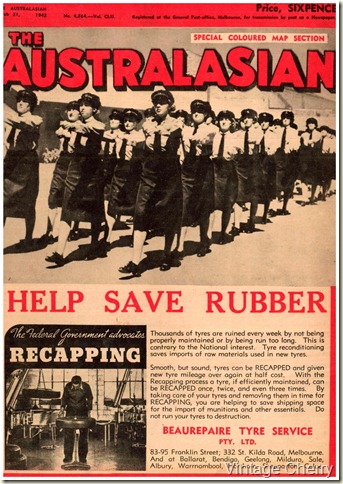 You would think that with people using less petrol, tyres wouldn’t be an issue!

Day one of my ration diet began with a glass of water, a bowl of All Bran with milk and apricots (I’m using tinned but in 1942 as a stay at home mother I would have stewed or preserved/canned my own).  And of course a wake up cup of coffee with a little milk. 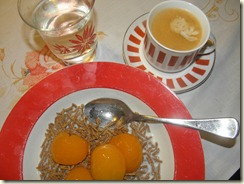 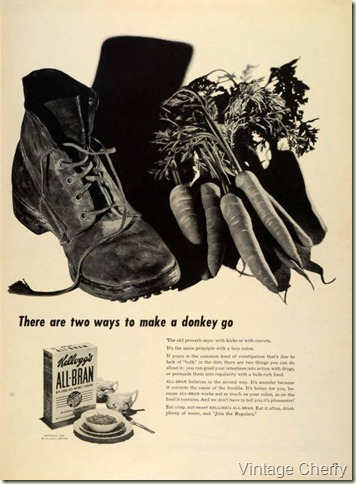 If you can’t read it, the answer is “by kicks or carrots – just like your colon…….”
Any way, Morning tea was another coffee.  At work we have a nespresso pod machine, so it’s real coffee, about 5gm a cup, and I make it long with a shot of milk and top it up with hot water.  I also had a home made biscuit. I already had these, so not sure how much of rations it would use, but I will try and bake on the weekend and work it out.

Lunch was a sandwich with a table spoon of raspberry jam, on white bread (we were out of wholemeal) a carrot, a nectarine and a (locally grown free from friends) star fruit for mid afternoon.  This is what I took to work: 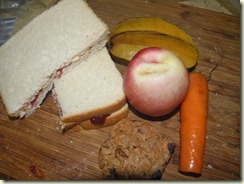 Dinner  was Roast chicken (free range) and vegies, with one biscuit/cookie for dessert. 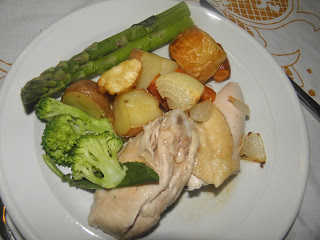 I have kept the carcass and vegie trimmings to make soup and the dripping and extra roast vegies for a pie for tomorrow night. Waste not want not! Australia never had it as bad as the UK when it came to rationing.  The UK had huge shortages of food and other materials, because of blockading in the north Atlantic by German U-Boats.  In Australia, rationing was intended as a way in which Aussies could contribute to the war effort through communal sacrifice, and it was supported by most people because it ensured that everyone would be able to access essential items.
The Rationing commission stated that if we weren’t going short, it meant we weren’t supporting our troops, that ships that should have been transporting essential war items were instead transporting luxuries. 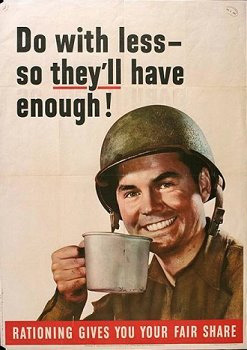