Oh my gosh – it’s been a week.  I haven’t even eaten my cheese ration yet!  Mind you, tonight we did go out to dinner – a surprise birthday party for a friend, so we couldn’t not go.  My camera was flat, so I couldn’t take photos, but we went to a lovely open air restaurant by the River in Mackay, Bridges. It was so lovely to catch up with people, as the weather has been so bad here we haven’t been out or invited people over (we need to sit outside when we have visitors as the eating area is so tiny).  I had a steak, which was quite small so I didn’t feel really guilty, and vegies and mash.  Wine, but no dessert.
Breaky had been porridge again (the kids are asking me to make it now) with apricot puree, and lunch was a corned beef and tomato sandwich.  I cooked the corn beef myself the other day, so as to have an easy dinner on hand.  I think  we’ll have it tomorrow.  A pancake with jam and an apple for snacks. 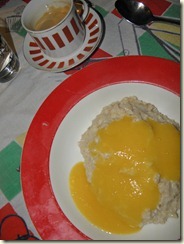 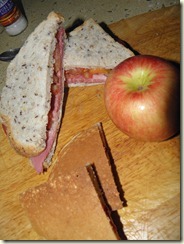 Enough about food.
I have been reading about the Japanese during WWII a bit lately. This article is in my copy of The Australasian Magazine from 7 March 1942, and is by a foreign correspondent who spent 13 years in Japan before the war. 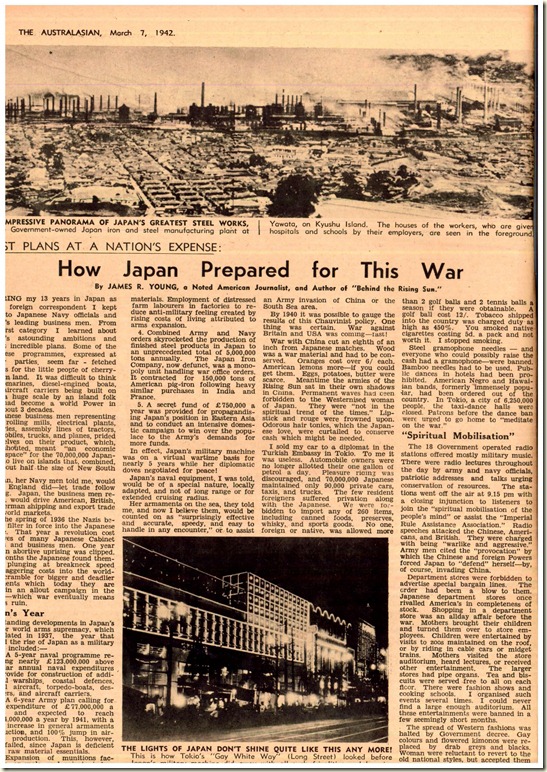 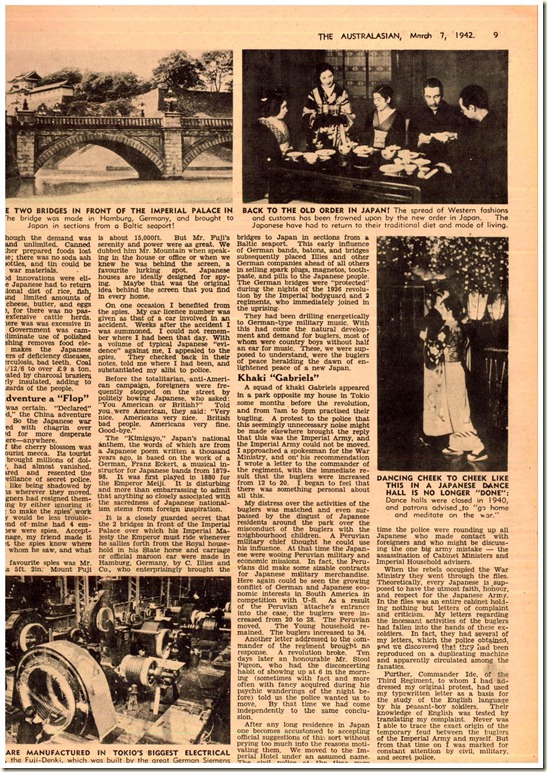 Basically he says that 1937 was the year that marked the rise of Japan as a military threat, because they

In addition, from 1940 prices went up and bans and rationing began. Westernised ways, such as dancing and makeup, were frowned upon – permanents waves were banned, as was western fashion, and dancing at dance halls – people were urged to go home and “meditate on the war”. 18 Government run radio stations played military music, and lectures from military personal.

It sounds like the average person had no say, or no chance is opposing, in what the Japanese government was doing.   We just voted last weekend, and our state political parties will change, but you don’t really know what they are going to do until they’re in, do you.  I wonder how it felt to live in Japan in 1942, as a Japanese person.