Today is the twin's eighth birthday. Unfortunately  because of the weather, which has suddenly decided to be cold and wet, rather than just wet, the planned party at the beach had to be cancelled, and instead we just had a few friends over for morning tea. All our party games were planned for outside, so instead the children decorated cup cakes, drew pictures and danced.  It's holidays, so they hadn't seen each other for over a week - there was lots to catch up on. 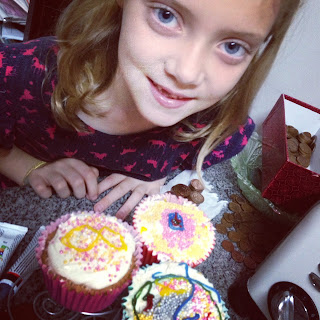 that's Olivia with some of her work - the coins in the background are Ethan's.  He's in the middle of
polishing them.  His favourite birthday present - a bottle of Brasso - I kid you not!

Here are some photos of birthday parties in the 1930s:

Are they plastic cups? And I wonder if it's just one family, with mum and grandma - the children all looked well spaced in ages. A bit like our family - it's a party even if no one else comes. I love the boy's ties - it's probably an after school celebration.  This looks another photo of the same family, maybe earlier in the afternoon when the party was in full swing. 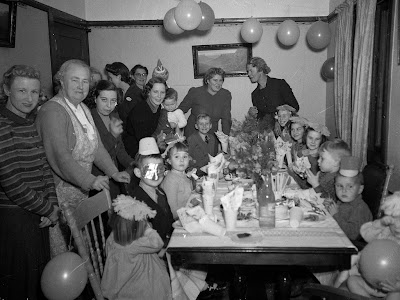 This ninth birthday party, also in Sydney in the 1930s looks quite grand.  The girls have wonderful party hats, and the mothers are still in their street hats - probably they are at a restaurant.

We tend to blow our candles out first - cutting is messy enough! 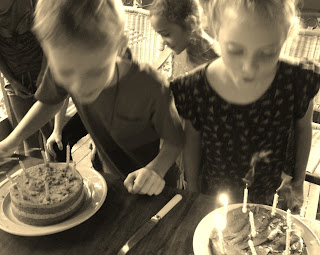 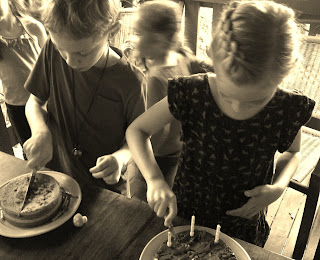 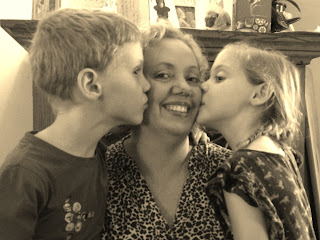