After many attacks by the Japanese on the Northern Territory in February and March 1942, by 13 April 1942 Squadrons based there started to attack Japanese targets in Timor and the East Indies. 13 Squadron RAAF was one of these squadrons, based in Daly Waters, near Darwin.
The squadron moved to Hughes airfield south east of Darwin in the first week in May 1942, and was made non-operational in early 1943 to allow them to re-equip their aircraft and give their personnel a much needed rest. They moved to Fairbairn airfield near Canberra in April 1943 to re-equip with Bristol Beauforts and Lockheed Venturas, and in November and December 1943 carried out anti-submarine patrols from Coff's Harbour in NSW. Gough Whitlam (future Prime Minister of Australia) joined the Squadron as a navigator in 1943. 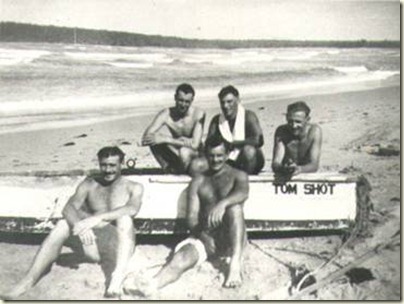 The 13 Squadron RAF in Gove , 1944 L - R at Rear: Gough Whitlam, Peter Clarkson, Ian Sinclair,
L-R at Front: Les "Digger" Davies, Jim Pugh
In May and June 1944, the squadron moved to Cooktown airfield in North Queensland, and then moved to Gove airfield in the Northern Territory in August 1944.  They carried out quite a few anti-submarine patrols and bombing raids on Japanese targets on Timor and the Dutch East Indies.
Yesterday I spoke of Liberty Loans. Here is an ad from March 1942. 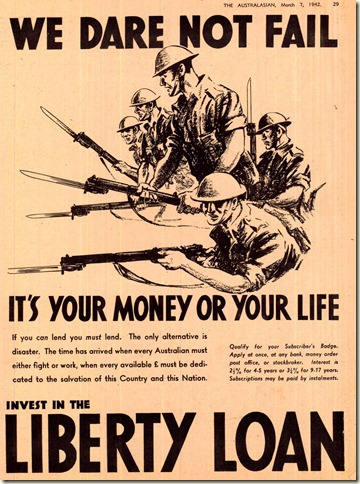 And here is a photo of the ‘free badge’ for subscribers. 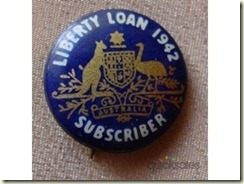 And of course some fashion – part 2 of the cotton frock series, Summer 1942.  I love the tailored slacks below left too! 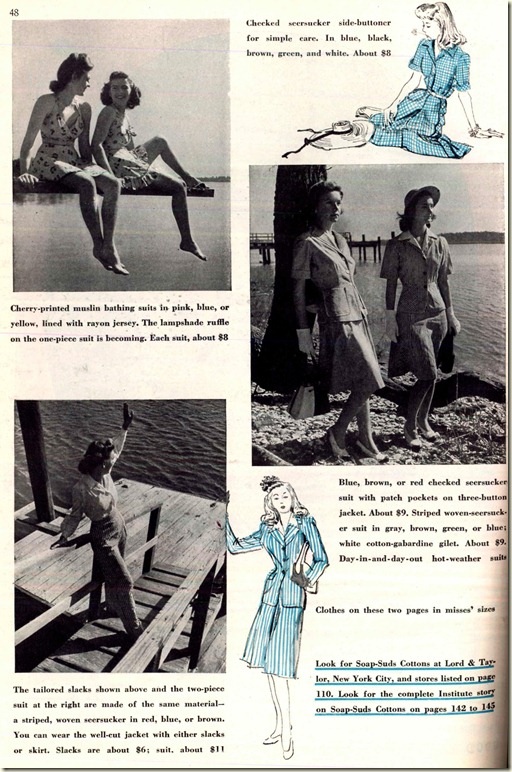