Wishing for a New Washer

My washing machine has died. Well almost. It's carrying on a bit, dancing around the laundry with each load, refusing to spin properly, and generally just being annoying. Mr handyman had done his best (he pulled it apart, cleaned it and used cable ties to try and fix it), but to no avail. After only eight years, the old top-loading washer is done. A replacement is needed.


This is a Bendix front loading washing machine. From 1951!

The small company of Bendix Home Appliances was founded by Judson Sayre in 1936 and first made an automatic washing machine in 1937,and applied for a patent in the same year. Although it looks like the front loading automatic washers seen today, and included many of the same basic features, the machine lacked any drum suspension and therefore had to be anchored to the floor to prevent "walking" - maybe that's what I need to do to my machine. The machines were being advertised for sale in Australia from at least 1949. This 1952 ad shows 'new improved Bendix automatic washer.' 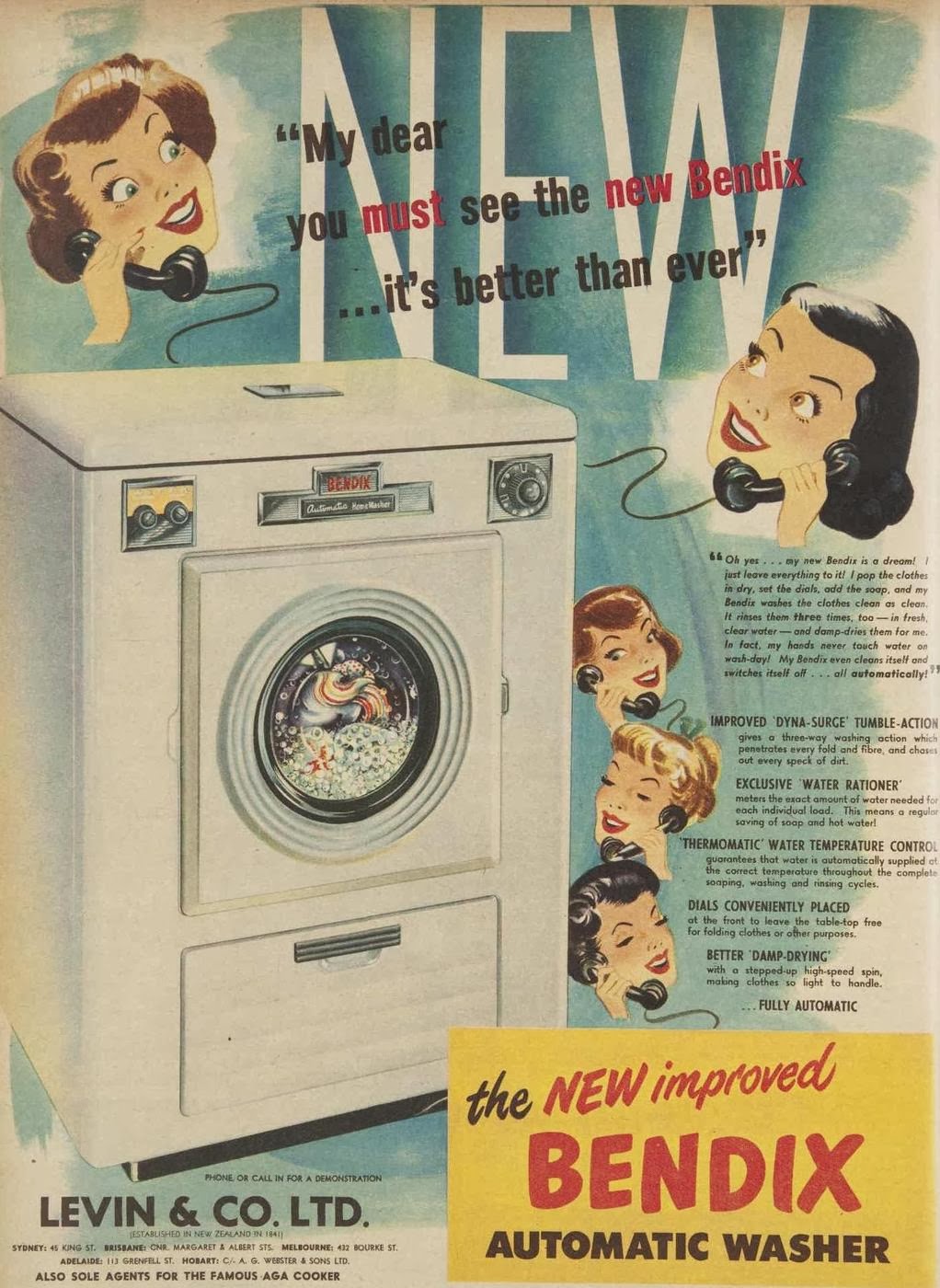 Bendix also developed one of the first combination washer and driers in 1952/  In 1954 Australian newspaper display advertisements described the machine as a 'miracle of modern times' and boasted that it ' takes the entire business of washing completely out of your hands'. 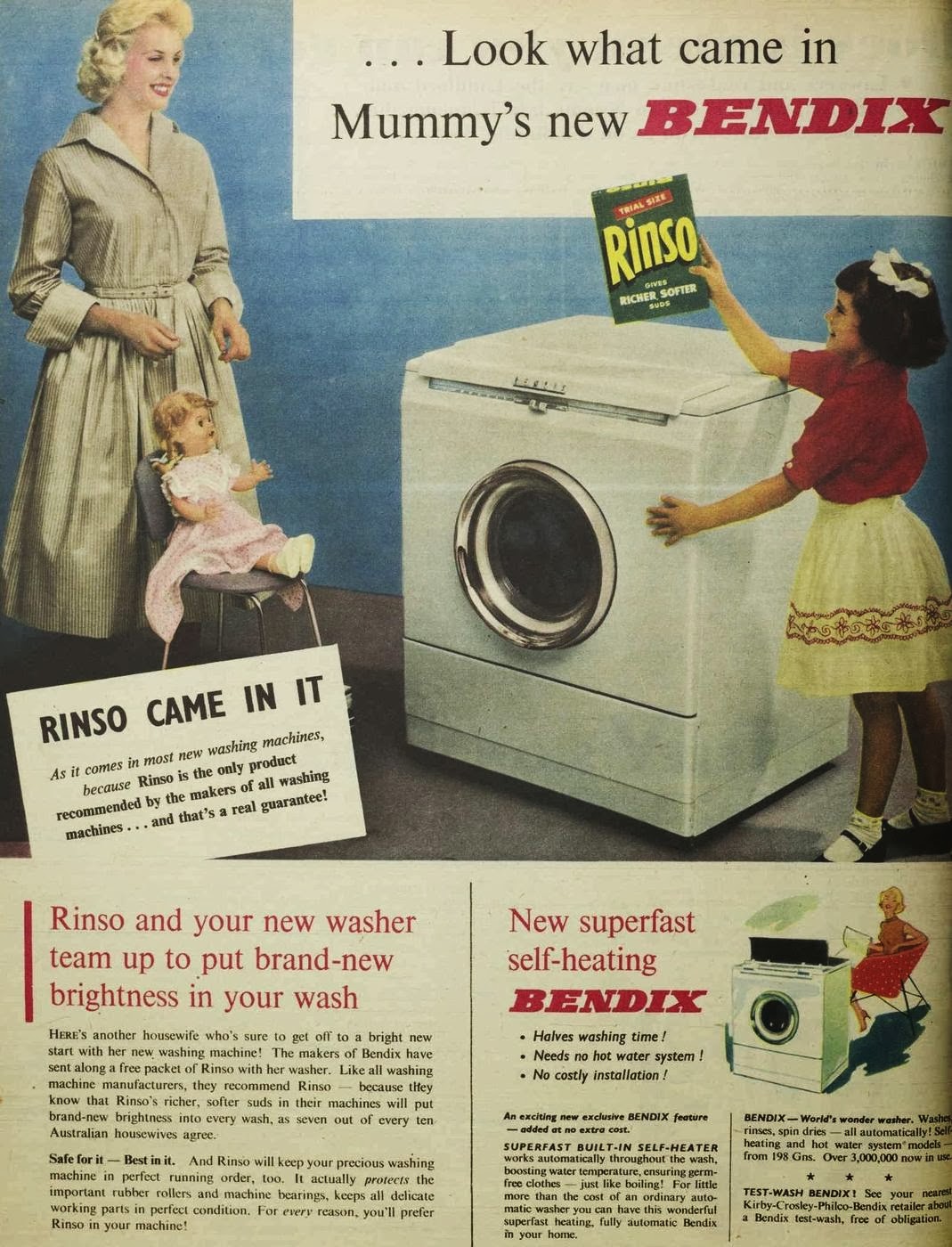 Bendix Home Appliances was sold to Avco Manufacturing Corporation, who liquidated the company in 1956, before selling the brand to Phillco.  the Australian James N. Kirby group then made the machines (and Crosley fridges) under licence from Philco.  I think the company was then taken over by General Electric in about 1961.  The machines are no longer manufactured, although spare parts are available for the existing machines, which can sometimes be found secondhand.

I think I'll have to make do with a Samsung - unless you know anyone with an old Bendix for sale?!  Just think, this could be me in the picture....
Deb xx