As part of the lead up to the attack on Darwin by the Japanese they carried out reconnaissance flights, including one on 10 February 1942 - a Japanese Mitsubishi C5M reconnaissance aircraft flew over Darwin and records show they spotted 27 ships in the harbour and approximately 30 aircraft at the Darwin Civil and RAAF airfields.

Meanwhile, other Japanese forces planning the assault on Singapore suffered their heaviest losses while moving up the Kranji River.  The ensuring panic nearly made them abort the operation, but a series of miscommunications and withdrawals by Allied forces in the battles following allowed the Japanese to again make strategic advances (eventually leading to the fall of Singapore on 15 February). 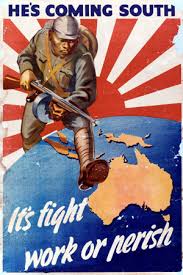 I do love the design of this poster – the red and white rising sun is great isn’t it?  Reminds me of my cushions.  I finally finished the couch recovering! I like it, but  think it would be terrible with a hangover first thing in the morning! 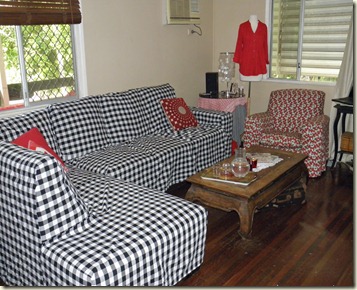 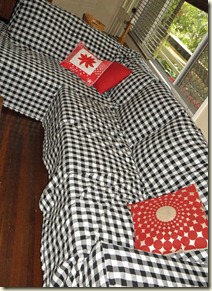 An the mannequin is not really a decoration, I have just been taking photos for ebay in front of the air-con instead of outside with the humidity and mosquitoes.

I decided my old lamp needed a little upgrade too – a little cherry fabric and a glue gun….. 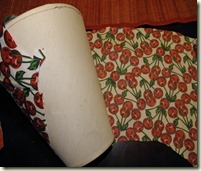 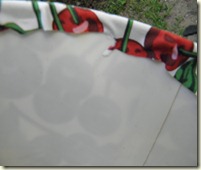 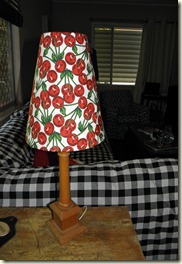 I could neaten the inside with tape, but maybe not.

Next project, the back veranda, or maybe the kids room – stayed tune!