Although I love natural products, there is one thing I have recently decided to do that involves some serious chemicals– go blonde! I was blonde as a child, and well into my 20s, then got mousier and a bit grey.  The last few years I have been using a herbal dye to do brunette.  But the time as come to relive my youth and be blonde again. I may have been slightly inspired by Jean Harlow in the 1930 film "Hell’s Angels".


Jean’s almost white platinum blonde hair and caused quite a stir in 1930 – nice girls did not colour their hair! Although Jean claimed her hair colour was natural, it was rumoured that she used peroxide, ammonia, bleach and soap flakes to get that ‘bombshell’ look. Peroxide sometimes caused burning to the scalp, which could result in hair loss.  Alfred Pagano, hairdresser to the stars, once said abut Jean Harlow, "I used to bleach her hair and make it 'platinum blonde, we used peroxide, ammonia, Clorox, and Lux flakes! Can you believe that?" And this process was done weekly. Could this be the reason Jean Harlow died so young, at age 26. Probably not in itself, she reportedly contracted polio, meningitis, and scarlet fever before the age of 16 then had pneumonia, two abortions, an appendectomy, multiple bouts of influenza, and a bad reaction to wisdom teeth extraction. She had  eloped when she was 16 with Charles 'Chuck' McGrew who was 20. Two months after their marriage McGrew turned 21 and received a part of his large inheritance. Jean and Charles moved to Los Angeles in 1928, settled in a house in Beverly Hills, where Jean led the life of a wealthy socialite. Neither worked  and both were thought to drink heavily.


In 1929 the couple divorced and, Harlow made a few movies in which she appeared as an extra, until her break with Hell's Angels in 1930 at age 18.  In 1932 she married MGM executive Paul Bern , but while Jean was busy shooting 'Red Dust', Bern was found shot dead at their home.  Rumours were that it was Jean who murdered him, though Bern's death was officially ruled as suicide.

Her hair did begin to fall out before her death though, and she wore a wig during the filming of China Seas. After this she changed her hair colour.  Jean complained about ill health in May, 1937 while filming Saratoga. Her symptoms were fatigue, nausea  water weight and abdominal pain, but were not taken serious by her doctor who believed she was suffering from a gall bladder infection and the flu. One month later, she was dead, her body double it’s size because of fluid retention. Officially,Jean died of kidney failure, or "nephritis," caused by a build-up of toxins over time because the body can't process waste. Weekly hair bleaching would not have helped.

Actor William Powell had a close relationship with Jean beginning in 1935. They were apparently engaged for two years but were forbidden by Louis Mayer, head of MGM, to marry, as  Jean was now MGM's hottest property, paired with the top leading men of the time including Spencer Tracy and Cary Grant.
It is reported that a single white gardenia with an unsigned note was placed in her hands before she was interred, presumed to have been written by Powell. The note read, "Good night, my dearest darling". He also paid for her final resting place—a $25,000, 9×10-foot private room lined with multi-coloured imported marble located in the "Sanctuary of Benediction" of the Great Mausoleum, Forest Lawn Memorial Park, Glendale. You can read more about Jean Harlow here.

Safe commercial hair dyes had been around since 1907, when French chemist Eugene Schueller developed synthetic chemical formulation he called Aureole, later renamed L’Oreal, however most blonde tinting was done with the aid of peroxide. In 1903, the New York Times carried the comment 'I hate girls who make up, and most of these blondes are peroxides.'  In 1909 Mr H Rowland apparently stated: 'Men say they hate anything loud about a woman; it must be disgust that makes them  always turn around to stare after a peroxide blonde.'
The blunt cuts of the 1920s gave way to softer more feminine shapes in the 30s, as women started to add waves to their hair. Finger waves were styled with fingers and waving lotions, without the aid of irons or shaping tools, and was affordable for every woman.  Pin curls were made by wrapping hair around the finger and pinning the coil close to the head with a bobby pin. The curls were held securely until the hair dried, then the pin was taken out and the curl would stay in place. Women who could not afford to visit the salon would also bleach their hair at home.

By 1932, hair was most often parted in the middle, and the longer waves were sometimes pulled back and secured at the neckline. The same year New York chemist Lawrence Gelb developed a hair colour product that penetrated the hair shaft – his product? Clairol.

The 1930s are back in fashion, as collections from Ralph Lauren and others showed last year, and blonde hair with finger waves and pin curls are back. Click here for a tutorial on finger waves.

Not wanting to risk unnecessary toxic exposure or scalp burning, I went to the salon for my blonde transformation and got foils. Not quite movie star locks, or looks, but I'm happy. I may even spend more than five seconds styling it when the weather is cooler! 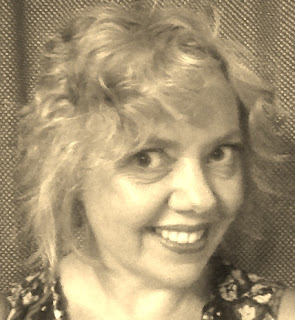