The first week of March 1942 was disastrous for the British and Australian navies, with the loss of over twenty ships, including the HMAS Yarra.  The Royal Australian Navy sloop was sunk by a Japanese cruiser squadron while defending a convoy (two merchant ships and a minesweeper) in the Indian Ocean, south of Java.  A total of 138 of her crew were lost, including her commanding officer, Lieutenant Commander Robert Rankin.

The squadron of five Japanese warships were twice as fast as the Yarra, and even faster than the convoy.  There was no way of escaping. Rankin was only 34, and in charge of his first command.  He didn’t surrender, he instead turned towards the enemy and engaged them, hoping to give the convoy time to scatter.  Unfortunately not only was the Yarra crippled by enemy fire, the convoy was also targeted, and all ships sunk.  Just 13 men were still alive when they were picked up by the Dutch submarine K-11 five days later

A month earlier, while under air attack near Singapore, the Yarra had rescued 1,804 people from the SS Empress of Asia, a troopship which had caught fire.  Rankin had been commended for his actions during that rescue.  Rankin left behind his wife, Mary Glennie Broughton, a nurse, whom he had married at the Bellevue Hotel, Brisbane, on 4 October 1937 and baby.  In 2001 a Collins class submarine was named in Rankin's honour and given the motto "Defend the Weak", but whether or not Rankin should be awarded a Victoria Cross is still being debated, 70 years later.  I think he was a hero, what about you?

Robert and Mary on their wedding day, 1937

New of the Day from the Melbourne Argus – 4 March 1942 – Darwin and Broome are bombed again.

To finish on a happier note, here is a lovely add from Vogue 1942 for DuBarry Beauty Preparations, featuring a man in uniform. 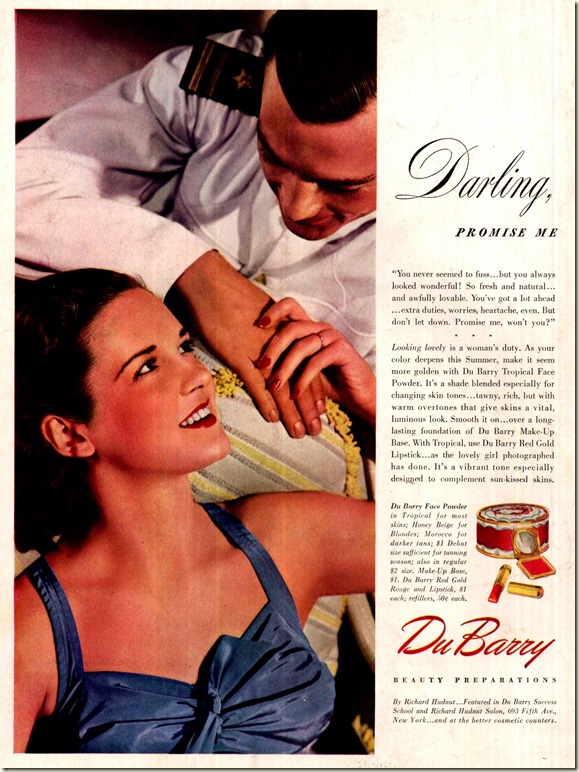 As it’s Sunday, and I am at home ad it’s hot and sticky, with lots of rain, todays outfit is just a sarong.

Unfortunately I look more like Costello than the girl, but you get the idea. Pardon my Sarong!

Pardon My Sarong was filmed at Mayfair Productions from March 2 through April 28, 1942, and features The Ink Spots in this great performance with dancers Samuel Green, Ted Fraser and Ray Winfield. 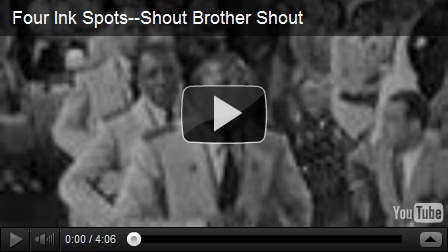 from Pardon My Sarong

Watch it if you can.