An award, a brooch & Broome attacked


Today’s outfit was my favourite brown tweed-look (but actually cotton) skirt and sleeveless red blouse with red peep-toe wedges. I dressed coolly as I had to attend the morning assembly at the children’s school, which is in an un-air-conditioned hall (Master Six was awarded student of the week for his class – very exciting!). I added a vintage silver and rhinestone flower brooch, and did my hair in a nice, cool French twist – which almost stays up all day now that my hair is getting longer. 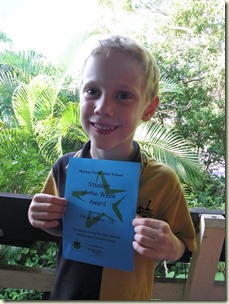 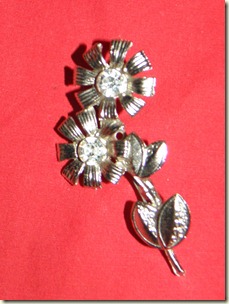 To news of the day:
On 2 March 1942 a Japanese Navy reconnaissance flying boat was spotted over Broome, a small town in north west Australia famous mainly for pearl fishing. During the war Broome had become a significant air base and route of escape for refugees and retreating military personnel, after the Japanese invasion of Java. In fact on the evening of 2 March many refugees had started to arrive in Dornier flying boats , on route the south and east areas of Australia.


The plane cruised at a height of about 12,000 feet, and its passage over the town was quite relaxed, as there were no fighter aircraft based in the area. The local military bosses figured that this meant a Japanese air raid was on the cards. They would be proved right, as at 9:20am the next morning nine pale grey Japanese Mitsubishi A6M2 Zero fighters and a single Mitsubishi C5M2 command reconnaissance and navigational aircraft (staged from the Celebes via Timor) carried out a major air raid on Broome.
In around 20 minutes about 100 allied civilians and military personal were killed, including Australians, Americans and Dutch women and children evacuees, as despite the warning, Broome and the airfield were basically undefended. Around 25 aircraft were also destroyed, including Dornier Flying boats with passengers, B-17 Flying Fortresses, B-24 Liberators, Lockheed Hudsons and DC-3's.
Japanese losses were light, with only a single Zero was shot down over Broome and another one failed to reach its base.

Also on this day, the Koolama, a merchant vessel that had been badly damaged during a Japanese bomb attack in February, while carrying 180 passengers and crew plus supplies for the war effort, sank.
A skeleton crew had re-floated the stricken Koolama and sailed it into the port of Wyndham, while a search party of Aboriginal people and a priest from nearest settlement, Drysdale River Mission, guided a large group of survivors on a 160km walk to the safety of the mission station through rugged terrain, including sandstone boulders and two major crocodile infested rivers.

The crew was forced to abandon ship as Wyndham was hit in the same air raid by the Japanese, and soon afterwards the Koolama rolled and sank in the shallow water off the jetty. 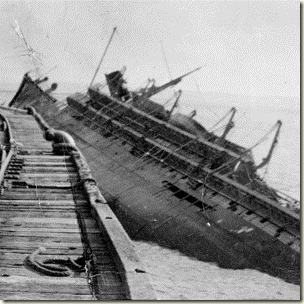 The remains of the vessel still lie just beyond the jetty.

Here are two mentions of attacks on Australian soil that I have found in 1942 issues of ‘The Australasian Magazine.’  This is about the most information I have been able to find from the time (31 January and 28 February 1942). As I have mentioned before, the Australian government didn’t want o worry the people so their accounts of what was actually happening ‘up North’ were limited. 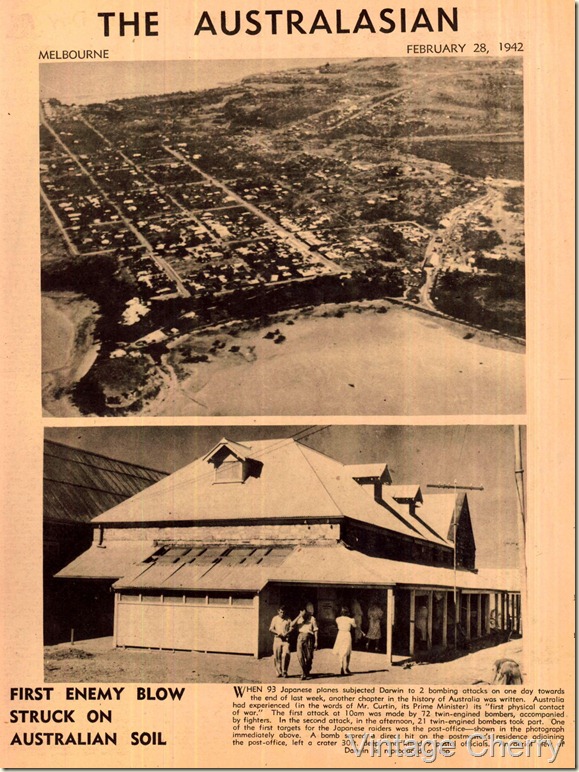 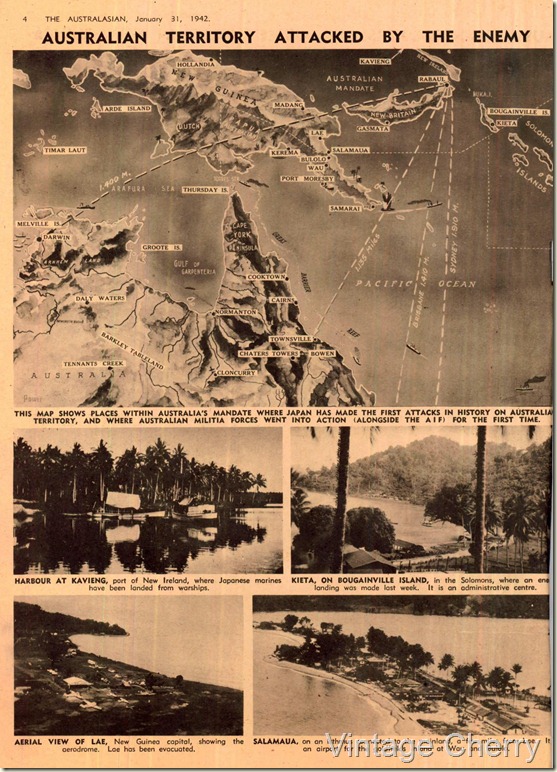