On 2 April 1942 a Japanese reconnaissance aircraft reported the construction of a new airfield 20 miles south of Darwin beside the Daly Waters to Darwin track. Later that same day the new airfield (Sattler RAAF) was bombed by the Japanese. There was minimal damage as there were no Allied planes at the base as it was still under construction.

The airfield was named after Flt Lieut Geoffery Sattler RAAF (1911-1942), captain of a Lockheed Hudson, A16-7 whose plane was shot down by Japanese Zeros in February 1942 . In 1945 Sattler's plane was located and the crew's remains were exhumed from a nearby grave and reburied at Macassar War Cemetery, and possibly moved again in 1961 to the Ambon War cemetery, Ambonia Island, INDONESIA.

Also on this day, the US Air Craft Carrier Hornet left San Francisco and set course for Japan. Lieutenant Colonel James Doolittle was placed in command of this special bomber group, and after air crews had proved that they could take off in a distance equivalent to the flight deck of an aircraft carrier, sixteen B-25s were loaded aboard the ship. To reduce the risk to the American carriers, the bombers would have to be launched 500 miles (804 km) from Tokyo, and with  the range to reach friendly forces in western China.

North of the Midway Islands in the central Pacific, the Hornet was to be joined by the carrier Enterprise which would provide fighter cover for the task force during the long voyage to Japan's home waters and supplement Hornet's own fighters on the return journey to Hawaii. The actual raid took place on 18 April, so I will cover it then. In the meantime you can see some of this action in the movie “Pearl Harbour”, with Alec Baldwin playing Jim Doolittle. 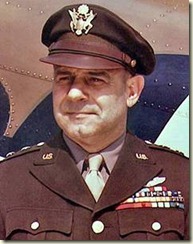 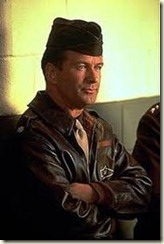 The real Doolittle, and Alec Baldwin

Professor Adolphus Elkin, Professor of Anthropology at the University of Sydney wrote to Prime Minister Curtin on this day in 1942, about the military authorities’ refusal to accept a number of mixed blood Aboriginal men for military service. He felt that the government should ‘take every opportunity’ to give the Aborigines a chance of helping their country ‘either in the fighting services or in auxiliaries to these services or in factories.’  Although the military had officially barred or restricted the recruitment of Aboriginal people in earlier periods, this was significantly relaxed after Japan entered World War II, and Australia came under direct attack for the first time.  It is estimated that approximately 3000 Indigenous Australians served in the regular armed forces and possibly up to 150 in irregular units, although many who helped in the war effort were not formally enlisted, or paid. You can read more about Indigenous service during WWII here.

Flight Sergeant Leonard Waters was Australia’s first and only Aboriginal fighter pilot during World War II.  Len was working as a shearer when he enlisted with the RAAF as a Mechanic Trainee and member of the aircrew, after visiting the defence recruiting booths art the Brisbane showground in mid 1942 .  He did his rooky training at Maryborough in QLD and then transferred to Ultimo in Sydney for his mechanics training course. He was then transferred to Ascot Vale in Melbourne and began his Pilot Training Program in 1943 at Narrandera in western NSW, learning how to fly Tiger Moths.  By 1944 he was flying kittyhawks. 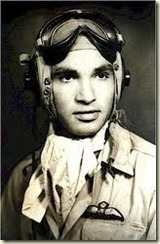 You can read more of his remarkable story, as told by his daughter, here.

Have a lovely day