On 5 April 1942 (Easter Sunday) Japanese bombers began to attack the port of Colombo in Ceylon (now Sri Lanka).  The attack was part of the Indian Ocean Raid, and was followed a few days later by a similar attack on Trincomalee.  The targets were British warships, harbour installations, and air bases with the aim to force the British Eastern Fleet to leave Asian waters.

Colombo had a population of just under 300,000 inhabitants at the time.  Situated on the Kelani River, on the west coast of Ceylon, it was one of the chief ports on the Suez Canal route to Britain and Europe, and ranked sixth among ports of the Empire, and 11th among ports of the world. 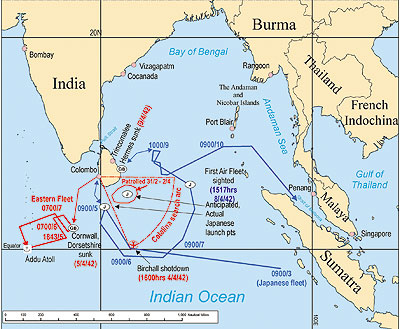 The Japanese attacked the town in force at 8am and lost 27 planes, while 25 more were damaged. Allied losses, including British, Australian, Canadian and US, were reported as “slight.”  A British United Press correspondent in Ceylon reported that “the crews of some Japanese aircraft baled out and some may have landed.  A search has been ordered and rewards have been offered for the capture of information of the whereabouts, of the Japanese pilots.” 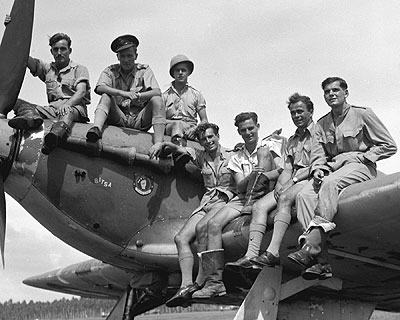