In 1942 soap was used in different forms for cleaning everything from faces and babies to clothes and floors. Sometimes there was just the one soap for everything, as this 1943 ad for Swan soap shows: 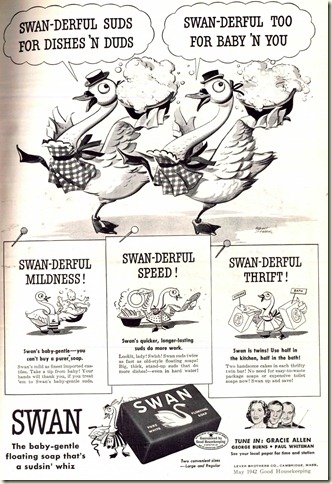 Soap was rationed in the UK during the war, because of the shortage of oils and fats, and many brands  stopped production.  The Pears factory was closed by the Ministry of Supply in 1942. The British soap industry decided that certain brands had to be sacrificed in order to make other brands more appealing to consumers (despite higher prices) as well as to simplify the sales structure. During the war the staff at soap factories, as well as soap salesmen, decreased to around 40% of pre-war figures.

In the Netherlands, soap was rationed immediately after the German occupation in 1939.  Some companies actually did well out of rationing.  Unileaver, for example, actually increased it’s sales in the Netherlands in 1939 (by about 5 tons since 1934), and by 1940 they had 45% of the soap market covered, with product's such as Lux, sunlight, radiance, rinso and Vim.  You can read more about soap rationing during the war here.

Here are some more 1942 ads for face and body soap – brands we know: 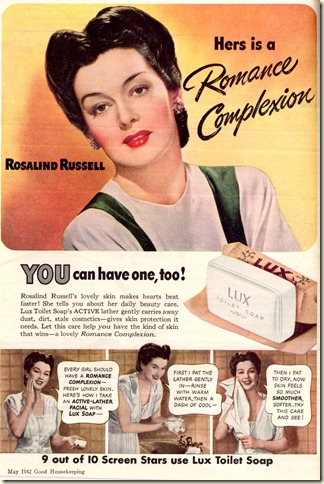 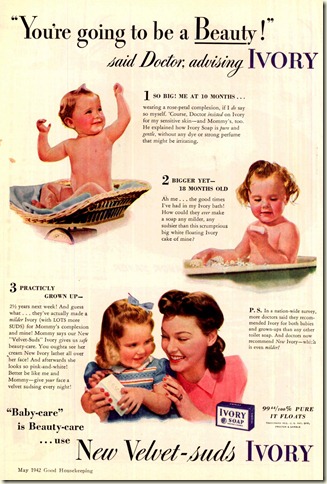 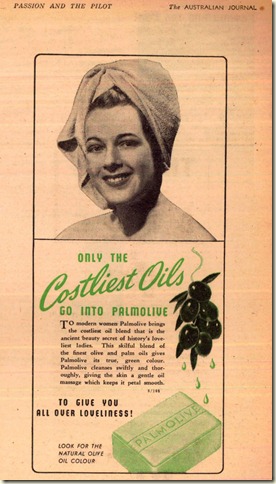 It used to be green – makes sense now! 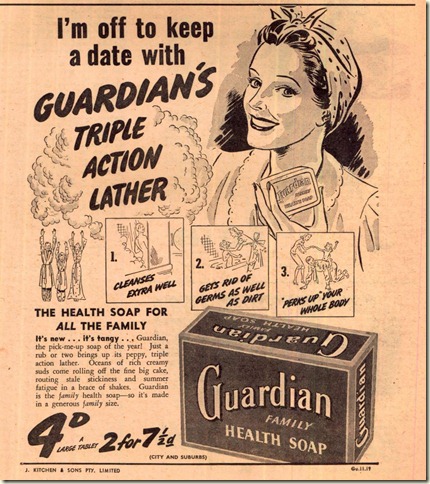 And a brand we may not be familiar with: 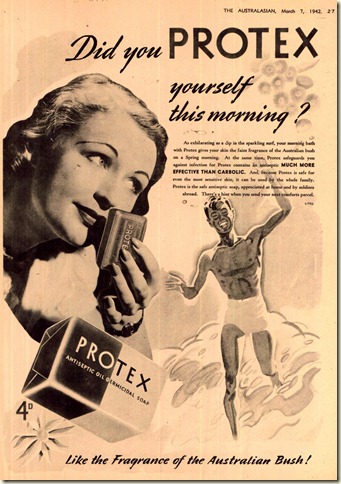 A newspaper article from the Sydney Sun of 10 May 1942 revealed that the Australian Prime Minister, John Curtin, a heavy smoker like may at the time, was affected by war time tobacco shortages just like any other smoker:

Finding it just as difficult as any other Australian to make his cigarette-ends meet is chain-smoking Prime Minister John Curtin. Yet at a Press conference last week with a burst of generosity, pure Socialism, or what-you-will, he produced from a locked drawer his 'hoard' - three small packets of a popular brand and offered to 'loan' a packet to anybody left without cigarettes for the weekend. The Prime Minister's Press secretary, Don Rodgers, promptly borrowed two packets, then spent all his spare time scouring cigarette starved Canberra to replace them. Curtin's generosity prompted an anonymous reader of the Sunday Sun to send two packets of cigarettes to the prime minister.  Mr Curtin was cut down to 12 cigarettes a day during a hospital stay in 1942, and by 1944 had given up smoking entirely due to a heart condition.