I had a birthday last Sunday, and I seem to have been recovering ever since, so excuse my blog slackness.  My husband call November my birthday month, as it seems to go on as we catch up with everyone over a few weeks.

It’s also Movember, a time for men from all walks of life to grow facial hair to promote and raise money for men’s health. If you haven’t’ heard of Movember, head off to the website for more information.  My husband is growing a mo in Movemeber for the first time. Let me tell you, there’s more to growing a moustache than either of us realised.  Apparently the first step is picking a moustache style. I thought the first step was just not shaving!  But of course you have to shave certain areas, and avoid others  which is more work than shaving the whole face, apparently.  My husband has gone with just not shaving above his whole lip, which will probably just give him a chevron style moustache.  This will take longer than the month of November to grow fully, but we'll see how he goes.

According to The American Mustache Institute. which has distinguished itself as the leading authority on moustaches (they just spell it differently), there are 13 different types of moustache.

The chevron, which I have mentioned  a thick and wide moustache, usually worn long to cover the top border of the upper lip, as per  Tom Selleck in full Magnum P.I. mode.  You know what he looks like, and as this a vintage blog, here is photo of a gentleman from around 1900 with a nice chevron moustache. And bowler hat. and maybe a bandage.

The Dali is a narrow moustache with long points bent or curved steeply upward, named for artist Salvador Dali.  I really don't know how he was able to shave above and below the line of growth.  Maybe it grew that way naturally?  Here is the man in the flesh. He did quite crazy things with his. 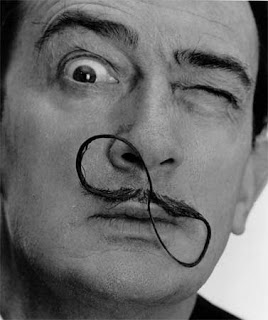 The English is a narrow divided moustache that begins at the middle of the upper lip, with long whiskers pulled to either side of the centre, almost like piggy tails on a girl. The areas beyond the corners of the mouth are typically shaved. The trademark moustache of English villains, such as Terry Thomas. 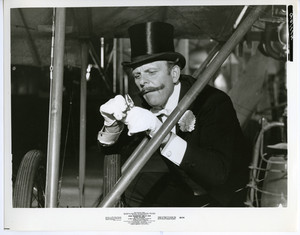 Sir Claude's moustache is almost an English crossed with a Fu-Manchu - waxed upwards instead of hanging down.

A true fu manchu has whiskers grown very long to extend down each side of the mouth down to the to jaw. The areas just past the corners of the mouth are shaven, (thus differentiating this style from the “horseshoe”). A mainstay of karate movie masters and bad guys. Fu Manchu was a series of novels from the 1920s about an evil genius, and has appeared in virtually every form of media.  The early moves didn''t actually feature the long moustache - it was Christopher Lee in the 1960s that sported what we know thing of the classic fu manchu.

The horseshoe is a full moustache with vertical extensions grown on the corners of the lips and down the sides of the mouth to the jawline, resembling an upside-down horseshoe, and therefore popular with modern cowboys, and now also bikers (and wrestlers like Hulk Hogan). The whiskers grown along the sides of the mouth in the horseshoe are sometimes referred to as “pipes.” Not to be confused with the “fu manchu” which is grown long from the upper lip only– the sides remain shaven in the fu manchu.  Here is a handsome man from around the turn of  the century sporting a Horseshoe Moustache and Goatee (Photographed By F. J. Weber & Bro. Erie, PA). 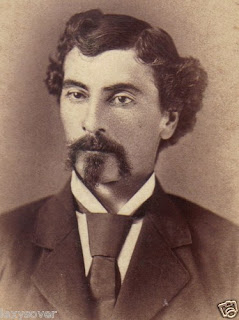 I am going to leave it there for today, but I'll look at the other moustache types next time.  As usual the post has taken longer than I imagined, as I keep getting distracted by old photos. 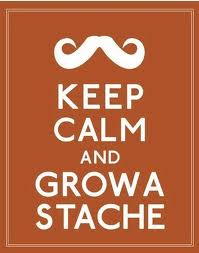 if you can, when faced with the moustache symbol that seems to have taken off over the recent year, and made itself into some sort of Warhol modernist symbol, manifesting on every possible t-shirt, mug, earring, sticker, tattoo, dummy (pacifier) and even hairstyle across the town. Points in fact: 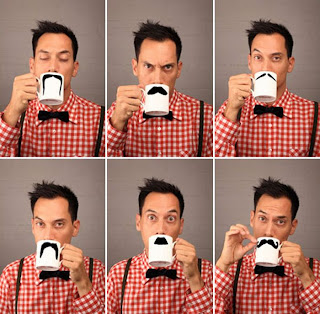 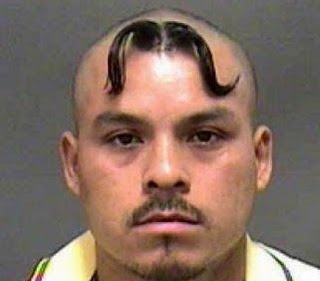 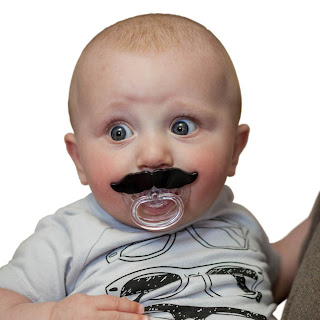