First the  handlebar moustache, which can be worn either large or small (“petit handlebar”); it is characterized by the fact that it is bushy and must be worn long enough to curl the ends upward, which is usually achieved with styling wax.  I would call  Hercule Poirot’s moustache (as portrayed by David Suchet) a petit handlebar. 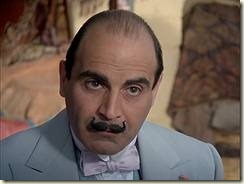 For some reason Hercule always reminds me of Mr Monopoly, or Rich Uncle Pennnybags, maybe it the dapper suit, I’m not sure, but he also has a handle bar moustache, but not a petit one. 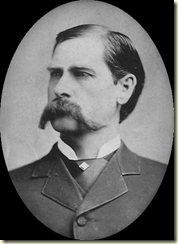 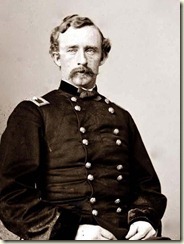 General George. A. Custer. This photo was taken between 1855 and 1865, (after the Civil War he had more of a walrus moustache, which I’ll look at later.) 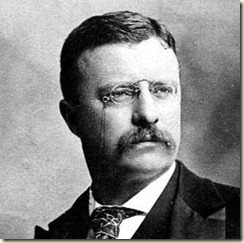 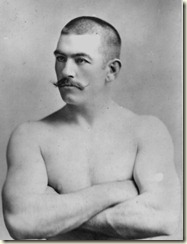 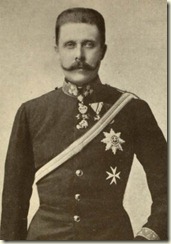 Archduke Franz Ferdinand, whose death in 1914 sparked WWI.
The handle bar moustache appears to have been popular from the mid 1800s to about the 1940s, as these few photos show. 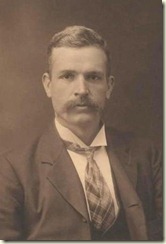 Andrew Fisher (29 August 1862 – 22 October 1928) was Australia’s fifth Prime Minister , from 1910, on three separate occasions, and also seems to be the last Prime Minister who sported a moustache. 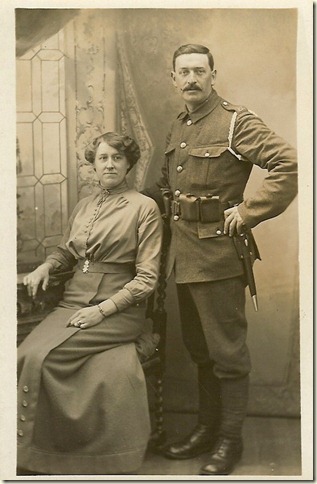 A Great War studio portrait of a British private and his wife, c. 1915. source 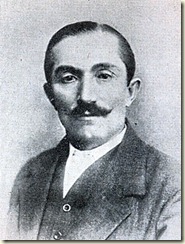 Wincenty Witos, Polish Prime Minister 1920, 1923,1926.
More information about handlebar moustaches, including how to apply wax, can be found at the Handlebar Club.
Rather than waxing the moustache upwards, some decided to let it grown upwards, and so the Imperial.

A large moustache growing from both the upper lip and cheeks, whiskers from the cheeks are styled pointing upward.  A style favoured by British Imperialists of the 18th and late 19th centuries in particular. 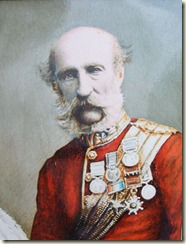 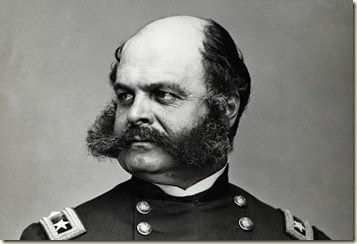 Ambrose Burnside was an American soldier, railroad executive, inventor, industrialist, politician from Rhode Island, and a Union Army general. He took the imperial moustache to a whole new level, and not surprisingly, the sideburn is named after him.
It’s not my favourite style, I must admit, although this prize winning moustache from  Otto  Schmidt of Germany is quite spectacular! 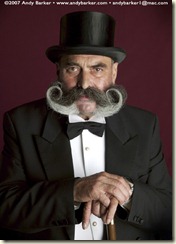