In a story worthy of Agatha Christie Donald Jadwin, wealthy son of a Brooklyn wholesale pharmacist, shoots his young wife, rom whom he had been separated for 10 days, at a dinner party before shooting himself.

Jadwin, 26, had met MinnaVan Bergen , 19, on an Atlantic crossing two years earlier.  They were married on 6 June 1912, but separated by the end of the year.

Jadwin had been drinking heavily since the quarrel and separation with his wife.  They had been staying at the home of Mrs. Anna Bauer, 2512 Pacific avenue, where only seven months earlier the happy couple had wed.  Mrs. Jadwin refused to see her husband repeatedly, and about an hour before the shooting he telephoned to her, but when she heard his voice she hung up the receiver and declined to talk.  Jadwin then snuck into the house through the servants entrance and interrupting a family dinner party approached his wife for a kiss, whereby he put two guns against her breast and fired one of them twice.  He ten took the other gun and fired two bullets into his brain.  Minna stood up then convulsed and died, and Jadwin died later in hospital.

It’s a terribly sad story, and the murder was witnessed by members of the family, including Minna’s mother, Mrs. Edward A. Van Bergen,  her brother Nicholas Van Bergen and her aunt and her husband, Charles J. Foster.

There were a number of murders in 1913.  It appears that people weren’t so different 100 years ago,  and despite us having experienced two world wars, we really haven’t evolved too much, as recent shooting sin the US would prove. the other well known murder cases were these:

April - John Vickers Amos, 35-year-old innkeeper, shot a police sergeant, a constable and a woman at the Sun Inn, Bedlington, UK, after Amos had been told a Mr Grice would take over the tenancy as there had been a shortfall in takings.  More here.

April - “little Mary Phagan” was murdered at the National Pencil Factory in Atlanta, Leo Frank was tried for the murder, and in 1915, he was lynched by an angry mob in Marietta. Since then, the case of Leo Frank has been closely studied and debated especially regarding Jewish and American relations. Lots more here and here. 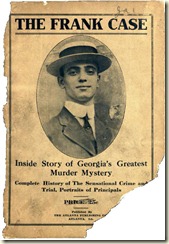 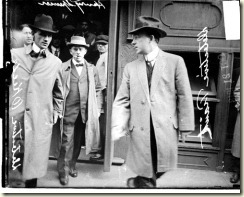 Cheery I know, but fascinating not the less!