On 18 January 1913, the ship that had delivered the British Antarctic Expedition in June 1910, The Terra Nova, was finally able to break through the ice outside of Antarctica's McMurdo Sound to pick up the Northern Party, the remaining members of the expedition that had set out to locate the Southern Party that had been led by Robert Falcon Scott.
Scott’s expedition had attempted to be the first to reach the geographical South Pole, but when they reached it on 17 January 1912, they found that a Norwegian team led by Roald Amundsen had beaten them by 33 days. 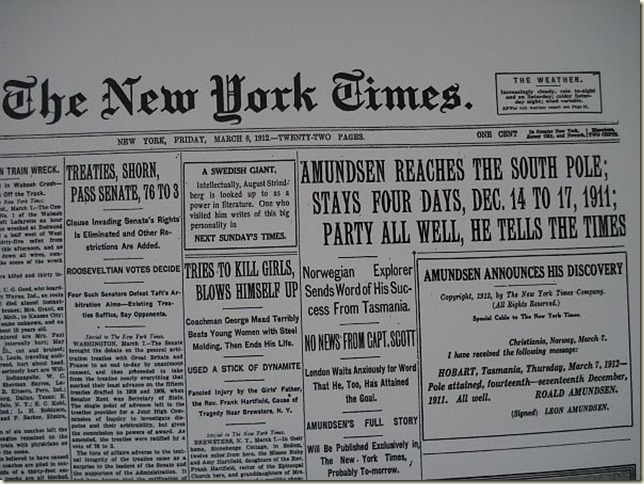 Breaking news in the New York Times March 8, 1911, “Amundsen reaches the South Pole” source
Scott's entire party died on the return journey from the pole; some of their bodies, journals, and photographs were discovered by a search party eight months later. 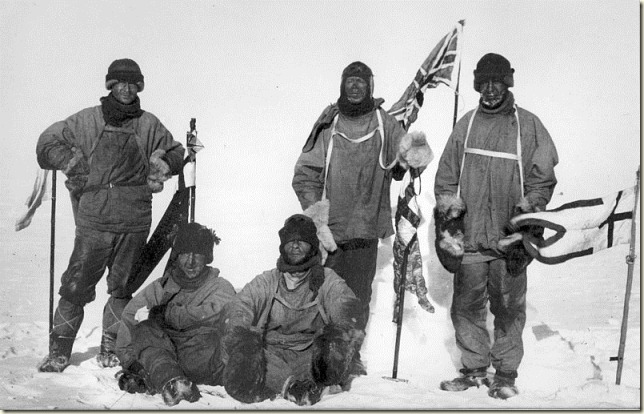 Scott's party at the South Pole, 18 January 1912. L to R: (standing) Wilson, Scott, Oates; (seated) Bowers, Edgar Evans  source
Victor  Campbell was Scott’s second in command and head of the  Northern party that had sailed north and  put ashore at Robertson's Bay, near Cape Adare, where they were forced to spend the winter.  In January 1912 the Terra Nova took them 250 miles (400 km) south of Cape Adare and 200 miles (320 km) northwest of Cape Evans.   They spent another miserable winter with limited rations, supplemented by the occasional penguin and seal, as the ship could not reach them because of heavy pack ice. They built an ice cave on Inexpressible Island and finally on 30 September 1912, they set off for Cape Evans, arriving on 7 November after crossing more than 200 miles (320 km) of sea ice. 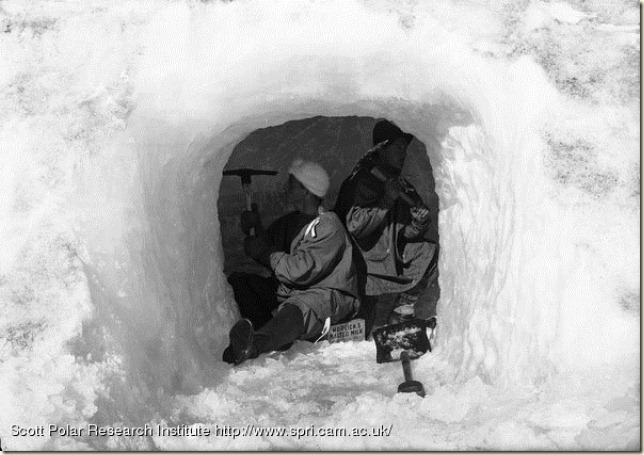 Evans and Nelson making ice-cave. Jan. 12th 1911.
After learning of the death of Scott and the entire Polar party, as the senior remaining Naval officer, Campbell assumed command of the Terra Nova expedition for its final weeks, after reporting to the  crew that Scott's party had reached the South Pole on January 17, 1912, but had all died on the return journey. 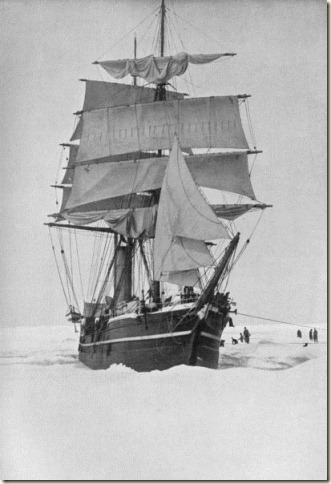 The Terra Nova  source
The Amundsen-Scott South Pole Station was established in 1956-57 for scientific research, and has been staffed ever since by researchers and support personnel. During the Australian summer, from about November to March, about 250 scientists live at the station. That number drops to between 50 and 60 when the winter season descends, with its constant darkness and extreme temperatures.
Antarctica is now a popular tourist destination, during those summer months when the sun never sets, for those willing to spend big. Tourists pay tens of thousands of dollars for the trip, mostly to see penguins and icebergs, but you are able to actually travel to the Geographic South Pole, the southernmost point on the planet,  like the early explorers.  – it’s marked by a small sign and a tall stake driven into the ice, which is moved about 10 meters per year to compensate for the movement of the ice. 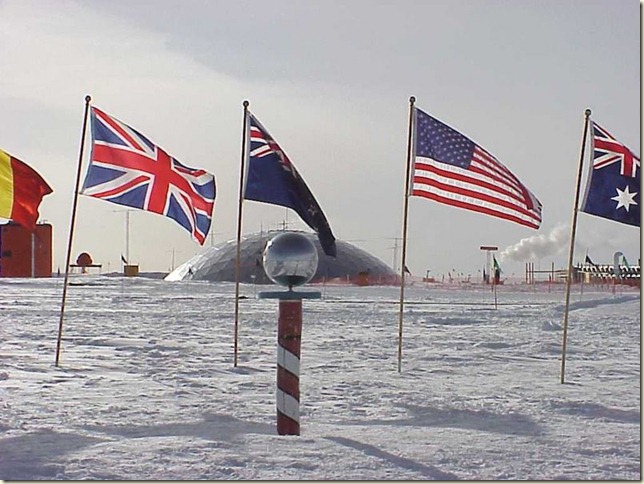 The ceremonial south pole is used for photography purposes - the shiny metallic sphere atop a small red-and-white striped pole is located a short distance from the Geographic South Pole, and is surrounded by flags of the Antarctic Treaty countries.
I don’t think it’s in my top five places to visit.  What about you?
Deb xx
as usual, more photos on tumblr and ignore the underlining it won’t turn off