Back to vintage technology today.

Before the telegraph there was the Heliograph, an instrument that reflected the sun's light to an observer at a distance.  In Greek, helios, means "sun", and graphein, meaning "write.  Its main uses were in the military (army and navy), survey and forest protection work.  Heliographs were used in the Zulus Wars of 1879 and the Boer Wars, and were standard issue in the British and Australian armies until the 1960s.  They were used by the Pakistani army as late as 1975. 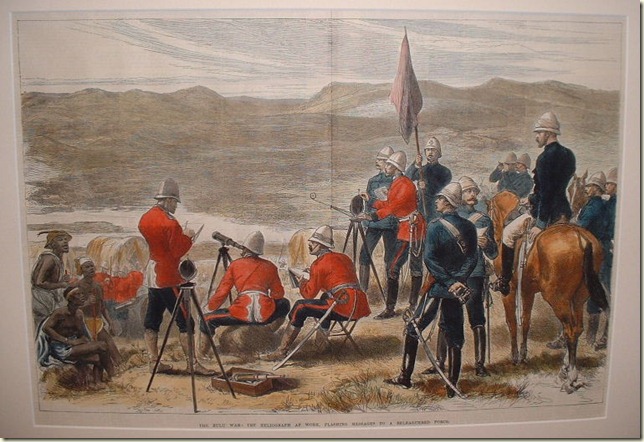 Wood engraving of the heliograph at work in the Zulu wars, Published by the Illustrated London News, 1879 source

The first recorded use of heliograph comes from 405 BC when the Ancient Greeks used polished shields to signal in battle. In about 35 AD, the Roman emperor Tiberius, by then very unpopular, ruled his vast empire from a villa on the Isle of Capri. It's thought he used a heliograph to send coded orders every day to the mainland, eight miles away. 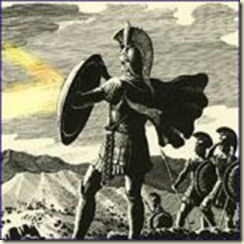 The first modern documented use of a heliographic device came in 1821, when the German professor Carl Friedrich Gauss developed and used a predecessor of the heliograph (the heliotrope) which directed a controlled beam of sunlight to a distant station.  It was meant to be used for geodetic survey work, but was later used extensively by the British and the American armies as a 'wirefree' field telegraph - using Morse Code.

The simplest heliostat is a mirror hung up at a distant station so as to reflect a flash to the observer whose station may be up to 80 miles from it.  For survey work the mirror can be adjusted so that the flash occurs exactly at some prearranged hour, and if fitted with clock-work, the mirror can be made to revolve with the sun, and so to reflect a beam of sunlight steadily in one direction. If the beam or flash of light is interrupted, either by momentarily pivoting the mirror, or by interrupting the beam with a shutter, a code such as Morse code can be sent to the observer. 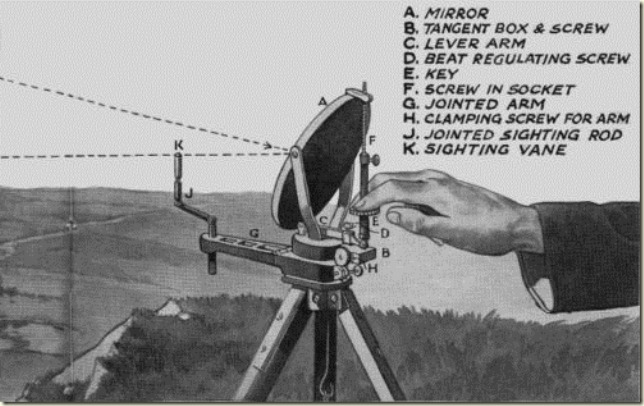 The following is a description of the Heliograph from the Telegraphic Journal, reprinted in the Brisbane Courier Mail in 1881.
The apparatus consists of a metallic bar sup-ported in a perpendicular position by tripod legs ;at the summit of this is a ball and socket joint with a very short arm, to which is fixed a circular  mirror 3 in. in diameter, having a small hole pierced through the centre of the backing and the silvering removed at that point. A short distance below the ball and socket joint, a light arm, about 8in. in length, and also movable by a ball and socket joint and clamped by a screw behind, is affixed to the standard. The outer end of this arm is fitted with another circular mirror, removable at pleasure and capable of adjustment to any angle. There is also a sight vane consisting of an oblong piece of metal with a V-shaped nick in the centre of one of its ends; this can be attached to the end of the arm in place of the second mirror when occasion requires.This completes the apparatus, which the inventor has constructed so as to fit into a leather bag 13in. long, 3 1/2 in. wide, and 1 1/2 in. deep, and which weighs about 2lb. 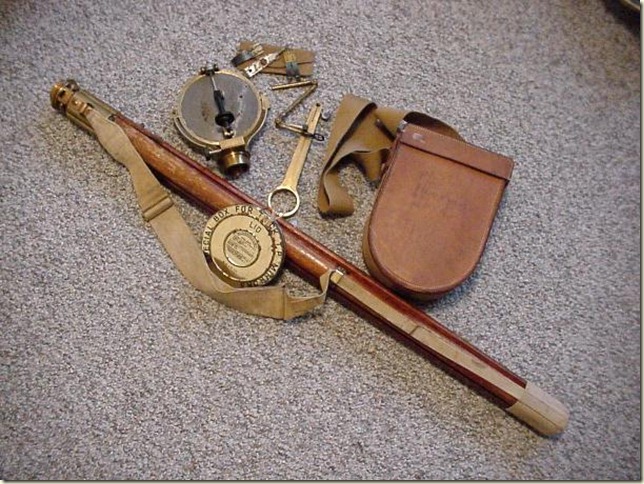 During the First World War wired telephones were used where possible but this involved laying landlines which was a hazardous job due to enemy shelling. The Heliograph was used for signalling to a distant point, and was normally set it up on high ground, quite close to the frontline troops.  These signallers provided vital information back to their Company and Battalion H.Q.

In deserts and in most parts of Australia where there is little coverage, the heliograph was a great means of communication.   In 1932, 16 year old Vera Halifax used a heliograph to save her life.  Vera lived with her father on a remote quarantine station, 10 miles out of Darwin. She was stricken with acute appendicitis and summoned help by  sending a message in Morse code by heliograph. A launch was sent to the station and she was rushed to hospital where an immediate operation was successfully performed. Vera was taught how to signal by Mr. Gordon Cowper, the Government engineer who runs the launch to the station so she could obtain news from Darwin each day, and it was he  who saw her frantic call for help and brought her to hospital.
In 1941 an appeal was launched for AIF recruits. The posters showed  Australian heliograph signallers at work in the desert.

With the advent of the ‘wireless’ or radio after 1900, the use of heliographs declined. Today they are mainly used by reenactors, although compact versions are popular with bushwalkers and survivalists. 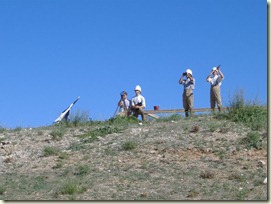 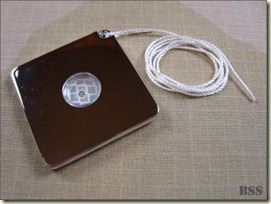 With the floods and fires we are having in Australia at present,  and the communications difficulties they present, keeping one in the kit may not be a bad idea!